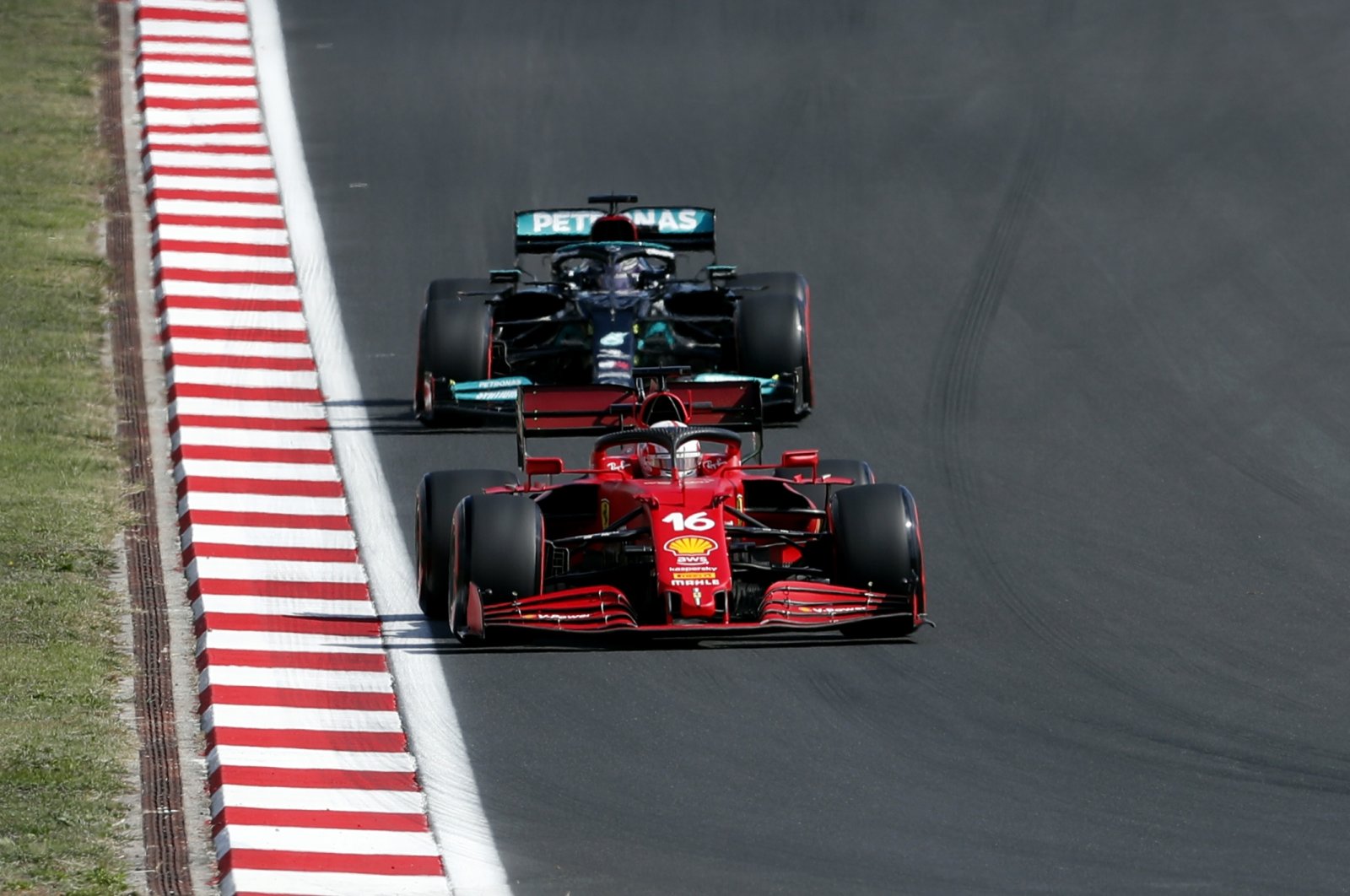 Turkey returned to the F1 calendar in 2020 after nearly a decade away with a resurfaced track that lacked grip in wet conditions.

The drivers were unimpressed, and organizers reacted to the criticism ahead of this weekend’s Turkish Grand Prix by water-blasting the asphalt to make it more abrasive.

Mercedes’ world championship leader Lewis Hamilton, who last year called the track “terrifying” and joined other drivers in comparing the surface to ice, said after lapping fastest in Friday practice that the track was “much, much different.”

“I didn’t really know what to expect when we went out there today but, Jeez, so much more grip than we’ve ever had before,” said the seven-time world champion who smashed the track record.

“It’s intense how much grip there is out there, which is awesome.

“So it’s made it a much, much more enjoyable track to drive, much more like it was before (years ago),” said the Briton, who will be taking a 10-place grid penalty Sunday for exceeding his season’s engine allocation.

Hamilton’s Red Bull championship rival Max Verstappen, who was off the pace in Friday’s practice, said the track was now “super-nice.”

McLaren’s Daniel Ricciardo said the track was “completely different” to last year, adding his car was a lot quicker than in the 2020 race.

Istanbul Park, which hosted F1 between 2005-2011, offers good opportunities for overtaking but weather forecasts have shown rain is expected this weekend and strong winds posed a challenge for some drivers on Friday.

Red Bull team boss Christian Horner said the track was “a lot grippier” than last year and Ferrari racing director Laurent Mekies commended officials for their work on the circuit.

“I think all the drivers have enjoyed a much higher grip level compared to last year. We’ll see how it will evolve during the weekend but certainly, we are in a much better place than last year,” Mekies said.

Racing with a new engine, Hamilton posted the fastest time in both practice sessions for the Turkish Grand Prix.

He led the first session ahead of Verstappen and the second from Ferrari’s Charles Leclerc, who drove impressively in both.

“The (engine) changes were OK,” Hamilton said. “I’m not sure it felt as good in the second session.”

Hamilton is F1’s record holder with 101 pole positions and he needs a strong performance in Saturday’s qualifying to limit the damage from a 10-place grid penalty for the engine change.

“I need to be on pole to limit the loss," said Hamilton, who trails Verstappen 7-3 for poles this season.

Even if Hamilton gets pole No. 102, he will start 11th and will be battling through traffic. The Alpine of two-time F1 champion Fernando Alonso, the Ferrari of ultraquick Leclerc and the McLarens of the wily Daniel Ricciardo and highly talented Lando Norris could be tricky to pass.

“They (Ferrari) are going to be hard to pass, as are (Alpine) and McLaren,” Hamilton said.

Hamilton was brilliantly held up for 20 laps by Norris at the Austrian GP in July and superbly blocked by Alonso at the Hungarian GP in August when his teammate Esteban Ocon won a dramatic race.

“They (Alpine) seem to be improving more and more," Hamilton said.

A record-extending 101st career F1 win for Hamilton looks unlikely, then, unless circumstances go his way.

When Hamilton came into the garage 10 minutes into the second run, it was because of a lack of grip on his front tires.

Once the issue was sorted the Mercedes star topped the leaderboard midway through P2. He finished it .17 seconds ahead of Leclerc and .41 ahead of teammate Valtteri Bottas.

Verstappen, who lacked his usual speed and finished fifth behind his Red Bull teammate Sergio Perez, said the team needed to sort out different things before the final practice and qualifying.

“It looks like we have a lot to go through this evening because today wasn’t the best of days," the Dutchman said. “We’re still looking around for improvements as we don’t have a lot of data on these cars for this track.”

Although conditions were dry at Istanbul Park, veteran Kimi Raikkonen got his feet wet when his drinks bottle leaked onto his boots. The Finn did not live up to his nickname “The Iceman,” using a string of expletives to describe the effects as he berated Alfa Romeo's mechanics.

Earlier, Hamilton placed .43 ahead of Verstappen and .48 clear of Leclerc, with Bottas fourth.

Hamilton leads Verstappen by two points with seven races to go including this one.

But that lead could well be lost on Sunday. Hamilton’s grid penalty is for going over his allocation of three engines for the season. Mercedes fitted a fourth combustion engine Friday.

“Lewis is taking a penalty on Sunday but we have to focus on ourselves,” said Verstappen, who has 17 wins and 11 poles. “Hopefully we can make improvements before qualifying.”