F1 in talks with Turkey about long-term deal, CEO says 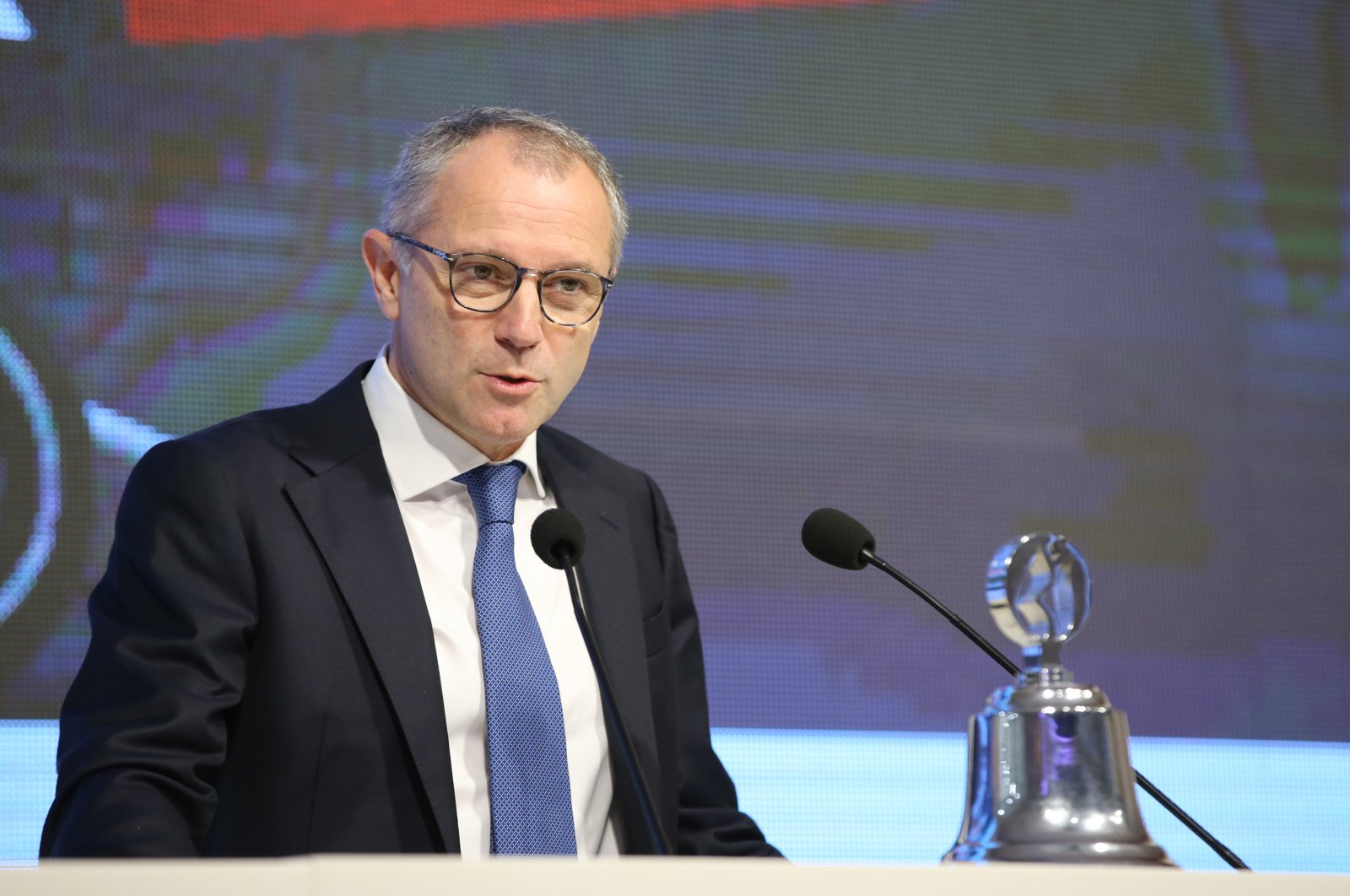 CEO of the Formula One Group, Stefano Domenicali, speaks during a press conference ahead of the Turkish Grand Prix, in Istanbul, Turkey, Oct. 8, 2021. (AA Photo)
by Daily Sabah with Reuters
Oct 08, 2021 9:14 pm

Formula One is discussing a long-term deal with the Istanbul Park circuit after Turkey again stepped in as a race replacement on this season’s calendar, the sport’s chief executive Stefano Domenicali said Friday.

Turkey returned last year after an absence of nearly a decade, with Mercedes’ Lewis Hamilton clinching a record-equaling seventh championship in a wet and slippery race.

Istanbul Park operator Intercity has been seeking a long-term contract since then, but the announcement last week of a 10-year deal with Qatar from 2023 has added a further complication.

The sport will have a record 23 races next year already and could stretch to 24 in 2023.

Domenicali said, however, that it was “a matter of having the right mix” and aligning “strategic goals.”

“Of course there are discussions that are taking place over the next days, weeks,” he told reporters after an event at the Borsa Istanbul Stock Exchange (BIST).

“The calendar is for sure full, but there are places where maybe we have other choices for the future.”

Speaking alongside Domenicali, Intercity Chairperson Vural Ak said they were working to secure a contract of up to 10 years.

“As Mr. Domenicali said, there may be many things that change – it’s full of surprises – but as Intercity Istanbul Park we are always ready,” Ak added.

Despite the track being popular with drivers, the Turkish Grand Prix drew low crowds when Turkey hosted races between 2005-2011.

Intercity has said they expect some 100,000 fans to attend over this weekend, in contrast to last year’s spectacle that was held without fans due to pandemic measures.

This weekend’s event is set to inject a fresh shot in the arm for Istanbul tourism, in a morale booster for the metropolis that has been trying to get back on track from the fallout of the coronavirus pandemic.

The event could bring in at least $150 million in revenues, Turkey Hoteliers Association (TÜROB) Chairperson Müberra Eresin said this week, even suggesting Istanbul hotels would enjoy a peak not seen in the last two years.