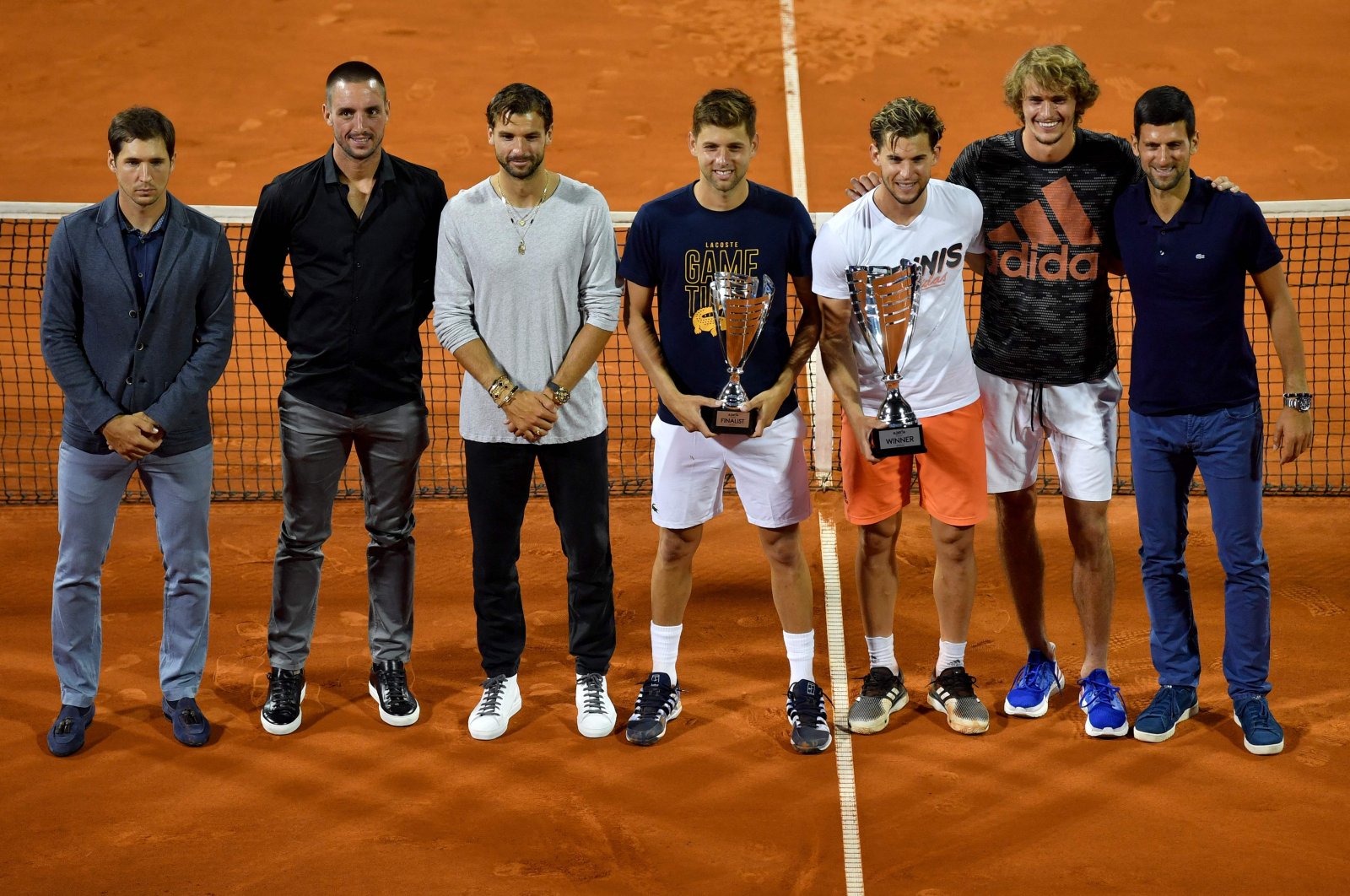 Less than a year after his charity event in Belgrade ended in a COVID-19 fiasco, World No. 1 Novak Djokovic will relaunch the Serbia Open tournament Monday.

Djokovic was among several players to test positive after last year's event, which was held in front of thousands of fans with no social distancing.

Organizers, however, insist that the forthcoming ATP clay-court event scheduled for April 19-25 will be very different – no fans will be allowed and COVID-19 protocols will apply.

The Novak Tennis Centre in Belgrade will also stage a second clay-court event from May 24 on the eve of Roland Garros.

Apart from Djokovic, other top players in Belgrade this week's event will include Italy's Matteo Berrettini, as well as Russian sensation Aslan Karatsev who made the Australian Open semifinals earlier this year.

The tournament is organized by the 33-year-old's family with his younger brother Djordje acting as director and will be played in his "Novak" facility where he regularly trains.

The Serbian capital stepped in, relaunching the Serbia Open after a nine-year hiatus after Budapest withdrew from organizing a tournament.

Fans will not be allowed in the stands, while the players will have to follow "strict security protocols" prescribed by the ATP, Djordje Djokovic told the N1 TV channel.

"Masks will be mandatory, inside and outside. We want to respect the rules in order to protect the players."

He added that the players would be housed in "controlled spaces", noting that "isolation is currently a necessity."

According to tennis expert Nebojsa Viskovic, organizing the tournament by the book is crucial to revamp the world No. 1's tarnished reputation as a host.

"The organizers will certainly want to improve this image (of Djokovic) and this is what motivated their decision that there would be no audience this year," Viskovic told Agence France-Presse (AFP).

Shirtless in a nightclub

Djokovic and other tennis stars including Dominic Thiem and Alexander Zverev were heavily criticised after being photographed partying shirtless at a teeming Belgrade night club.

The inevitable happened. Djokovic and his wife Jelena were among a clutch of people linked to the event to test positive for the virus – Grigor Dimitrov, Borna Coric and Viktor Troicki also falling ill.

The tournament – branded by the media as a "coronavirus horror show" – was abruptly canceled because of the infections, Djokovic later saying he was "deeply sorry" that the tournament "caused harm."

'They are only human'

However, the Adria Tour was held in accordance with Serbian regulations at the time – most restrictions had been lifted ahead of parliamentary elections.

"We trusted the Serbian government's coronavirus rules, but we have been too optimistic," Thiem, who tested negative, said after the tournament.

According to Viskovic, players were also "a little too euphoric" at getting back to the game in front of the fans after months of isolation.

"After all, they are only human", he said.

"Perhaps the criticism was too harsh, the organizers did not do anything against the rules," Serbian player Troicki told AFP.

He said the Adria Tour perhaps came too soon but insisted "this time there will be no problems".

However, even after the tournament, Djokovic continued to spark controversy, particularly with his opposition to vaccination.

The Serbia Open had four editions between 2009 and 2012 and the organizers not only intend to maintain the slot in the circuit's schedule but also to raise it to the next level.

"The ATP is so far very satisfied with what we have done and we hope to get the best marks and, within a year or two, get rewarded with an ATP 500 licence" Djordje Djokovic said.

A WTA Serbia Open tournament for female tennis players will be held also in Belgrade from May 16.

Djokovic, who suffered his first loss of 2021 in Monte Carlo on Thursday, is the top seed in Belgrade and has a bye in the opening round.