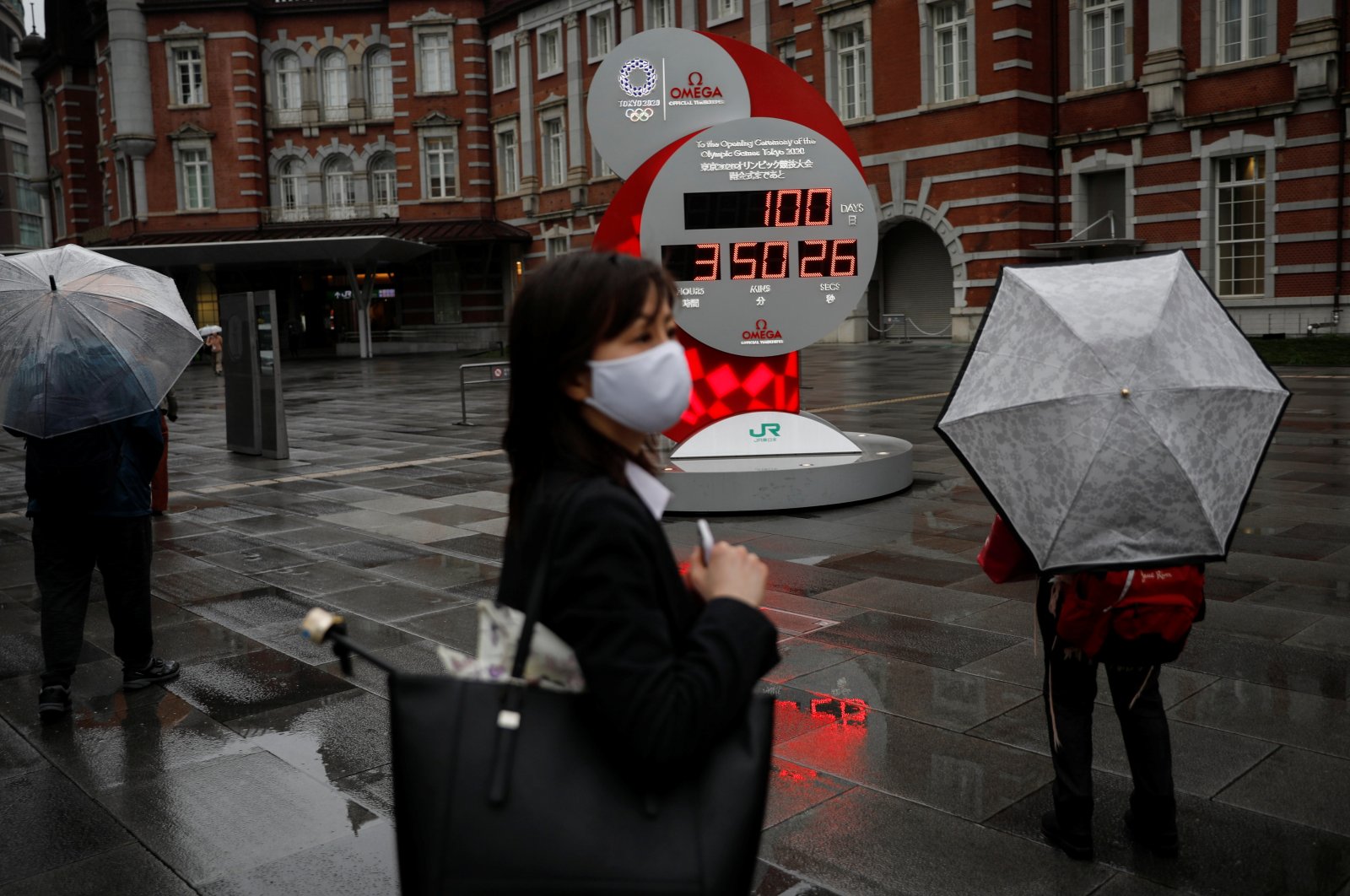 The Olympic flame is on its way across Japan and athletes around the world are ramping up training, but 100 days before Tokyo 2020 opens, organizers still face monumental challenges.

Virus surges, including in Japan, are playing havoc with preparations and fueling uncertainty about whether the Games can, or should, happen this summer.

The torch relay has been pared back, overseas fans will be barred for the first time and rising infections mean Tokyo and several other parts of Japan are under new restrictions.

Despite that, the tone from organizers and Olympic officials is still one of confidence, with public pronouncements focused on how and not whether the Games will happen.

They have some cause for optimism.

The Olympic torch relay kicked off in Fukushima last month, albeit with spectators barred from the launch ceremony, and vaccination programs are underway in many countries, with some athletes already inoculated.

Japan won't require Olympic participants to be vaccinated, but the International Olympic Committee is encouraging jabs and has secured Chinese-made doses for athletes in countries without access to them.

In Japan, sports events are still on, with crowd numbers capped, and fans have become used to virus rules that will be implemented at this summer's Games, including a ban on cheering.

North Korea's decision to skip Tokyo 2020 over virus concerns has not prompted a rush for the exits, with athletes mostly seeming impatient for a return to the international stage.

"These past 14 months have been very motivating for all of us," five-time Olympic gold medallist swimmer Katie Ledecky said last week.

"Once we get there we really want to show the world all the work that we've put in."

In Japan, swimmer Rikako Ikee has added a feel-good factor by winning a spot on the Olympic relay team just two years after being diagnosed with leukemia.

But it's far from all good news, just over a year after the historic postponement.

COVID-19 surges across Japan have forced the government to tighten restrictions only weeks after they were lifted, and test events and qualifiers have been disrupted by anti-virus border controls.

On Wednesday, the head of Tokyo's Medical Association warned the rising infections could make holding the Games "really difficult."

And in Osaka, the spike has forced the Olympic flame off public roads and onto a closed course at a park with spectators kept out.

Despite the problems, Tokyo 2020 organizers say they are confident "we will be able to deliver a safe and secure Games."

They have released "playbooks" outlining anti-virus measures, which will be updated later this month, hoping to allay the fears of a public still largely opposed to holding the Games this year.

Tens of thousands of athletes and other Olympic participants arriving from overseas will be able to skip quarantine, and are not required to show proof of vaccination.

But athletes will be asked to limit their movements, stay only at the Olympic village during their events and face regular virus testing.

Overseas fans have already been barred from the Games, and a decision on domestic spectator numbers could come in April.

Still, the atmosphere will be far from the usual rowdy celebrations, and it remains unclear how strong demand for tickets will be when they finally go back on sale.

Polls show most Japanese back either a further postponement or cancellation, but the numbers in favor of holding the Games this summer have crept up, to around 27% in March, from just 11% in January.

"The COVID-19 situation will naturally influence the public view of the Games," organizers said in response to questions from AFP.

They noted that most Olympics face criticism before they begin, but said they expect the mood to change once athletes take the stage after the July 23 opening ceremony.

"Every time, we are inspired by their strength and resilience, and that will be truer than ever this year."