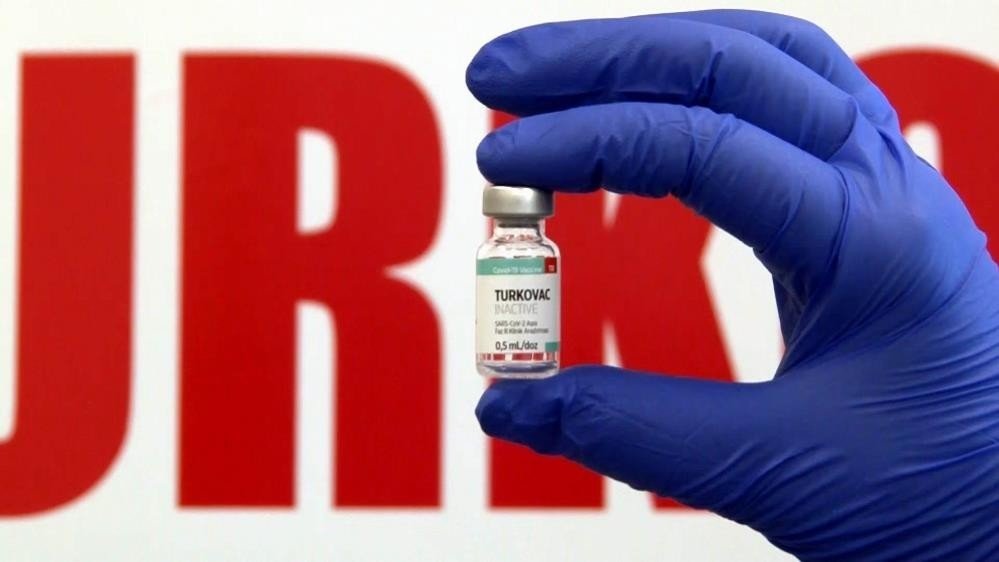 As Turkey continues its battle against the pandemic, the country is also intensifying its efforts to introduce its locally produced vaccine

“We want to keep all the schools open until the end of this year,” professor Ilhami Çelik, a member of Turkey’s Coronavirus Scientific Advisory Board, said in a statement on Sunday, emphasizing the country’s vaccination efforts and informing the public that the locally developed Turkovac vaccine will conclude its Phase 3 trials soon.

Speaking during an event in central Anatolian Kayseri province, Çelik said that emergency use approval will be granted to Turkovac depending on the results of its Phase 3 trials.

“This is an obligation during such times. You cannot wait 15 years for a vaccine during a pandemic,” he said.

“Therefore, safety is very important in Phases 1 and 2. First, the vaccines are given to a small group then to thousands of people, enabling us to see its adverse effects and recognize its safety. We are doing this quickly,” Çelik added.

Turkovac, previously known as ERUCOV-VAC before President Recep Tayyip Erdoğan renamed it, was developed in seven months by a team of scientists led by professor Aykut Özdarendeli. It started its Phase 1 trials in November 2020. Phase 2 trials began on Feb. 10, and as yet no side effects have been reported among volunteers.

Turkovac was developed by scientists at Kayseri's Erciyes University and started its Phase 3 human trials in June. The inactive vaccine is now at the emergency-use approval phase, and Health Minister Fahrettin Koca announced that its mass production will likely begin later this month pending approval.

As Turkovac is in its final rounds of testing, the vaccine’s developers also launched a comparison study between it and China's CoronaVac in Istanbul and the capital, Ankara. The study will examine the efficacy level of both vaccines after their third doses. Volunteers without a history of COVID-19, between ages of 18 and 59 and who have received two doses of CoronaVac have been admitted to the study of 220 people. Researchers aim to see which jab is safer and more efficient for the third dose. Volunteers will be monitored for their antibody levels and possible side effects in a double-blind study carried out over 168 days. The study runs parallel with another study where volunteers are divided into two groups: those injected with CoronaVac and those injected with Turkovac for first doses.

The scientist also underlined that even though the mRNA method is still relatively new in making vaccines, it creates more antibodies compared to inactive jabs.

“You all need to get coronavirus vaccines,” he said, calling upon the nation to get vaccinated as soon as possible.

“Nevertheless, I can say this clearly that mRNA vaccines create more antibodies. We cannot deny this. These vaccines provide a better antibody response,” Çelik added.

“With the inactive vaccines, you make the virus unable to lead to illness. For example, Sinovac and Turkovac vaccines are like this,” he said.

The country once ranked sixth in terms of vaccination in the world, but the drive has somewhat slowed down, now ranking Turkey eighth globally.

“We want to keep the schools open”

“Please wear your masks while you’re at schools,” he warned.

“I have seen this in my own children. They cannot concentrate if they don’t go to school, they cannot focus on their education,” Çelik said, concluding that schools will be kept open with strict precautions applied.

The Minister of National Education recently also insisted that Turkey will not shut down in-person education in the face of the increasing number of coronavirus cases.

Mahmut Özer said in a televised interview on Friday that they would carry on with the current measures in case of infections at a school; that is, closure of the classrooms with COVID-19 cases instead of closure of the entire school.

Education is viewed as one of the primary fields that cannot tolerate more disruptions, according to experts, pointing out that millions of children are already lagging behind due to the closure of schools for months last year.

Encouraged by a decline in cases early last summer, when other pandemic-related restrictions were also lifted, the ministry resumed in-person education. Unfortunately, it coincided with a resurgence in the daily cases. Daily cases have been around 29,000 over the past few weeks, with fatalities well above 200 daily.

Özer told CNN Türk on Thursday night that, so far, they had temporarily shut down 5,900 classrooms across Turkey where coronavirus cases were detected. He said schools were still “the safest places” in the pandemic. He downplayed the number of closed classrooms and said they constituted less than 1% of the total number of classrooms.

The minister highlighted that all procedures and measures were in place at schools and they organized measures under the guidance of the Health Ministry.

“Certainly, there may be problems but we have a tracking system in place that allows us to monitor the vaccinated staff at schools, staff who are required to undergo polymerase chain reaction (PCR) tests. Whenever a case is reported, the classroom where it is detected is closed down for 14 days,” he said, referring to the period of quarantine for the infected and those who came in contact with them.

He said some schools may be completely closed if clusters of cases are reported, but that does not mean that all schools in Turkey would be closed to in-person education. The minister noted that the number of teachers who were vaccinated also increased, citing that 83% of teachers had received two doses of vaccines in the country's vaccination program, adding that students eligible for vaccination were also showing interest in getting inoculated, even though it is not mandatory.

Turkey has administered over 110.16 million coronavirus vaccine jabs since the country launched an immunization drive in January, according to official figures released on Saturday.

More than 53.9 million people have been given a first dose of a COVID-19 vaccine, while around 44.9 million are fully vaccinated, the Health Ministry said.

According to the data, some 86.99% of Turkey’s adult population has now received at least one dose of a two-shot vaccine.

Turkey has also given third booster shots to more than 10.4 million people.

Since December 2019, the pandemic has claimed over 4.79 million lives in at least 192 countries and regions, with more than 234.4 million cases reported worldwide, according to Johns Hopkins University.