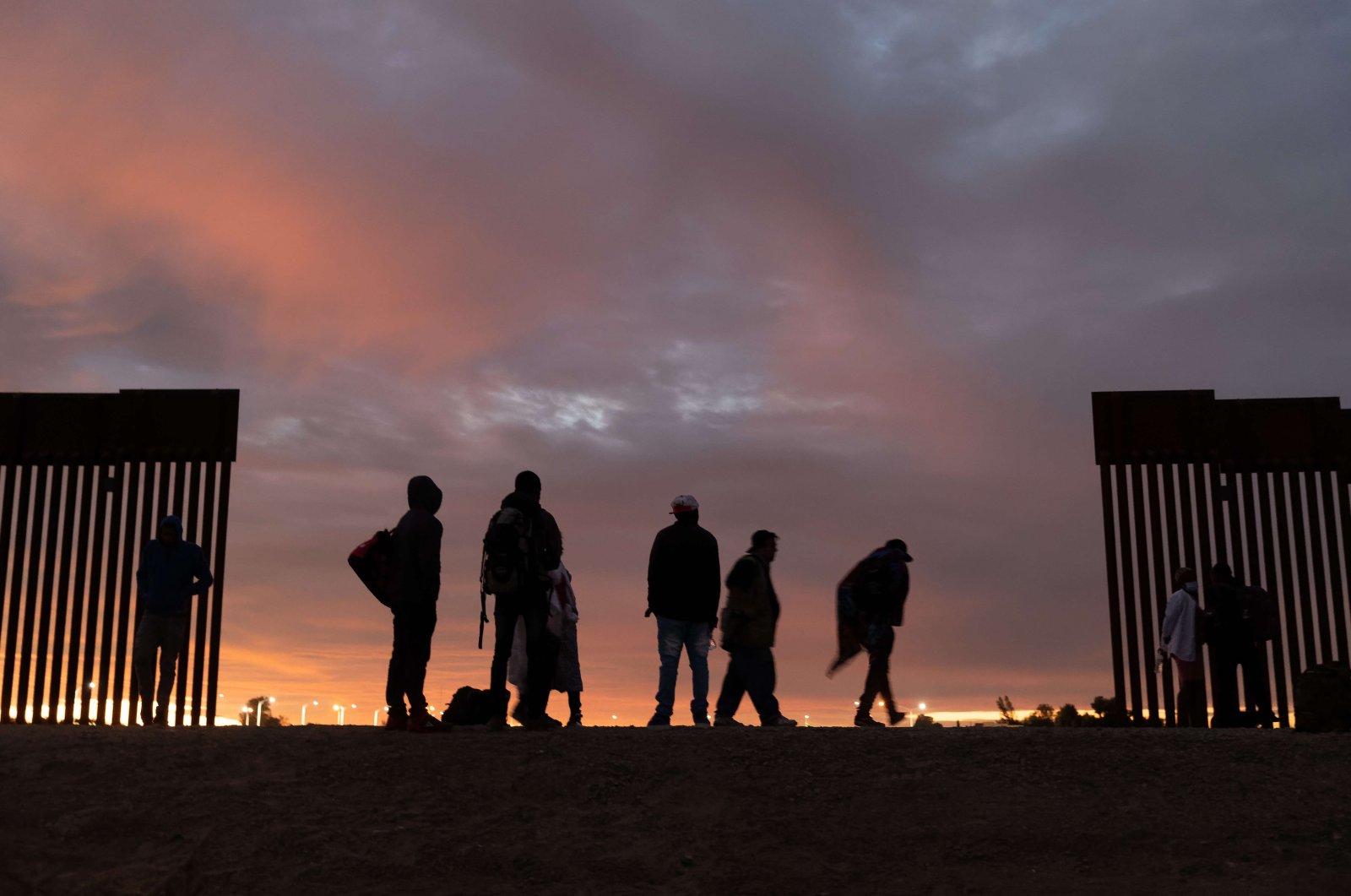 Parents-to-be from Haiti stand at a gap in the U.S.-Mexico border wall after having traveled from South America to the United States, Dec. 10, 2021 in Yuma, Arizona. (AFP Photo)
by Anadolu Agency Dec 11, 2021 10:44 pm
RECOMMENDED

The death of dozens when a truck packed with migrants crashed in Mexico marked a grim toll: More than 4,470 migrants died globally in 2021, surpassing last year's fatality count, the International Organization for Migration's (IOM) said Friday.

Globally, the number of deaths this year is already more than the 4,236 recorded in 2020, the IOM said.

More than 45,400 deaths and disappearances have been recorded since 2014, the IOM's Missing Migrants Project said, making this an especially deadly year for the Americas and Europe.

Considering fatal incidents are often recorded weeks or months later, the final toll in 2021 is likely to be much higher, and it came despite repeated calls for concrete action to reduce "tragic loss of life during migration journeys worldwide every year."

IOM said at least 54 migrants died in Thursday's truck crash in Chiapas – the single deadliest incident for migrants in Mexico since at least 2014, when IOM began documenting deaths.

Some 651 people died this year attempting to cross Mexico's border with the United States, more than in any year since 2014.

"This increase is especially concerning because most data for this border region are reported only after the year ends," said the IOM.

Across the Americas, 1,121 deaths were recorded this year – including this latest tragedy – also higher than other years.

More deaths were recorded in South America than ever before, with 64 of 137 deaths involving Venezuelan nationals.

On migration routes to and within Europe, the 2,720 deaths recorded make it the deadliest year in the region since 2018.

The Central Mediterranean crossing has claimed at least 1,315 lives so far in 2021, said the U.N. agency.

At least 937 people died on the Atlantic route to the Spanish Canary Islands – more than any previous year for at least a decade.

"Boats often disappear without a trace: Invisible shipwrecks could account for hundreds of lives lost in addition to the deaths recorded on this route," said the IOM.

The land border between Turkey and Greece also saw an increase in deaths in 2021, with at least 41 lives lost, more than any year except 2018, when 59 were recorded.

On the Belarusian borders with the European Union, there were 21 deaths reported in 2021, though no official data are available, said IOM.

On the crossing between the Horn of Africa and Yemen, at least 98 deaths were reported, up from 40 in 2020, though deaths on this route are extremely difficult to document, the U.N. agency said.