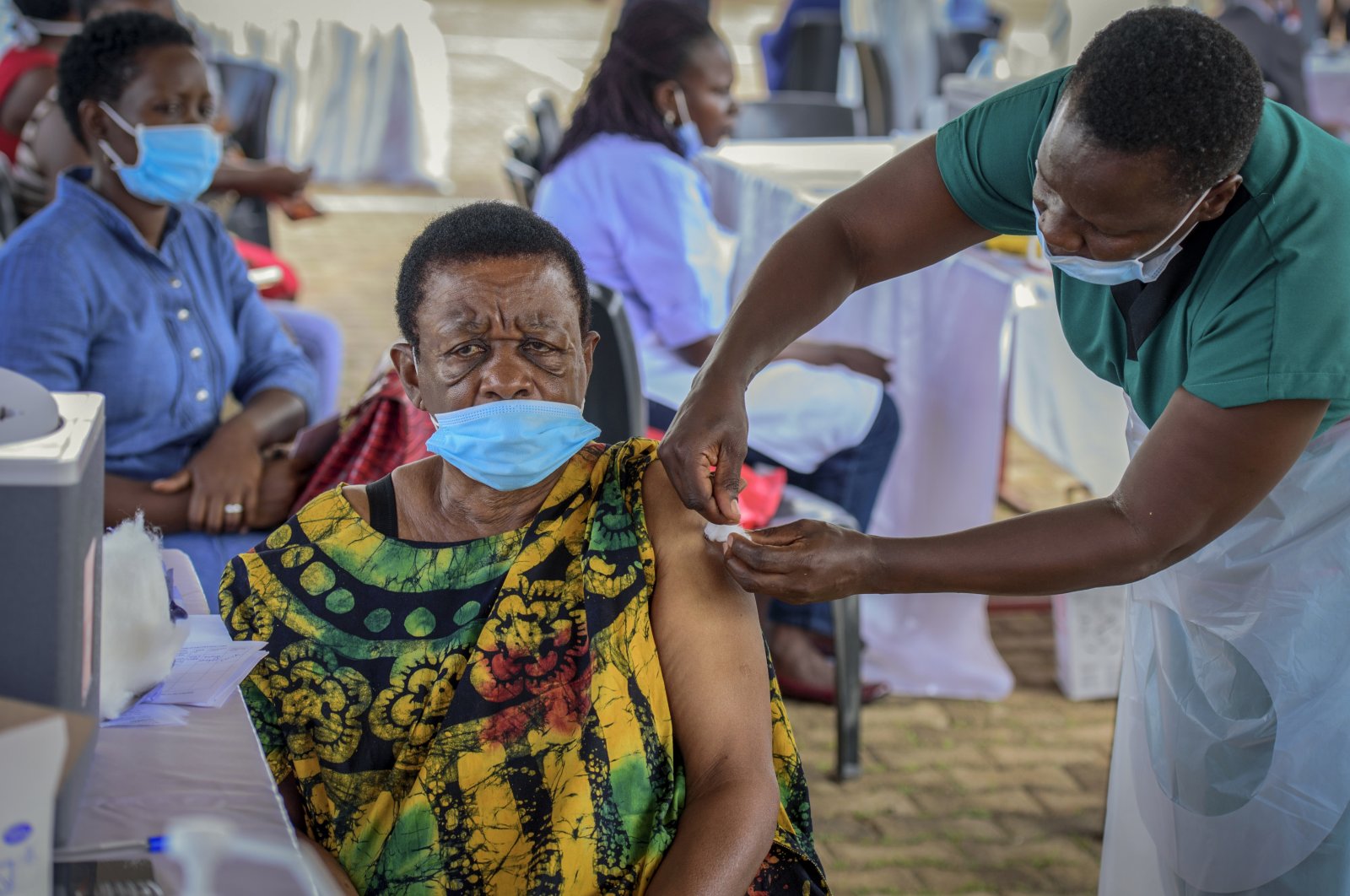 As Africa continues to fall behind in the global COVID-19 vaccination race, the continent is facing a dangerous resurgence of coronavirus, with fatalities and hospital admissions reaching record levels.

With just under 5.3 million reported cases and around 139,000 deaths among its nearly 1.3 billion people, Africa is still the world's least-affected continent after Oceania, according to an Agence France-Presse (AFP) tally.

So far, African nations have been spared disasters comparable to Brazil or India.

But the pandemic is resurging at an alarming rate in at least 12 countries, with continental cases expected to hit a record peak in around three weeks.

And Liberia's President George Weah has warned the wave is "far more alarming than a year ago" as hospitals overflow in his country.

The delta variant, first detected in India, has so far been reported in 14 African countries, making up the bulk of new cases in the Democratic Republic of Congo and Uganda, according to the WHO.

Doctors in South Africa, which accounts for more than 35% of all cases recorded on the continent, are struggling with an unprecedented influx of patients.

Unlike past waves, this time "the hospital system is not coping," said Doctors' Association chief Angelique Coetzee.

Zambia's health ministry has reported an "unprecedented" number of COVID-19 deaths, piling pressure on mortuaries while the Africa CDC said the country was "overwhelmed."

With similar trends in Uganda, Health Minister Jane Ruth Acheng blamed highly infectious variants for the new spread, saying it is "different from the second wave" with a large number of young people hospitalized.

Uganda is one of the countries facing reported oxygen shortages, although Acheng denied civil society groups' claim that the shortfall amounts to 24.5 million liters (865,209 cubic feet) per day.

Governments are again tightening restrictions, including a new nationwide lockdown in Uganda and a tougher curfew in 13 Kenyan counties.

At the same time, the pace of vaccinations is struggling to get off the ground.

According to the WHO, about 1% of the continent's population is fully vaccinated – the lowest ratio globally – and 90% of African nations will miss a target to inoculate a tenth of their populations by September.

"We are running a race behind time, the pandemic is ahead of us. We are not winning in Africa this battle against the virus," said Africa CDC's Nkengasong.

"It's frightening what is going on on the continent," he added.

A recent pledge by Western leaders to donate 1 billion vaccine doses to poorer countries has been widely criticized for being too slow.

Several countries have failed to administer jabs from the United Nations-backed COVAX scheme before their use-by date because of logistical failures and vaccine hesitancy.

Malawi destroyed almost 20,000 expired AstraZeneca doses in May, while the Democratic Republic of Congo and South Sudan have returned more than 2 million shots to the U.N. to avoid a similar scenario.

Authorities in Congo-Brazzaville are concerned over the slow take-up of almost 100,000 Chinese-made vaccines expiring in July.

A surge in coronavirus cases in India, the world's main AstraZeneca supplier, has delayed COVAX deliveries to Africa.

Malawi exhausted its stocks last week, just as thousands were due for their second shot.

South Africa says it has secured enough Johnson & Johnson and Pfizer-BioNTech vaccines to immunize 67% of its 59 million inhabitants.

But the rollout has been hit by setbacks and only 2.2 million people – health care workers and over 60s – have received a jab so far.

"The lack of vaccines in a region with high levels of poverty and inequality means many people feel they are just waiting to die," said Amnesty International's regional director Deprose Muchena.