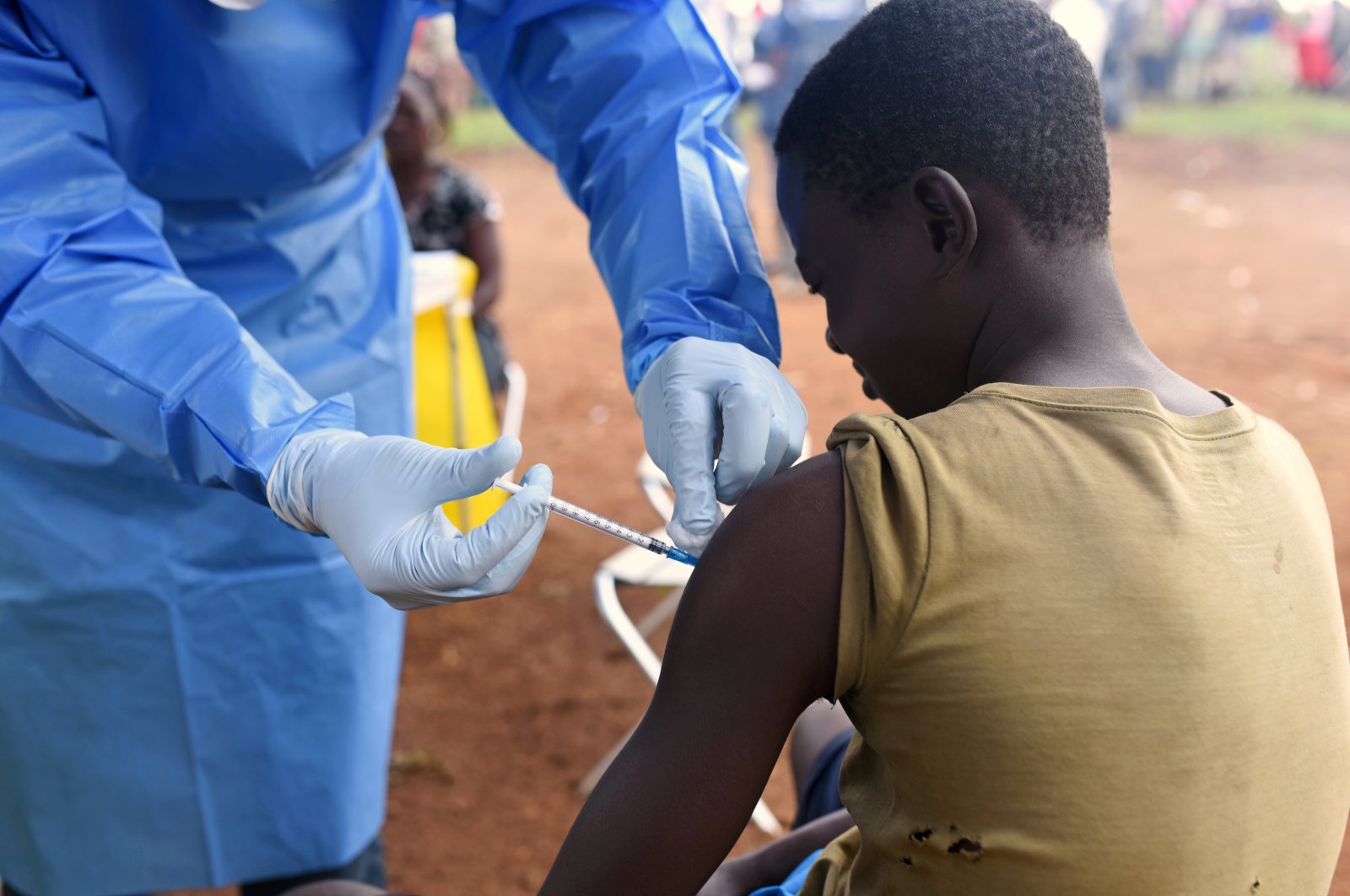 A Congolese health worker administers the Ebola vaccine to a boy who had contact with an Ebola patient in the village of Mangina in North Kivu province of the Democratic Republic of Congo, Africa, Aug. 18, 2018. (Reuters Photo)
by French Press Agency - AFP Mar 23, 2021 4:24 pm
RECOMMENDED

The Democratic Republic of Congo, where the deadly Ebola virus first emerged in 1976, has begun a countdown to the official end of its latest outbreak, this time in the east of the country, health authorities said Tuesday.

The last patient to be treated for Ebola tested negative for a second time on Sunday, triggering the 42-day countdown from Monday, the World Health Organization's (WHO) DR Congo office said.

The virus first reemerged when the wife of a man who had contracted the virus in a previous outbreak, was diagnosed with symptoms of the zaire ebolavirus in the town of Biena on Feb. 1 and died in hospital in Butembo on Feb. 3.

Since then, in the DRC's North Kivu province, 12 cases have been recorded, half of them fatal.

The virus, which jumps to humans from infected animals, is transmitted between people through bodily fluids. The main symptoms are fevers, vomiting, bleeding and diarrhea.

According to the WHO's last status report last Thursday, 1,606 people had been vaccinated against Ebola in the DRC, a vast former Belgian colony in central Africa, today one of the world's poorest countries.

The vaccine, developed by the U.S. lab Merck Sharpe and Dohme, was first used during the 10th Ebola outbreak, which lasted from August 2018 to June 2020 in North and South Kivu and neighboring Ituri province, as well as during the 11th outbreak, in the western province of Equateur between July and November 2020.

The virus also struck Guinea, in West Africa, in mid-February, with 18 cases and nine deaths, according to the WHO, with nearly 4,000 people vaccinated in the country.

The epidemic killed more than 11,300 people out of nearly 29,000 registered cases, according to WHO estimates.