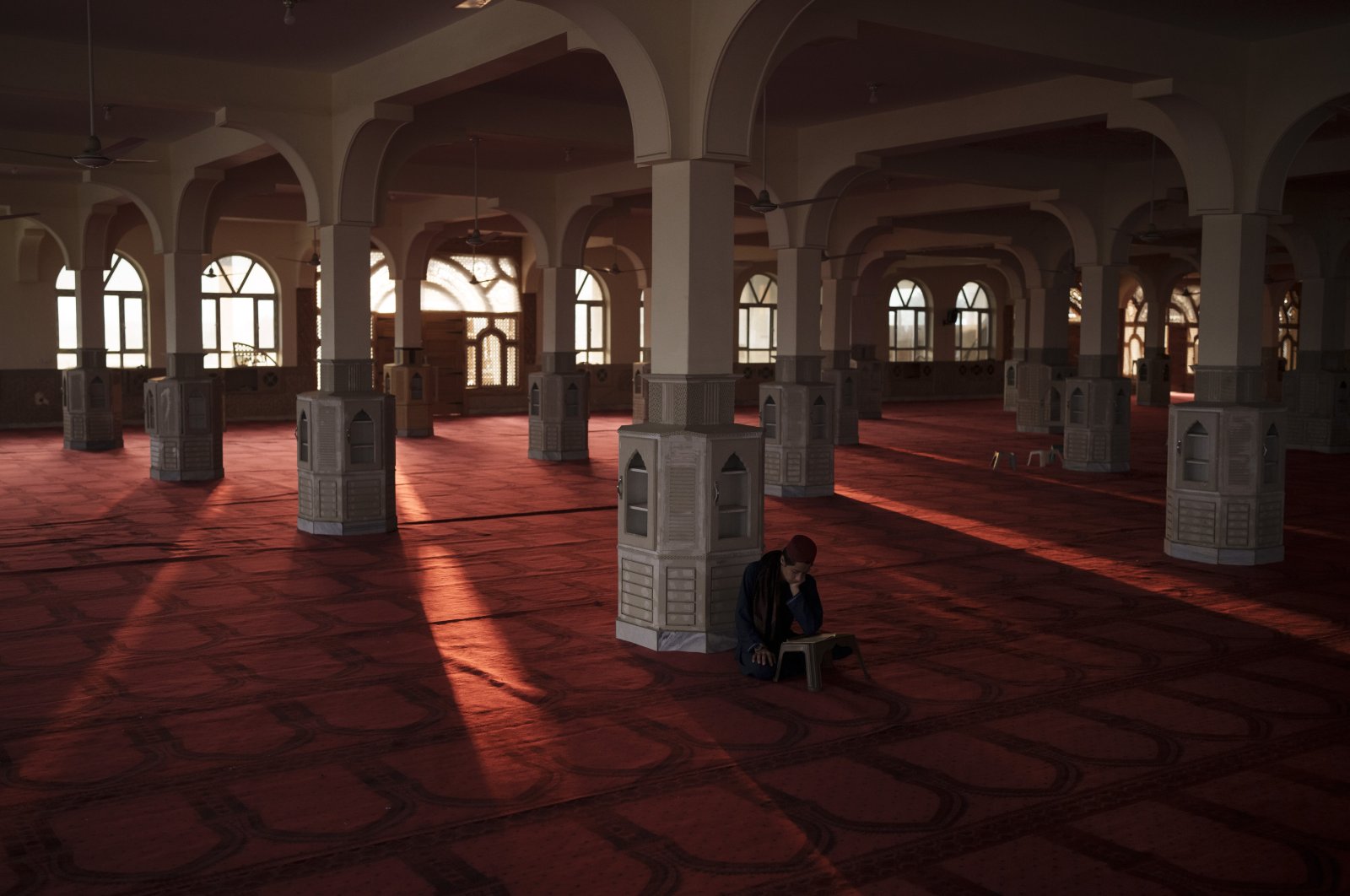 Hundreds of Afghan students continue their education in madrasas, a place where they pray, learn and feel at home as the Taliban's policies on education bring more uncertainty to a country recovering from recent events

At a school in a remote corner of the Afghan capital, a group of children recites the Quran. Sunshine streams through the windows of the Khatamul Anbiya madrasa, where a dozen young boys sit in a circle under the tutelage of their teacher, Ismatullah Mudaqiq.

The students are awake by 4:30 a.m. and start the day with prayers. They spend class time memorizing the Quran, chanting verses until the words are ingrained. At any moment, Mudaqiq might test them by asking that a verse be recited from memory.

Attention is turning to the future of education in Afghanistan under Taliban rule, with calls among urban educated Afghans and the international community for equal access to education for girls and women. The madrasas – religious schools for elementary and higher learning, attended only by boys. And they too are uncertain what the future will hold under the Taliban.

Most of the students come from poor families. For them, madrasas are an important institution; it is sometimes the only way for their children to get an education, and the children are also sheltered, fed and clothed. At night they lie on thin mattresses, preferring the ground over rickety bunk beds, until sleep comes.

Like most institutions in Afghanistan, madrasas have struggled in the decline of the country’s economy, which has accelerated since the Taliban takeover. The fears over the Taliban's policies toward education in the country occupied the minds of experts and teachers in madrasa and secular schools.

Staff at Khatamul Anbiya were cautious when asked if they hoped for greater support from the new Taliban rulers.

"Regardless, with or without the Taliban, madrasas are very important,” explained Mudaqiq. "Without them, people will forget their religious sources ... The madrasa should always be there no matter what government is present. It doesn’t matter the cost, it should be kept alive.”

Historically, the Afghan government has lacked the resources to provide education in rural areas, enabling madrasas to grow in influence. The madrasa system has been kept alive largely through community-driven efforts; most of its funding comes from private sources. But with financial shortfalls as a result of U.S. sanctions and freezes from international monetary institutions, public salaries have not been paid. Madrasas are not seeing the same funding they used to.

The young boys who grow up in the madrasa system can qualify to become religious scholars and experts. Between religious study, the young men convene in large seating areas for a meal of bread and hot tea. Before sunset, they play marbles until it’s prayer time – the last before nightfall.

Meanwhile, the struggle was unfolding in different parts in the capital of Kabul where the Taliban fired shots to disperse a women's rally demanding equal rights. The regional chief for the International Federation of the Red Cross (IFRC) warned that Afghanistan was sliding into a deep "major humanitarian crisis” with the coming winter and severe financial shortfalls.

The Taliban fighters confiscated posters held by the women that read: "Do not burn our books!” Other women coming to join the protest in the Kart-e-Char neighborhood were later told to go home, according to a witness who spoke on condition of anonymity, fearing Taliban reprisal. Since their takeover, the Taliban have violently dispersed rallies by women demanding that the rights they had gained in the past 20 years in Afghanistan not be taken away.

Mawlawi Nasratullah, a Taliban official, later told reporters women had not asked for permission to rally.

Jan Egeland, director-general of the Norwegian Refugee Council (NRC), said the issue of women's employment – and education for girls – had been central to meetings he had held with Taliban officials since his arrival at the weekend.

The NRC – which has operated for years in the impoverished country, including in Taliban-controlled areas – would struggle to assist millions of needy people unless the Taliban allowed women to return to work for the group, he said.

"Our female employees must be able to work freely with their male colleagues all over the country," Egeland told Agence France-Presse (AFP) after meeting Taliban ministers and administrators.

The IFRC and Red Crescent Movement is appealing for 36 million Swiss Francs ($38 million) to continue funding health clinics, emergency relief and other services across Afghanistan's 16 provinces.

On Wednesday, U.N. spokesperson Stephane Dujarric asked donors to fast-track funding for a $606 million flash appeal that is only 22% funded to help 11 million Afghans for the remainder of the year.

"There needs to be some solution to the financial flows into Afghanistan to ensure that at least salaries can be paid, and that essential supplies, power and water being two of them, can be procured,” Matheou said.

Since the Taliban takeover in mid-August, the World Bank and the International Monetary Fund (IMF) have paused disbursements to Kabul, while the U.S. froze billons of dollars in assets held in American accounts by the Afghan Central Bank. Foreign aid previously accounted for nearly 75% of Afghanistan's public expenditure, according to a World Bank report.

Cuts to health care have resulted in 2,500 health facilities no longer working, and over 20,000 health staff, 7,000 of them women, no longer being paid, said Matheou as he concluded a five-day visit to the country.

The international community is divided over the issue of resuming aid to Afghanistan as the world waits to see whether they will again impose their harsh rule.

China, however, has delivered winter supplies to Afghanistan and will soon start flying in food and other supplies as a "friendly neighbor,” the Chinese Foreign Ministry spokesperson Hua Chunying said Thursday. The shipment arrived on Wednesday night.

China, which shares a narrow border with Afghanistan, has mocked the chaotic end to the U.S. presence in the country, and said Washington was to blame for the intensified hardships now facing the impoverished country under Taliban rule.

Beijing has kept its embassy in Kabul open and established diplomatic ties with the Taliban, which has said China will be its main partner and help rebuild the country.

Matheou said the diplomatic missions that have remained in Kabul after the Taliban takeover have taken a pragmatic approach "to the reality as it stands now" on a Taliban-run Afghanistan.

The IFRC envoy also met with representatives from Qatar, Pakistan, Turkey and Russia in Kabul.