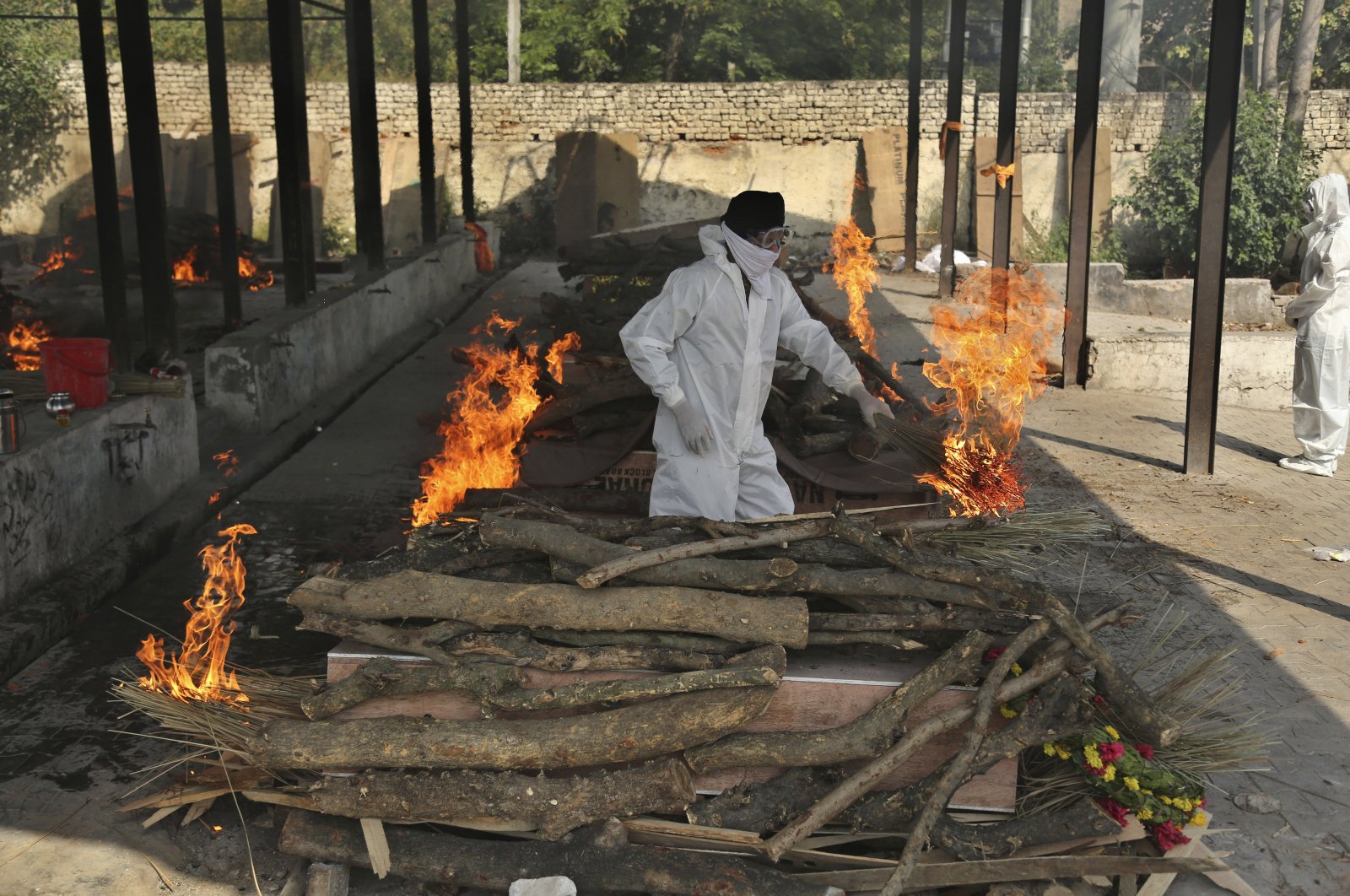 The daily number of COVID-19 infections and deaths hit record levels in India and Brazil Saturday, signifying that there is no end in sight for the pandemic.

Despite the rollout of vaccines in many countries, COVID-19 is still wreaking destruction around the world, with close to 3.2 million lives lost and known infections soaring past 150 million.

Asia has recorded the bulk of new cases, driven largely by the surge in India. The crushing outbreak, which now accounts for more than 40% of the world's new infections, has overwhelmed the South Asian nation's healthcare system and depleted critical oxygen supplies.

Authorities on Saturday opened India's massive vaccination program to all adults, but many states do not have enough doses to meet demand despite a freeze on exports of shots produced locally.

"There are so many people that are getting sick ... we just wanted to be here as soon as possible," said Aadya Mehta, 25, who joined a queue of around 100 people outside a hospital in the capital New Delhi.

India reported more than 400,000 cases in 24 hours on Saturday, a global record, but experts say the official infection and death figures fall far short of the true picture.

But the crisis has also prompted travel warnings and flight bans with governments fearful of the outbreak spreading to their shores.

Australia on Saturday warned those breaking its India travel ban could face five years in jail.

'They died without the slightest dignity'

Another vast nation struggling to inoculate as many people as possible in the face of a destructive spike is Brazil, which has one of the world's highest mortality rates at 189 deaths per 100,000 people.

It reported nearly 2,600 new coronavirus deaths on Friday, bringing the total for April to 82,266 – the second consecutive monthly record and a sharp rise from March.

The surge has pushed Brazil's hospitals to the brink of collapse in many areas as the country's overall death toll crossed 400,000 this week.

"Those body bags represent the Brazilians who had to be buried in shallow graves," said Antonio Carlos Costa, the NGO's president.

"They died without the slightest dignity."

Brazilian President Jair Bolsonaro was widely criticized for downplaying the threat of the virus, and for fighting stay-at-home measures.

The far-right president has defended his pandemic policies, telling supporters: "I was wrong about nothing."

The outbreak in neighboring Argentina also continued to worry the government, which on Friday extended by three weeks a nightly coronavirus curfew for the capital Buenos Aires.

In terms of total COVID-19 deaths, Brazil is behind only the United States, where the situation has taken a turn for the better in recent months with a successful vaccine rollout.

The White House said Friday that 100 million people in the country had been fully vaccinated, and more than 55% of American adults had received at least one dose.

The huge effort has meant coronavirus restrictions in many parts of the U.S. can be eased.

Fans wearing Mickey Mouse ears lined up at Disneyland in California as it finally reopened Friday, more than 400 days after the pandemic forced its closure.

"It is the greatest feeling ever," said Momi Young-Wilkins, a 55-year-old mother as she brought her children to the world-famous park near Los Angeles.

Thanks to vaccinations, some European governments have also eased or are considering relaxing coronavirus restrictions, including France and Belgium.

But the hugely uneven distribution of vaccines around the world has led to calls for greater access in poor nations and waivers for patent protections to help boost access.

A U.S. trade official said Friday that Washington was working with World Trade Organization members to ensure "equitable" access to vaccines but stopped short of signaling a commitment to waiving patent protections.