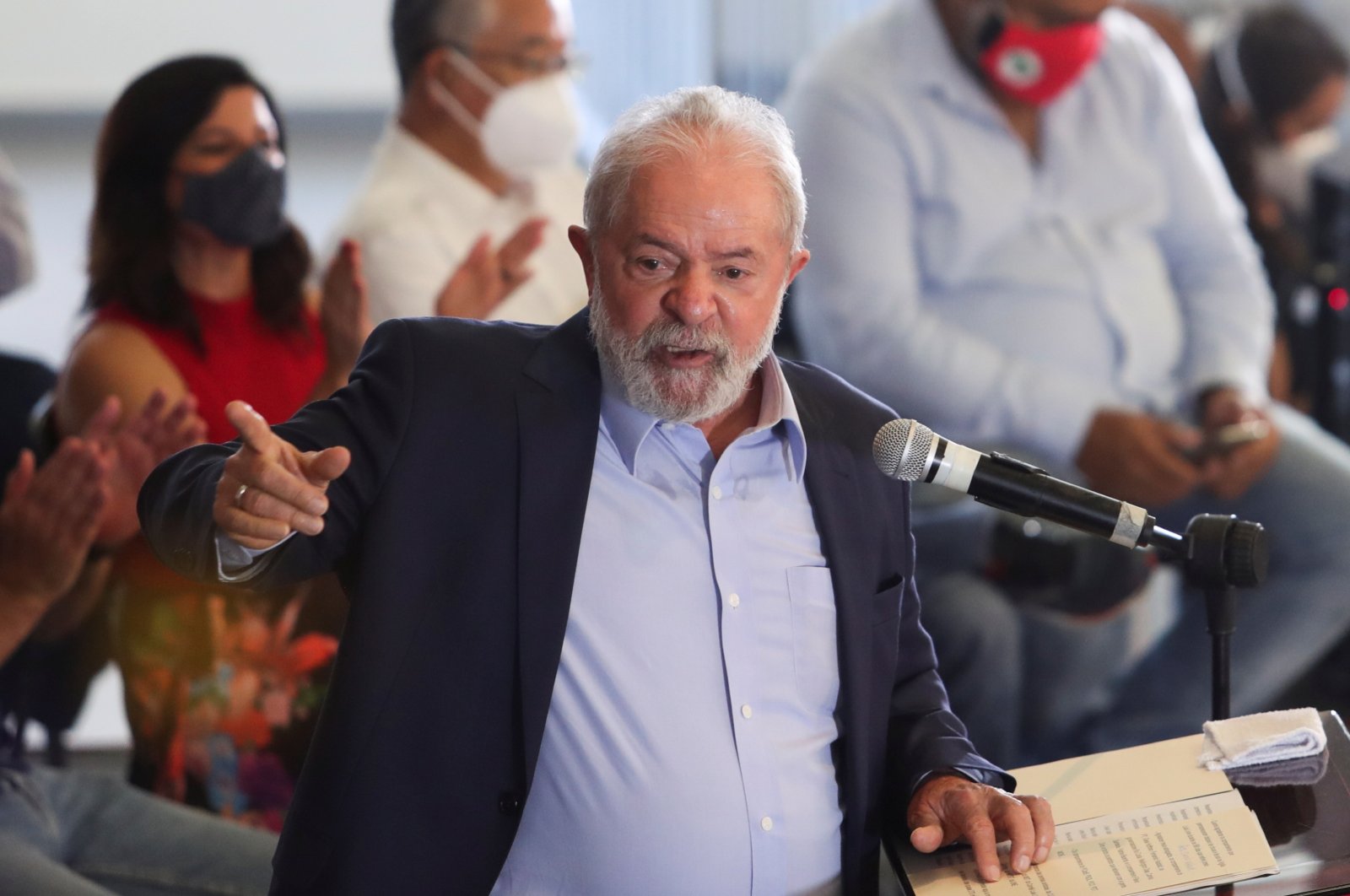 Lula, whose corruption convictions were quashed by a Supreme Court judge on Monday allowing him to try again for political office, said he had not decided whether to run in next year's presidential election, but his appearance had the feel of a campaign event.

"Health, jobs and justice for Brazil," read a banner hanging above the stage at the metalworkers union in Sao Bernardo do Campo, where Lula's political career began as an organizer in the 1980s.

"This country is disorganized and falling apart because it has no government," he told the audience in remarks carried by Reuters.

In his first comments since the ruling, Lula, 75, was especially biting on Bolsonaro's handling of the coronavirus pandemic, which has killed more than 266,000 people in Brazil, the second-highest death toll worldwide, after the United States.

"Don't follow any imbecile decisions by the president of the republic or the health minister: get vaccinated," the Agence France-Presse (AFP) quoted Lula as saying.

The surprise restoration of Lula's political rights could set up a showdown between the leftist, who governed Brazil from 2003 until 2011, against Bolsonaro in next year's election.

A survey by pollster Real Time Big Data, released by CNN Brasil on Wednesday, showed Lula and Bolsonaro with the support needed to reach a second-round vote.

Lula led Brazil through an economic boom, and is remembered for social programs that helped lift tens of millions of people from poverty.

But he remains a highly controversial figure after being sentenced to a total of 26 years in jail on corruption charges stemming from a sweeping investigation into a scheme in which top politicians and business executives systematically siphoned billions of dollars from state oil company Petrobras.

He spent more than 18 months in prison, before being released in 2019 pending appeal.

Lula called himself the victim of "the biggest judicial lie in 500 years," repeating his claim that the graft charges against him were fabricated to sideline him from the 2018 presidential race, which Bolsonaro ultimately won.

He said he planned to "fight tirelessly" for Brazil, and that he wanted to resume touring the country once he is vaccinated against COVID-19 next week.

But he declined to say whether he would run in the elections, saying "my head doesn't have time to think about a 2022 candidacy now."

Still, "his speech was a campaign launch" in all but name, said political analyst Creomar da Souza, of the consulting firm Dharma.

"He presented his project for the country, which involves a lot of references to his legacy as president," he told AFP.

Supporters point to the fact that the lead judge in the anti-corruption probe that ensnared him, Sergio Moro, went on to accept the post of justice minister under Bolsonaro, and that hacked phone messages suggest Moro conspired with prosecutors to ensure Lula was sidelined.

But Lula still faces a series of corruption and influence-peddling charges, including the ones he was jailed for, which will now be transferred to a federal court in Brasilia.