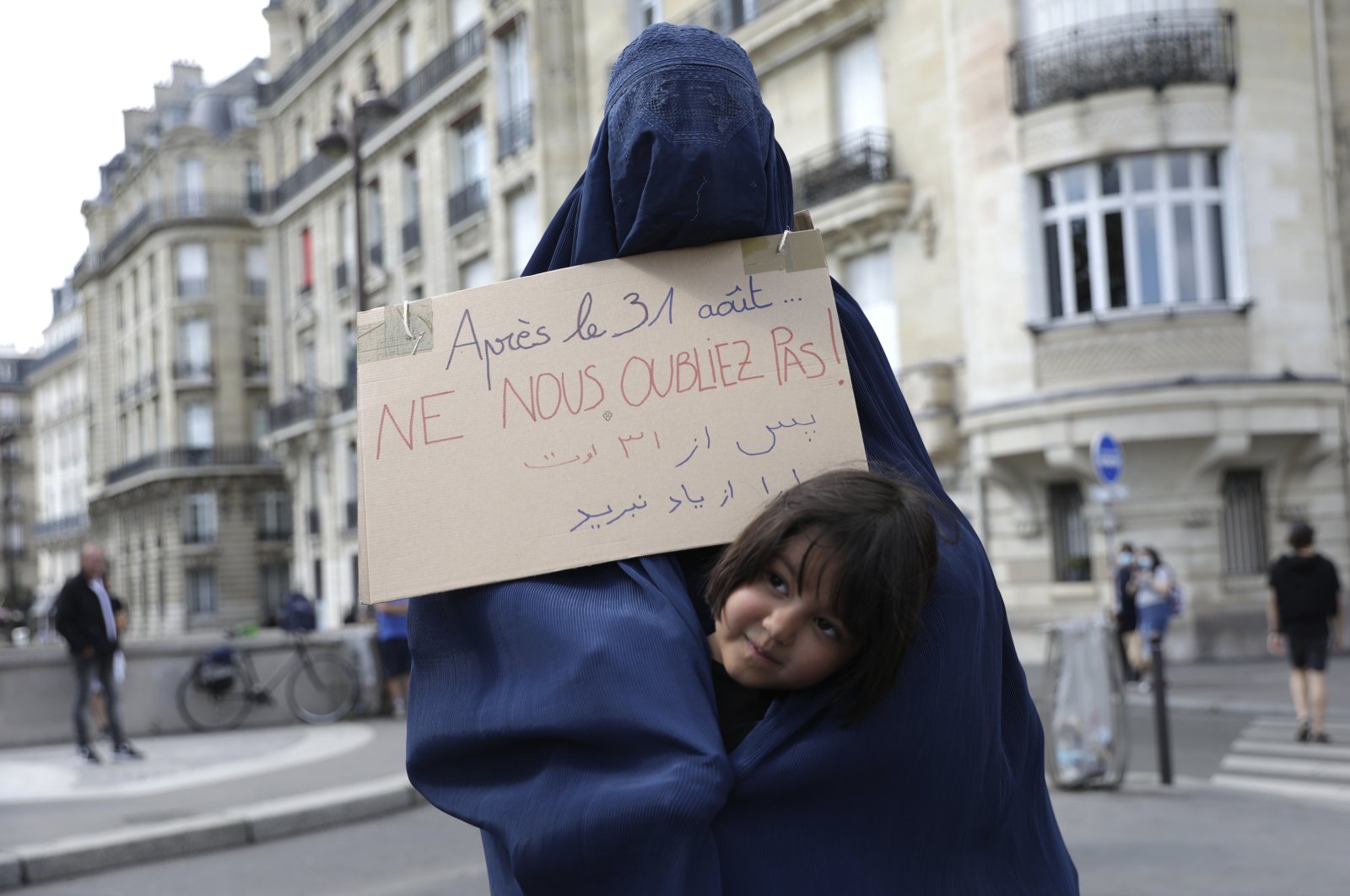 As the world watched the crisis unfolding at the Kabul Hamid Karzai International Airport, where thousands of desperate people were trying to flee Afghanistan amid the rapid takeover of power by the Taliban and a looming threat from terrorist groups, Afghan women, children and adolescents have found themselves at high risk.

Numerous human rights organizations, alongside activists and world leaders, have sounded the alarm over the humanitarian crisis that has deprived many people in Afghanistan of a normal life.

In a statement on Friday, former Prime Minister of New Zealand Helen Clark said that women, girls, children and adolescents are “paying a terrible price in fear and oppression at the hands of the Taliban,” and called upon the international community to take the necessary steps to help vulnerable groups and protect hard-won gains for women.

Clark warned that, if no action is taken, the situation would only get worse despite the Taliban’s promises to mitigate their harsh rule that saw women restricted from receiving education, holding a job or even leaving the house without a male companion during their reign in the 1990s.

“The lives of millions of women, children and adolescents hang in the balance – 20 years of hard-won progress toward liberty has been canceled at a single stroke by the Taliban’s resurgence,” Clark said, adding that Afghanistan has been long one of the most dangerous places in the world for women and girls. “Even before the pandemic and the recent turmoil, more than one-third of Afghan women were victims of intimate partner violence,” she added.

Clark warned that the significant progress that has been achieved for women, children and adolescents over the last 20-year period could vanish as quickly as the Taliban seized power from Afghanistan’s President Ashraf Ghani, who fled the country with cars and a helicopter full of cash, relinquishing power and handing the key of the presidential palace to the militants.

However, amid the U.S. withdrawal on Aug.31 that ended the United States' 20-year military deployment in Afghanistan, worries over a rising death toll are taking place in the international community's and human rights activists' agenda as several reports claimed the Taliban militants have started to stage door-to-door searches for people from a target list. While world leaders were trying to press on the Taliban, warning that the group's stance on human rights will be a "red line," the threat from terrorist organizations has ceased to be just a threat. Last week, a Daesh-affiliated suicide attack killed more than 169 Afghans and 13 U.S. soldiers in Kabul's airport. To prevent another terrorist act, the U.S. military launched a series of strikes on Sunday resulting in the deaths of at least 10 innocent people, including 7 children.

The former prime minister also raised a range of issues such as the education system, the significantly increased risk of violence against women and children as well as the burden of unpaid care and domestic labor. She asserted that even as more girls have gone to school since 2001, when hit by decades of conflict and poverty women are still denied education. Clark echoed fears that the Taliban will restrict women from going to school and working outside the home after the departure of international troops.

“Unless the Taliban have completely changed, which seems highly unlikely, their return to power sentences the country’s women and girls to lives of violence, oppression, servitude and lost opportunities,” she said. “The international community must not abandon the country now,” she urged.

More than one week ago, a group of leading nongovernmental organizations (NGOs) issued a statement calling on donors to “remain steadfast in their support for humanitarian operations in Afghanistan and to support resilient livelihoods.”

Half of Afghanistan's population, which accounts for more than 18 million people, including 10 million children, are in dire need of humanitarian assistance, according to UNICEF. Earlier in August, United Nations Secretary-General Antonio Guterres asserted that hundreds of thousands have been displaced from their homes due to instability and insecurity, while the number of internally displaced persons has more than doubled since May.

“Afghanistan is spinning out of control,” Guterres told reporters in New York. “At least 241,000 people have been forced to flee from their homes.” Guterres warned that “humanitarian needs are growing by the hour."

The statement by the Principals of the Inter-Agency Standing Committee (IASC) said a total of $1.3 billion is needed to reach almost 16 million people with humanitarian assistance in Afghanistan. Only 37% of required funds have been received, leaving a shortfall of almost $800 million, it added.

“The people of Afghanistan need our support now more than ever,” the committee said. “Our organizations are committed to helping and protecting them.”