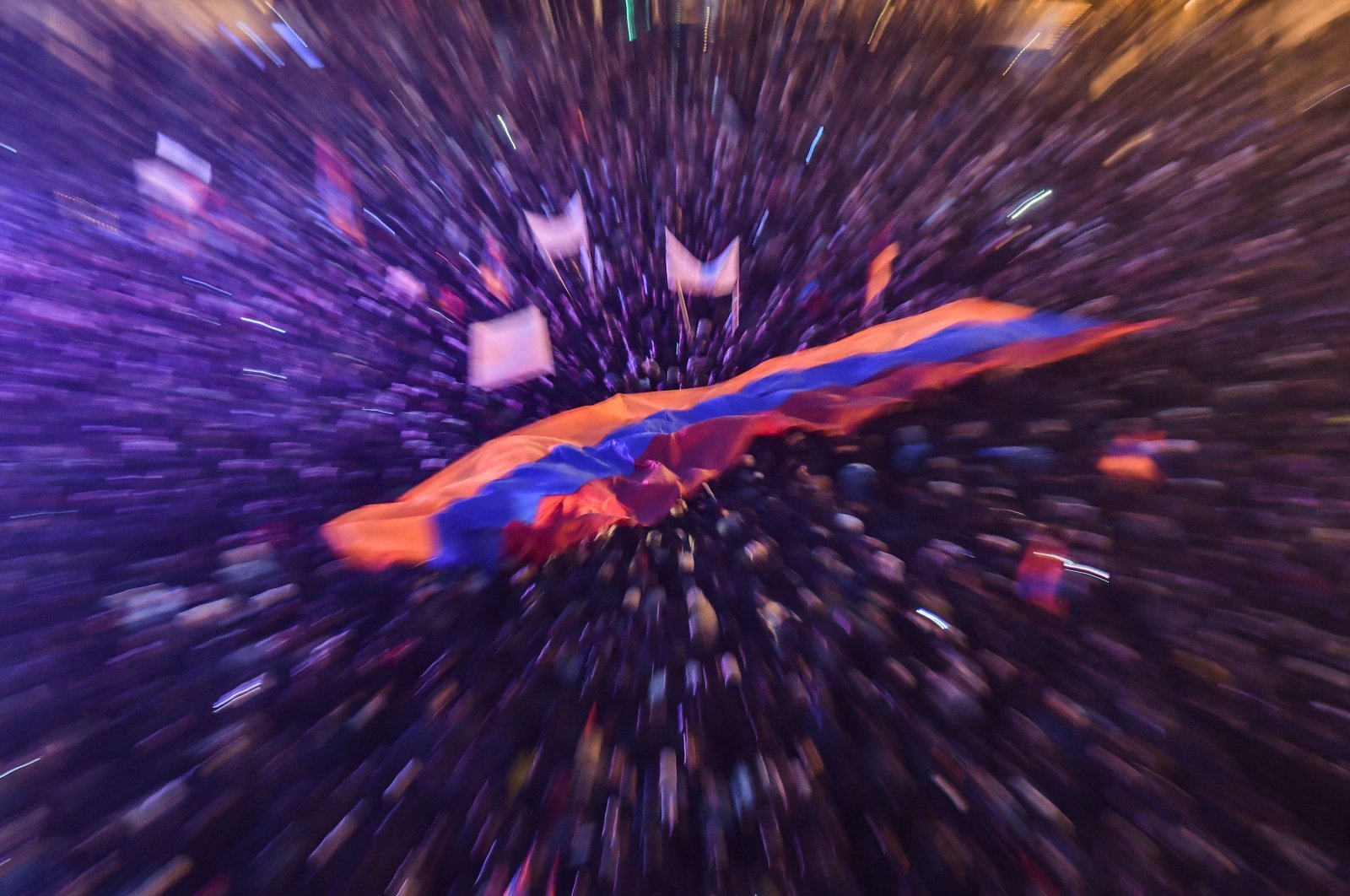 Yerevan lifted its martial law orders, five months after the Azerbaijani military defeated Armenia in the Nagorno-Karabakh region and surrounding districts, which resulted in the termination of its 30-year occupation.

The decision to lift the order came as part of a deal between Armenian Prime Minister Nikol Pashinian and the opposition to defuse a political crisis sparked by Armenia's crushing defeat in the six-week conflict.

Pashinian's critics have staged regular protests calling on him to resign for his handling of the war since November when he agreed to a cease-fire and returned swathes of territory to Azerbaijan.

Armenian law says a sitting prime minister cannot be removed during martial law and the move to lift it came after Pashinian agreed with the opposition to hold fresh parliamentary elections in June to end the protests.

Parliament, which is controlled by Pashinian's allies, voted Wednesday 118 to 1 with one abstention to lift martial law, which was declared on Sept. 27, the day clashes erupted in Nagorno-Karabakh.

Parliament speaker and Pashinian ally Ararat Mirzoyan said Tuesday that the ruling party would back the move "since a deal has been reached between political forces on defusing the internal political situation through snap polls."

Armenia's simmering territorial conflict with Azerbaijan ignited in September and turned into an all-out war that left more than 6,000 people dead.

The cease-fire brokered by Russia on Nov. 10 saw Pashinian hand over large parts of Azerbaijan that had been controlled for several decades by Armenian separatists. They had controlled the predominantly-Armenian Nagorno-Karabakh since they broke away from Baku during a war in the early 1990s, in addition to six surrounding districts where Azerbaijanis formerly constituted a majority.

As part of the deal, Russian troops were dispatched to the region to monitor the cease-fire, including at a joint center with Turkish officers. A proposed corridor linking the Azerbaijani exclave of Nakhchivan to the rest of the country through the Armenian province of Syunik will also be launched.