EU divided over Franco-German proposal to hold summit with Putin 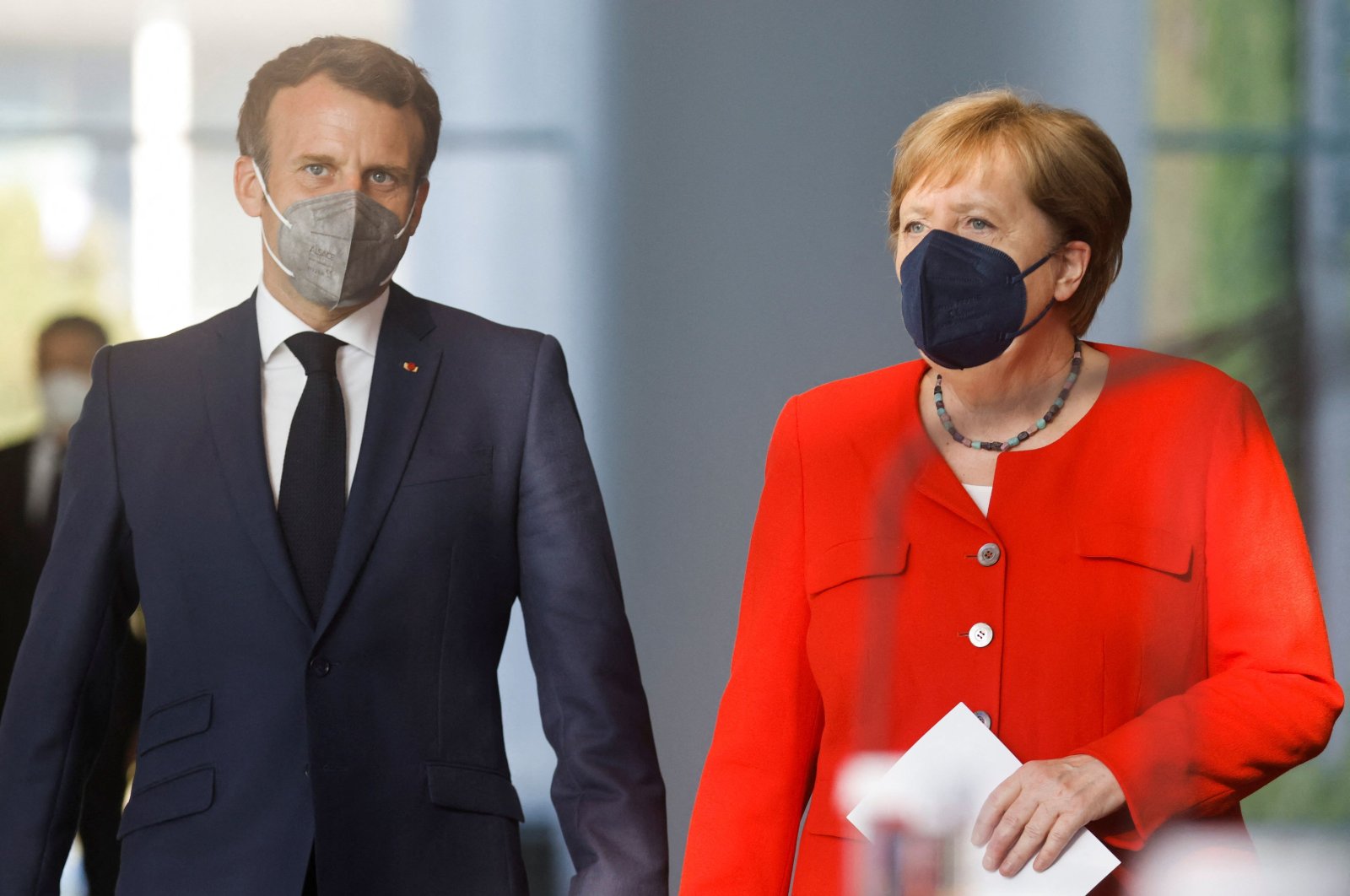 Berlin and Paris on Wednesday put forward a last-minute proposal for the bloc to consider the idea of holding summits again with Putin in the wake of U.S. President Joe Biden's sit-down with him in Geneva last week. Moscow said Putin was a "supporter" of the proposal, which would potentially revive a regular fixture that was frozen in 2014 after the takeover of Crimea by Russia.

"In my opinion, we as the European Union must also seek direct contact with Russia and the Russian president," German Chancellor Angela Merkel told her country's parliament ahead of the gathering of EU leaders in Brussels. "It is not enough for the American president to talk to the Russian president," she said, according to Agence France-Presse (AFP). She stressed that the European Union too "must also create different formats for talks."

Merkel, who could be attending her last EU summit with German elections set for September, insisted that the 27-member bloc should meanwhile put up "a united front against the provocations" of Russia.

French President Emmanuel Macron insisted that talking with Putin was "necessary for the stability of the European continent" but underscored that the bloc would be "demanding because we will not give up any of our values."

Merkel and Macron face resistance from numerous EU member states – especially in eastern Europe – who were blindsided by the push and remain deeply wary of rewarding the Kremlin with talks before it changes course.

"The Kremlin understands power politics. The Kremlin does not understand free concessions as a sign of strength," Latvian Prime minister Krisjanis Karins said. "The way its proposed is that Russia annexes Crimea, Russia wages war in Donbass (eastern Ukraine) and Europe shrugs its shoulders and continues to try to speak a dialogue."

Lithuanian President Gitanas Nauseda warned that Europe had to be "extremely cautious" over talking to Russia, but predicted that leaders would "find some solutions" over the proposals.

Dutch Prime Minister Mark Rutte said he was not against the presidents of the European Commission and Council meeting with Putin, but refused to do so himself over Russia's failure to cooperate on the investigation into downed Malaysian airliner MH17.

Among the loudest support for direct dialogue with Putin came from Austrian Chancellor Sebastian Kurz, who said it was high time for such a meeting.

The EU is looking to revamp its strategy on keeping its vast eastern neighbor in check as Brussels admits that relations with the Kremlin look set to deteriorate further despite having already reached their "lowest level."

The Merkel-Macron plan insists that the EU has to stand firm and united on Moscow, but that it should also look to engage with the Kremlin on issues of mutual interest such as climate change, health, the Iran nuclear deal and conflicts in Syria and Libya.

EU ambassadors failed to agree a common position on the summit proposal late Wednesday and left it for the leaders to hammer out the details. Proposed draft conclusions put forward by Berlin and Paris for the EU summit say the bloc "will review the existing formats of dialogue with Russia, including at the Leaders' level."

But they also lay out that leaders will ask the European Commission "to present options for additional restrictive measures, including economic sanctions" to push back against "any further malign, illegal and disruptive activity by Russia."

Ties between the EU and Russia have been in the doldrums since the Kremlin annexed Crimea from Ukraine in March 2014. The bloc has slapped waves of sanctions on Moscow, and Russia has responded with its own countermeasures.

The last summit between EU chiefs in Brussels and Putin took place in early 2014, but the Kremlin strongman has always preferred to deal bilaterally with individual nations.

According to a draft statement seen by the Deutsche Presse-Agentur (dpa) that EU leaders could approve Thursday, the 27 heads of state and governments could call on the European Commission and Borrell "to present options for additional restrictive measures, including economic sanctions."

The EU has already slapped sanctions on Russia in several rounds, including for the annexation of Crimea and the poisoning of Kremlin critic Alexei Navalny. While threatening economic sanctions, the leaders would also reiterate "the European Union's openness to a selective engagement with Russia in areas of EU interests," if they agree on the draft statement.