Group of migrants breaks through Polish border amid stand-off 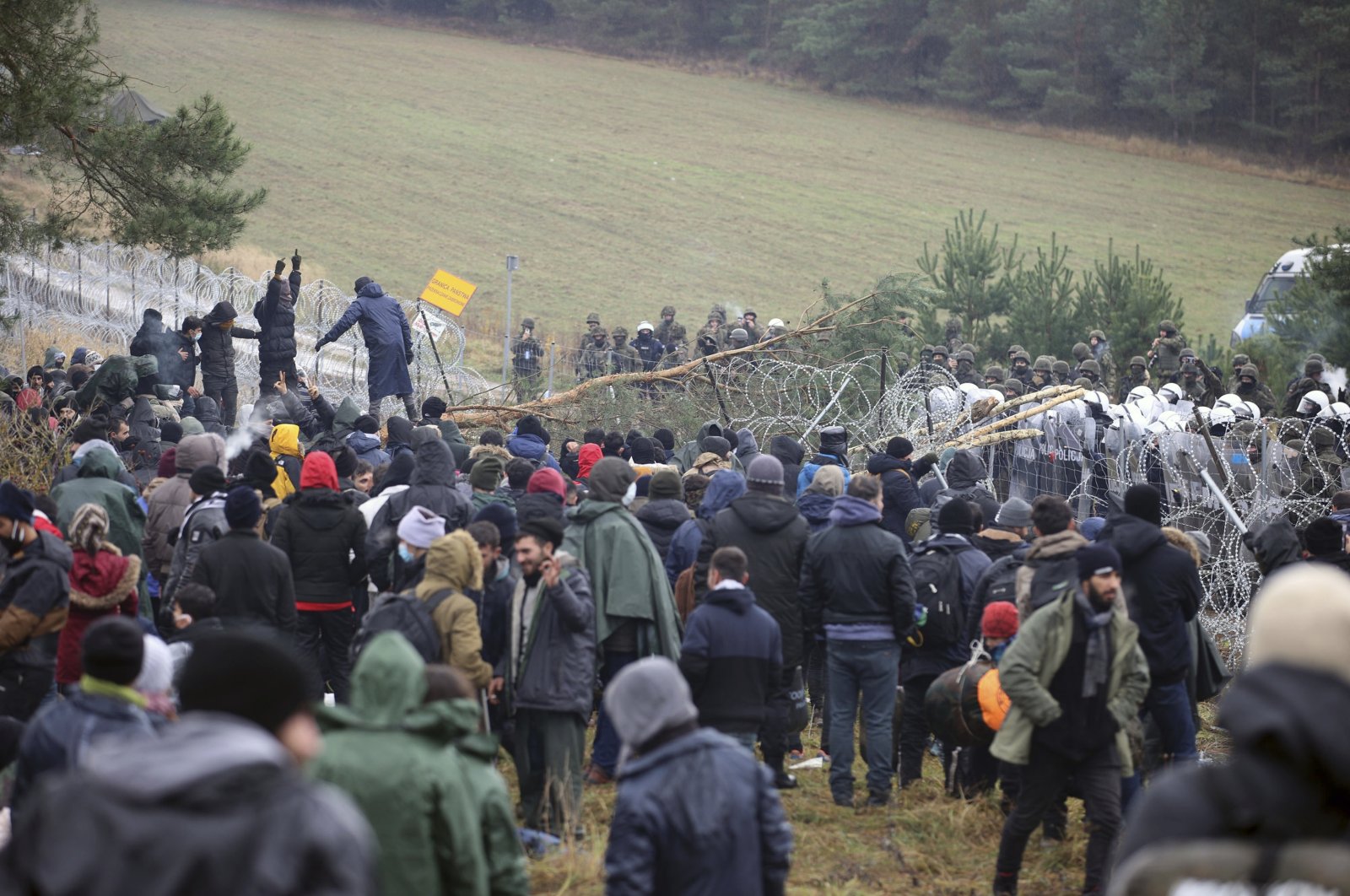 Amid the ongoing border stand-off between Poland and Belarus, a group of about 50 migrants managed to push through a barrier and were in Poland several hours before being apprehended, according to Polish police.

The incident happened late on Saturday near the village of Dubicze Cerkiewne.

Police initially said on Sunday that they had rounded up 22 Iraqi nationals, but now say they have recaptured all remaining migrants who crossed the border.

The group was taken straight back to the Belarus border.

Critics say immediate pushbacks of asylum seekers violate European human rights law. But Poland currently has an emergency law in place for the border region which says a person who enters the country illegally must leave Polish territory; it also restricts civil rights and bans demonstrations in the zone.

Asylum applications submitted by a person detained for illegal entry can be suspended or not examined, according to the law.

The law also means government statements about the situation at the border cannot be independently assessed, as journalists and aid groups have been barred from the area.

A separate attempt to break through the border near the town of Kolonia Klukowicze was unsuccessful, Polish authorities said. One officer was injured when the migrants threw stones at the authorities.

Polish border officials have been caught in a stand-off at the Belarusian border for weeks now, as thousands of people from third countries have shown up at the borders of Poland and countries like Lithuania and Latvia, seeking to enter European Union territory.

Belarusian President Alexander Lukashenko stands accused of bringing the people to Belarus and then sending them to the borders, using them as pawns as he retaliates against the EU for failing to recognize his election victory last year.

The EU says Lukashenko stole the election. He denies all allegations. However, his forces are also not allowing the migrants to turn back to Belarusian territory.

The situation is growing increasingly dangerous as temperatures in the border region dip as winter nears. Many of the immigrants have no shelter, or only rudimentary set-ups. The body of a dead migrant – a 20-year-old Syrian – was discovered on Saturday.

Germany is the eventual target destination for many of the migrants, but Polish authorities on Sunday warned migrants that they would not be able to reach Germany through Poland.

News had been passed between the migrants that, starting on Monday, there would be buses that would take them to the German border.

Indeed, an attempt by German charities to reach the border area by land and bring back some migrants was launched, but failed.

The bus organized by the Sea Bridge and LeaveNoOneBehind charities bus was turned back on Tuesday before it reached the border area.