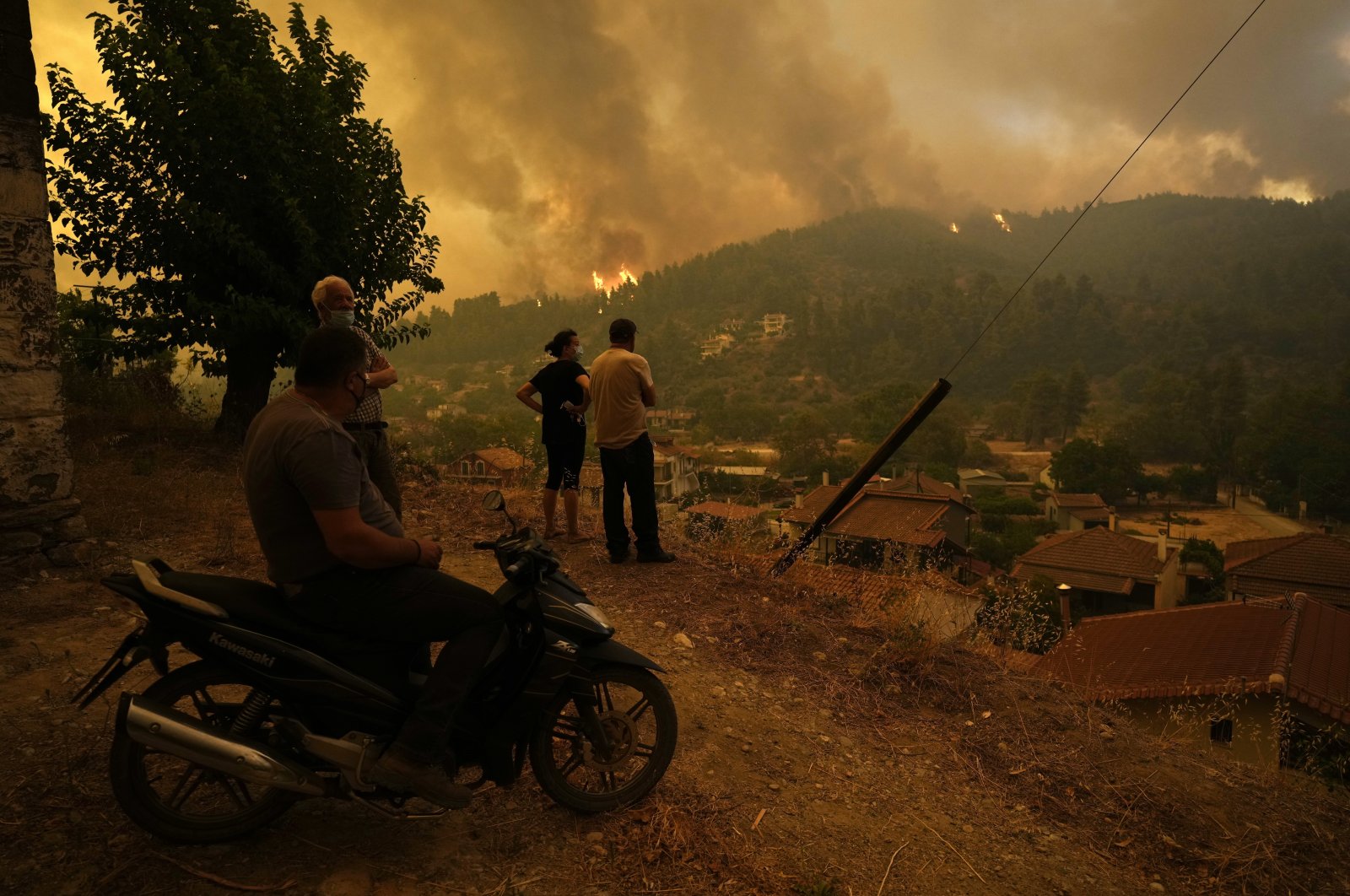 A fire broke out Friday on the Greek island of Evia south of the area where a massive wildfire scorched forests and destroyed homes.

Greece’s fire department said four water-dropping aircraft and six helicopters were sent to control the new fire in central Evia, along with 23 firefighters and 10 vehicles. The larger fire that broke out on Aug. 3 destroyed most of the island’s north and is one of the country's worst known forest fires.

Although wildfires are common in Greece during the hot, dry summers, hundreds of blazes have broken out across the country this year in the wake of an especially long and intense heat wave. Prime Minister Kyriakos Mitsotakis Thursday described the fires as the greatest ecological disaster Greece has seen in decades.

Several Mediterranean countries have suffered intense heat and quickly spreading wildfires in recent weeks, including Turkey, where at least eight people have died, and Italy. In Algeria, wildfires in the mountainous Berber region have killed at least 69 people.

Worsening drought and heat – both linked to climate change – have also fueled wildfires this summer in the Western United States and in Russia’s northern Siberia region. Scientists say there is little doubt that climate change from the burning of coal, oil and natural gas is driving more extreme events.

The fires in Greece stretched the country's firefighting capabilities to the limit, and the government appealed for help from abroad. Around 24 European and Middle Eastern countries sent aid, including firefighters, aircraft and vehicles.

On Friday, firefighters from Romania, Ukraine, Serbia, Slovakia, Poland and Moldova tended to the smoldering remnants of Evia's main blaze, which has charred 50,900 hectares (125,777 acres) of Greece's second-largest island.

Two more major fires were still burning in the southern Greek region of the Peloponnese, where hundreds of French, German, Austrian and Czech firefighters assisted their Greek colleagues.