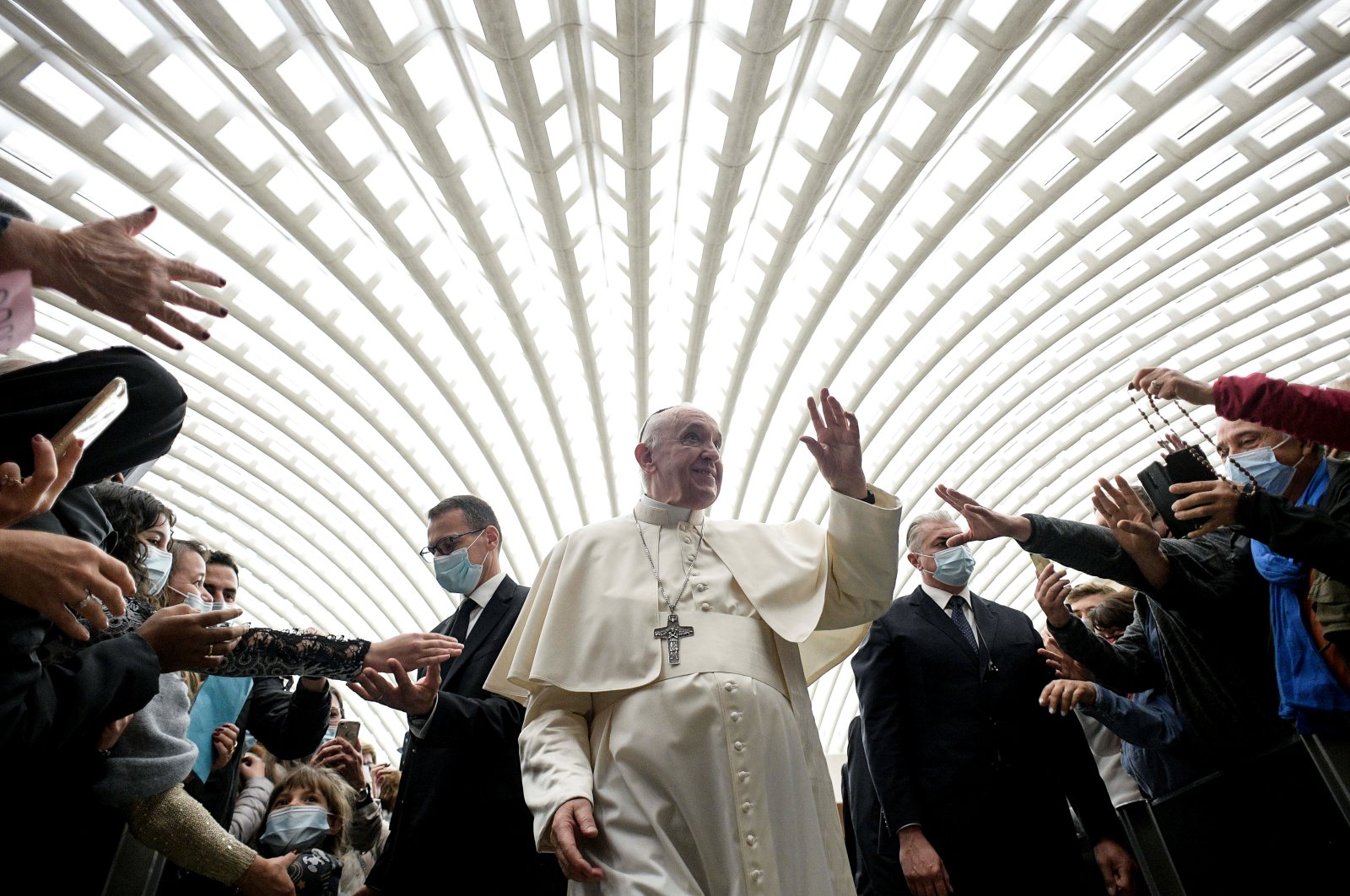 Pope Francis appealed to the international community on Sunday to offer more options for desperate migrants crossing the Mediterranean who are often sent back to "non-secure" countries like Libya, where they are detained in centers notorious for inhumane conditions.

The pontiff's message comes as Italy sees an increase in migrant arrivals from Libya, and the debate within a divided European Union shifts to migrants entering the bloc's eastern borders with Belarus.

"I express my closeness to the thousands of migrants, refugees and also others in need of protection in Libya," Francis said in a heartfelt message following his Sunday Angelus prayer on Saint Peter's Square in the Vatican.

"I don't forget you ever. I hear your cry and pray for you," he said.

"So many of these men, women and children are subject to an inhumane violence," the pope said. "Yet again I exhort the international community to keep their promises and find common, concrete and lasting solutions, to manage the migrant flows in Libya and all the Mediterranean."

He urged them to prioritize saving lives in the Mediterranean, offer safe disembarkations at ports and guarantee migrants "alternatives to detention" and access to asylum.

Italy and the European Union have for years financed, trained and equipped the Libyan coast guard to intercept migrants heading for Europe on makeshift boats. Those intercepted at sea and returned to Libya are placed in detention centers in deplorable conditions.

Italian Prime Minister Mario Draghi told Parliament Wednesday that arrivals to Italy from the Mediterranean had doubled thus far this year to 50,500 versus 26,000 in the same year-ago period.

About 1,106 people died this year attempting the crossing, he said.

Doctors Without Borders, meanwhile, said its Geo Barents charity vessel had rescued another 95 people Saturday night, bringing the total of rescued migrants onboard to 296.

On Saturday, the 406 migrants rescued in various operations by German rescue charity Sea-Watch began disembarking after Italy allowed it to dock at the Sicilian port of Pozzallo.

A two-day summit of EU leaders that ended Friday revealed continued rifts between countries on migrant issues. A number of EU member states, including Poland and Lithuania, called for the bloc to finance barriers to stem the thousands of migrants seeking access to Europe via Belarus.