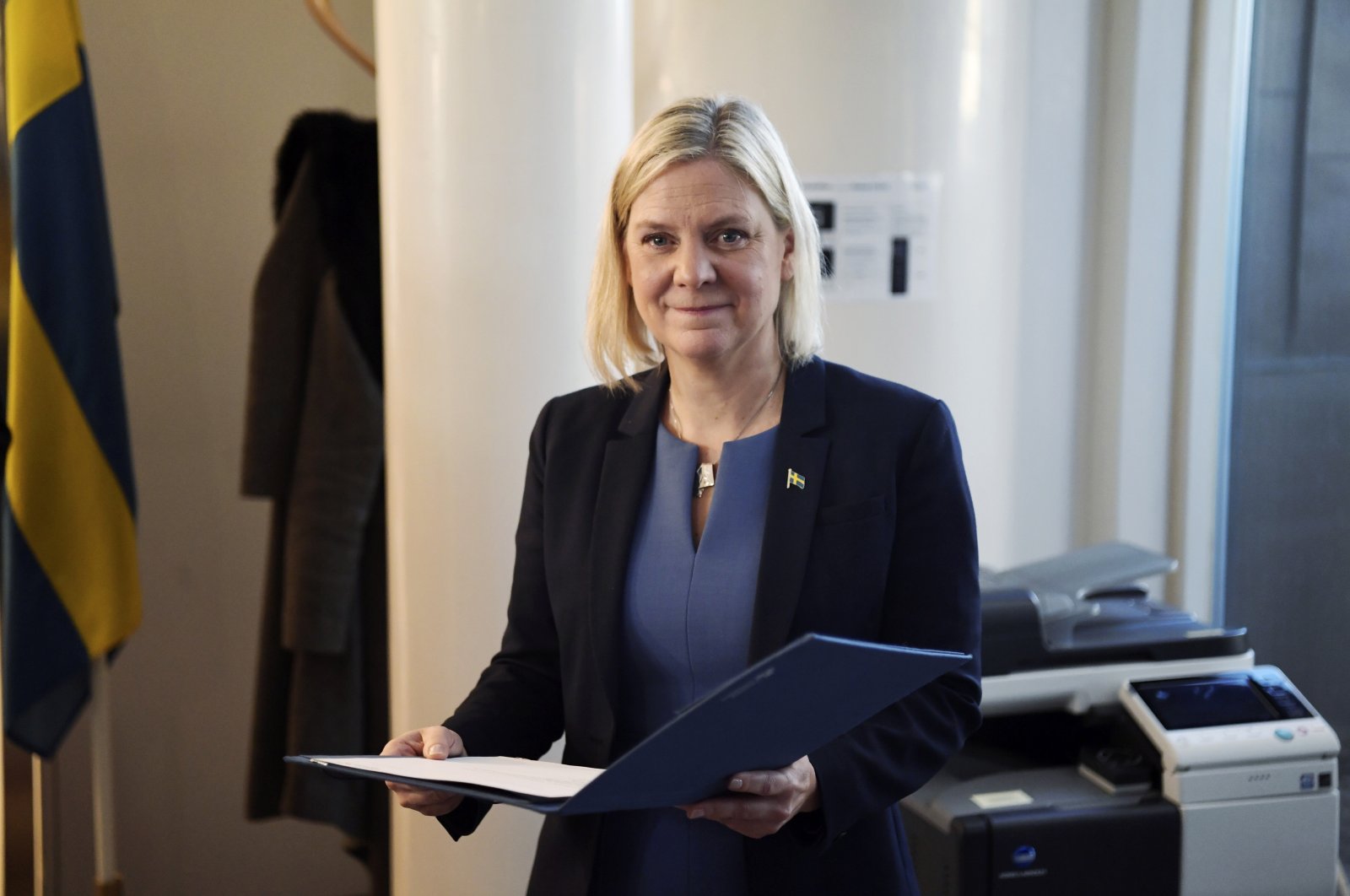 Magdelena Andersson of the Social Democrats became the first Swedish woman to be appointed as prime minister although her tenure began on slippery ground due to the upcoming budget vote.

Andersson, 54, won parliamentary approval after reaching a last-minute deal with the former communist Left Party, but her grip on power is tenuous because of the Nordic country's fragmented political landscape.

During the parliamentary vote, 174 lawmakers voted against Andersson – 175 no votes in the 349-seat parliament would have been necessary to block her path to the office of head of government.

The red-green coalition holds only 116 of the 349 seats in the Riksdag, so the opposition could have blocked Andersson's accession with a clear majority. However, the Center Party and the Left Party abstained. Andersson was thus confirmed by a narrow margin.

In the vote, 117 lawmakers voted yes to Andersson, 57 abstained and one lawmaker was absent. Under the Swedish Constitution, prime ministers can be named and govern as long as a parliamentary majority is not against them.

Her predecessor, Stefan Lofven, governed by performing a complex juggling act to secure support from both the Left and Center parties in parliament, even though they are not part of the coalition government.

After days of talks, Andersson and the Left Party reached a deal to win the latter's support. The deal focused on pensions, meaning a supplement of up to 1,000 kronor ($111) for about 700,000 pensioners on low incomes.

But the Center Party is worried by the deal with the Left Party and has said it will not back Andersson's government in a vote on a finance bill proposed by three opposition parties that could take place as early as at 3 p.m. GMT on Wednesday.

"We cannot support a budget from a government which is moving far to the left, which we think the incoming government is doing," Center Party leader Annie Loof told reporters.

Andersson had been finance minister since 2014 but now faces the prospect of governing on spending priorities determined by the opposition conservative Moderates, Christian Democrats and far-right Sweden Democrats.

"They can't get their policies adopted but they want to govern at any price. This is so desperate," he told news agency TT.

"I think I can govern the country regardless," Andersson told reporters after the vote, adding: "I think Sweden can do better."

Lofven, who stepped down earlier this month after a seven-year mandate to give Andersson a chance to boost support for the party before a general election in September next year, said he would not continue if he lost the budget vote.

Even if she manages to consolidates her power base and negotiate the budget crisis, Andersson faces significant challenges. Gang violence and shootings blight life in many suburbs of the capital, Stockholm, and other major cities.

The COVID-19 pandemic exposed gaps in the much-vaunted welfare state with the death rate in Sweden being much higher than in neighboring Nordic countries and the government needs to speed up the shift to a "green" economy if it is to meet its climate change goals.

The development marked a milestone for Sweden, viewed for decades as one of Europe's most progressive countries when it comes to gender relations, but which had yet to have a woman in the top political post. Lofven's government describes itself as feminist, putting equality between women and men at the heart of national and international work.

In a speech to parliament, Amineh Kakabaveh, an independent lawmaker who supported Andersson, noted that Sweden is currently celebrating the 100th anniversary of a decision to introduce universal and equal suffrage in the Scandinavian country.

"If women are only allowed to vote but are never elected to the highest office, democracy is not complete,” said Kakabaveh who is of Iranian Kurdish descent.

"There is something symbolic in this decision," she added. "Feminism is always about girls and women being complete people who have the same opportunities as men and boys."

"I was really moved by what she said. She pinpointed exactly what I thought,” Andersson said after her appointment in parliament where she got a standing ovation and a bouquet of red roses.

"I have been elected Sweden’s first female prime minister and know what it means for girls in our country,” Andersson said.

She said she wanted to "take back democratic control of schools, healthcare and elderly care," and move away from welfare sector privatization. She also said she aimed to make Sweden a worldwide role model in climate transition.

And she vowed to end the segregation, shootings and bombings that have plagued the country in recent years, usually due to rival gangs settling scores or organized crime battling over the drug market.

The violence has mainly hit disadvantaged neighborhoods with large immigrant populations, but has increasingly spilt over into other areas. In 2020, 47 people were killed in 366 shootings in the country of 10.3 million people, according to official statistics.

There were also 107 bombings and 102 attempted detonations.

Crime and immigration are expected to be among Swedes' main concerns in next year's election.

Lund University political analyst Anders Sannerstedt predicted it would be a "close race."

Sannerstedt said he expected "no major changes" in policies from a government headed by Andersson.