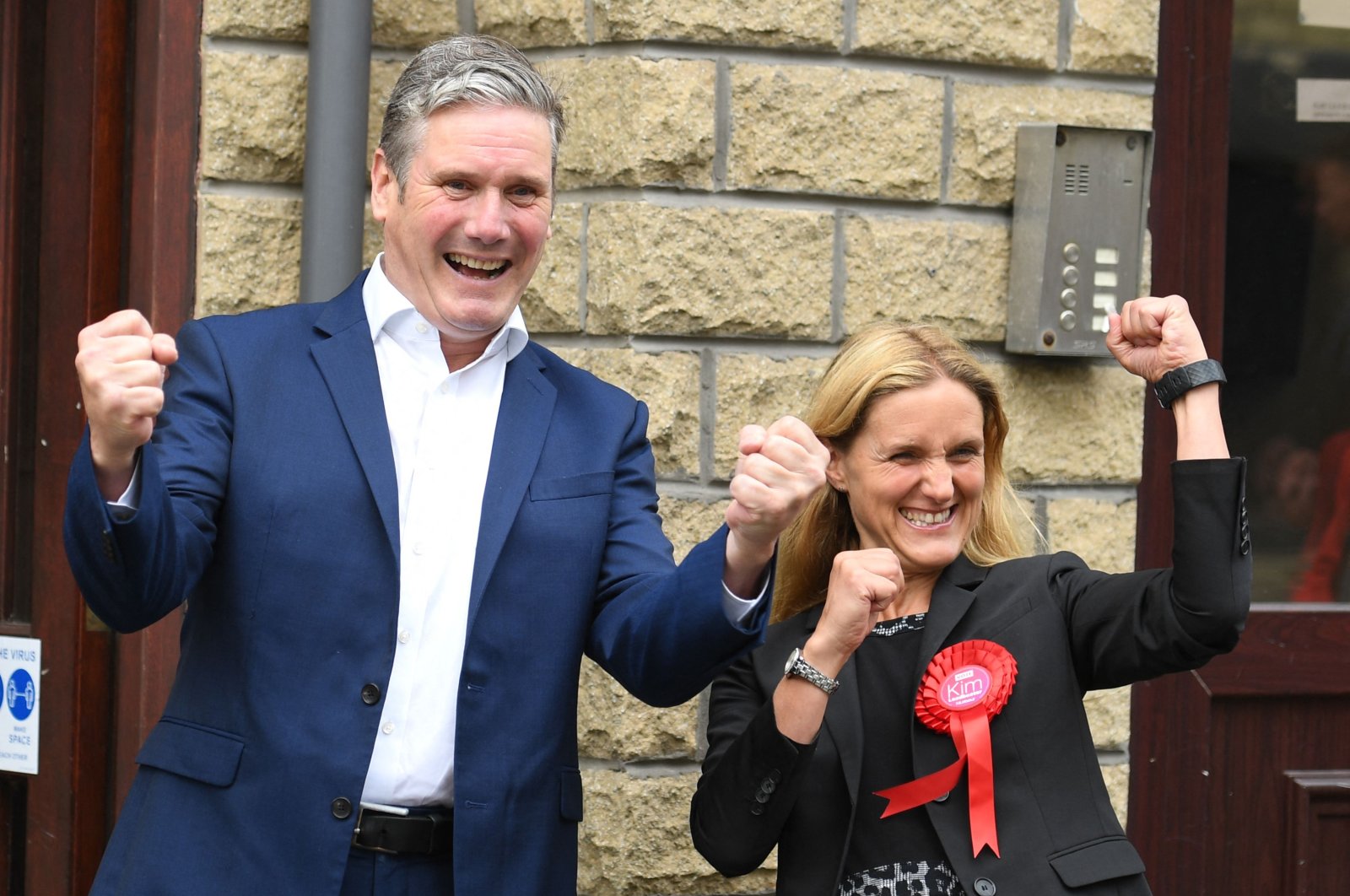 The United Kingdom’s opposition Labour Party leader Keir Starmer received a boost in northern England on Friday, fighting off a challenge from the governing Conservatives to hang on to a parliamentary seat that if lost, would have heaped pressure on him to stand down.

The victory for Labour, which saw 13,296 to 12,973 votes in favor of its candidate Kim Leadbeater, in Batley and Spen, hands Starmer a reprieve from those questioning whether he can rebuild Britain's main opposition party after a 2019 election disaster.

Prime Minister Boris Johnson's Conservatives had been cautiously hopeful they could oust Labour from another northern English constituency after winning a contest Hartlepool in May but fell just 323 votes short.

"I am absolutely delighted that the people for Batley and Spen have rejected division and they've voted for hope," said Leadbeater, sister of the region's former lawmaker, Jo Cox, who was murdered by a neo-Nazi in the constituency in 2016.

Starmer welcomed the "fantastic result" on Twitter saying: "Kim ran a positive campaign of hope, in the face of division. She will be an outstanding Labour MP for Batley and Spen."

Labour managed to hold its ground despite an attempt by firebrand leftist George Galloway, leader of the Workers Party of Britain, to split the main opposition party's vote in a race that was tarnished by accusations of dirty tricks.

With only just over 300 votes separating the two parties, the result in the by-election, which was triggered after the last Batley and Spen lawmaker became a mayor, showed that neither party was able to capitalize on the other's weaknesses.

The Conservative government was hampered by a slew of scandals, including the resignation of Matt Hancock last month, who stood down as health minister after he was caught breaking COVID-19 guidelines he had set by kissing his aide.

Labour's Starmer has struggled to connect with voters since becoming leader last year, sometimes unable to challenge a government that has won support for its successful COVID-19 vaccination program.

Britain's 2016 vote to leave the European Union has transformed the country's political landscape, with the Conservatives, traditionally the party of more affluent southern areas openly targeting voters in northern England. Some in the party fear Johnson's strategy to "level up" Britain by tackling its geographical inequalities might be alienating southern English voters after the party suffered a defeat in an election on the outskirts of London last month.

But by-elections offer only partial evidence of trends, pollsters say, and the poll in Batley and Spen may only show a small part of a wider political picture, especially after the race was tarnished by a divisive campaign.

The Muslim vote had come to the fore, with Galloway challenging Labour over its stance on the Palestinians. Labour was criticized for producing a leaflet that featured a photo of Johnson with Indian leader Narendra Modi, saying: "Don't risk a Tory who is not on your side." The party said it stood by the leaflet.