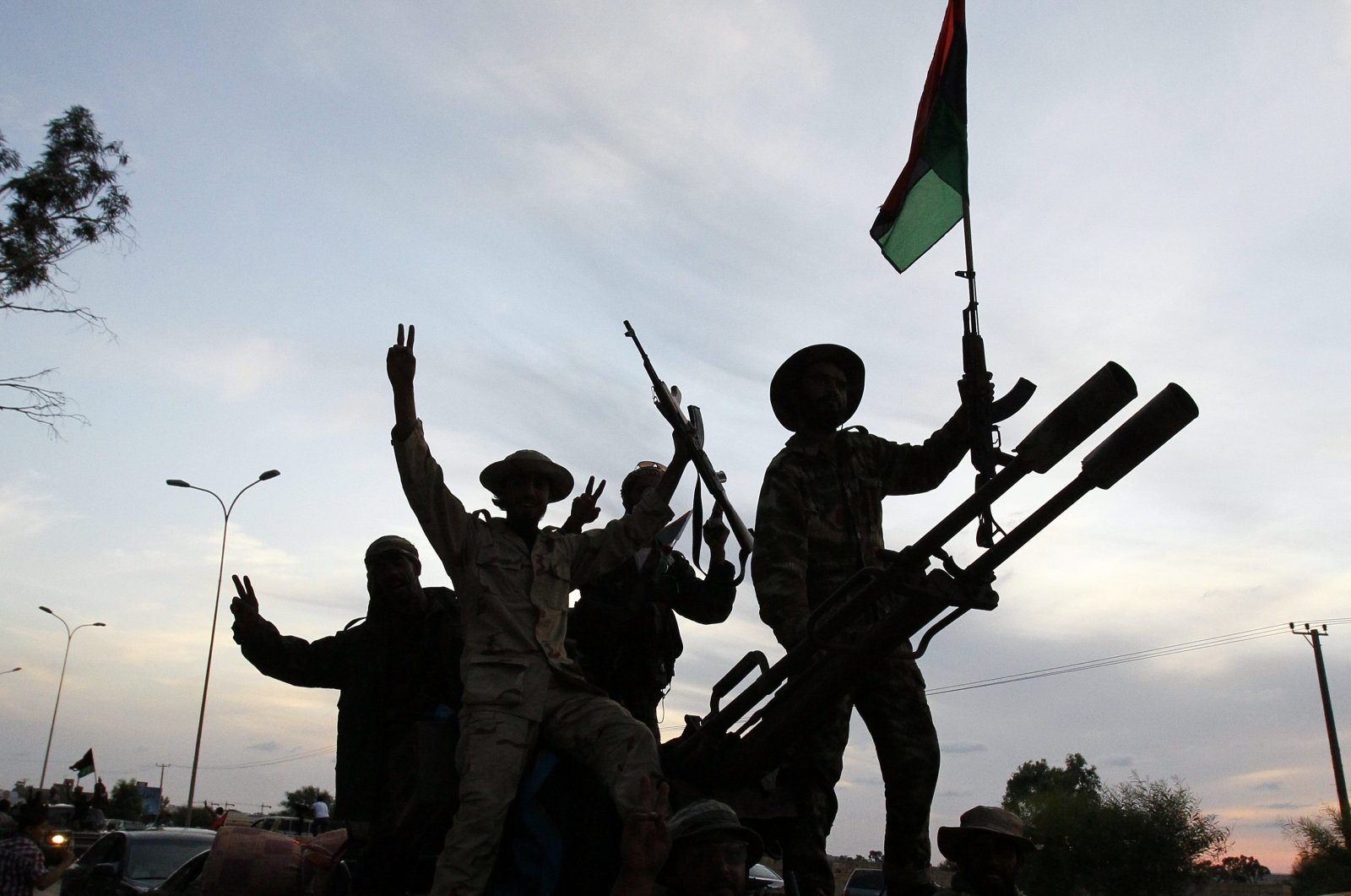 Ten years since Libyan dictator Moammar Gadhafi was ousted and killed during the Arab Spring uprising, those struggling to stabilize Libya see the Dec. 24 presidential elections as a ray of hope

Ten years after dictator Moammar Gadhafi was killed by Libyan rebels, the North African country is still struggling to emerge from the violence sparked by his overthrow, with many hoping that upcoming elections will turn a new page after a decade of chaos and instability.

Gadhafi ruled Libya with an iron fist for 42 years after a 1969 coup against the monarchy, portraying himself as a revolutionary, Arab and African hero while mercilessly crushing all opposition. In 2011, he was toppled in a revolt inspired by the Arab Spring uprisings and backed by NATO. On Oct. 20 of that year, rebels tracked him down to his hometown Sirte, tortured and killed him in the street, displaying his body in a market. The images of a bloodied Gadhafi shocked the world, while his death has failed to bring democracy or stability. Instead, Libya has fractured along regional and ideological lines, with an assortment of mafia-like militias and their foreign backers vying for control of the oil-rich country.

Last October's cease-fire between rival eastern and western governments, after United Nations-hosted talks, was followed in March by the appointment of a unity government with a mandate to lead Libya to elections. With a presidential poll set for Dec. 24, and legislative elections in January, Libya is finally turning the page on a decade of chaos.

The nation has been wracked by chaos since a NATO-backed uprising split the country between a U.N.-supported government in the capital, Tripoli, and rival authorities loyal to putschist Gen. Khalifa Haftar in the east.

"Relative to the past 10 years, Libya is in a much-improved situation," said Hamish Kinnear, an analyst with the research institute Verisk Maplecroft. "The cease-fire agreed to in October 2020 continues to hold and the Government of National Unity (GNU) is hanging on as Libya's sole government," he said.

"But Libya's political stability is increasingly precarious," Kinnear told Agence France-Presse (AFP). "The next six months will tell us whether the quiet period that followed the October 2020 cease-fire was merely an opportunity for armed factions to lick their wounds or actual progress toward a political solution," he explained.

Libyan academic Mahoud Khalfallah voiced doubts that elections alone would lead to "a definitive solution" to the crisis. That would require, "an end to negative foreign involvement in Libya's internal affairs, maturity of Libyan voters in choosing who represents them, disregarding tribalism and regionalism and all sides accepting the outcome of elections," he said.

The road to the ballot box has been paved with bitter debates over electoral laws, notably, a bill on presidential polls that appeared tailor-made for a bid by Haftar and was passed in a move many of his opponents say bypassed due process.

Haftar is despised by many in western Libya, particularly after the yearlong offensive by his self-styled Libyan National Army (LNA) to seize Tripoli, which killed thousands of people before he was pushed back by Turkish armed forces in June 2020. During the course of Haftar's offensives in Libya, he gained strong support from Russia, France, Egypt and the United Arab Emirates (UAE), while Turkey backed the internationally recognized Government of National Accord (GNA) in the west. The strongman's portrait, with a vivid red cross over his face, now hangs on many official buildings.

In a move that increased tensions between Washington and Haftar ahead of presidential elections, in which the strongman will likely participate following his decision to temporarily give up his military role as required by the new law, the putschist general hired a former American adviser to U.S. President Bill Clinton and a retired Republican lawmaker in September in a bid for the presidency. However, the documents filed with the U.S. Department of Justice and reviewed by the London-based media outlet Middle East Eye (MEE), a six-month contract signed by Haftar with Lanny Davis and former Congressman Robert Livingston, were suspended on Sept. 30. Rawlings International Advisory Group, a lobbying firm that represented Haftar and introduced him to veteran political insiders, has also suspended a nearly $1 million deal with the putschist general.

Haftar's efforts to lobby on his behalf to the Biden administration have coincided with a range of laws being debated in Congress that could pose serious problems for the commander and his future aspirations in Libya.

Earlier in September, the U.S. House of Representatives passed the Libya Stabilization Act (LSA), threatening to implement a series of sanctions on those who violate Libya's arms embargo or those who seek to erode security or stability in the war-torn country. The bill sanctions those who violate human rights or support foreign military intervention in the country. It also aims to specifically address the presence of Russian mercenaries.

The United Nations estimates there are more than 20,000 mercenaries, including Russians, Syrians, Chadians and Sudanese, as well as foreign troops, deployed in Libya.

Libyans, as well as several regional powers, have accused Haftar and his forces of authoritarian tendencies and of committing war crimes, as well as trying to overthrow the internationally recognized government.

Hafed al-Ghwell, a fellow at the Foreign Policy Institute of the Johns Hopkins University School of Advanced International Studies, told MEE the LSA's passage in the House may have been interpreted as a sign that "Haftar was a bad client to have in this town."

"I don't think any of the big gun lobbyists really see him as a good investment at this stage," al-Ghwell, told MEE.

"He still has some backing from the Emiratis, the Saudis and Egyptians, but his military campaign failed," al-Ghwell said. "He is also 77 years old, and I don't think he is seen as a viable option by anyone," he added.

Analyst Ahmed al-Rashrash said Libyans were "hoping these elections will lead to a better life and to political stability and security." But some experts voice doubts the process will resolve deep-seated issues.

"We're in a vicious cycle because of the failure of the political process," said Tripoli civil servant Abdelfattah Benour. The situation has left some nostalgic for Gadhafi's era.

While the leader brutally stamped out all forms of opposition during his rule, many enjoyed high living standards paid for by Libya's vast oil wealth, with the highest gross domestic product (GDP) per capita in Africa. That is a stark contrast to today.

A decade of conflict has ruined infrastructure and battered the economy, leaving Libya suffering chronic power cuts and runaway inflation. That has left Libyans themselves suffering "both psychologically and economically," said Tripoli businessperson Issam el-Mejri, although he said he felt "more freedom" since Gadhafi's fall.

Faraj Najib, who runs a small shop in the eastern city of Benghazi, said the elections were "a ray of hope for Libyans, who have been hugely impoverished" by the years of conflict.