Escalation in Gaza a consequence of US 'deal of century': Expert 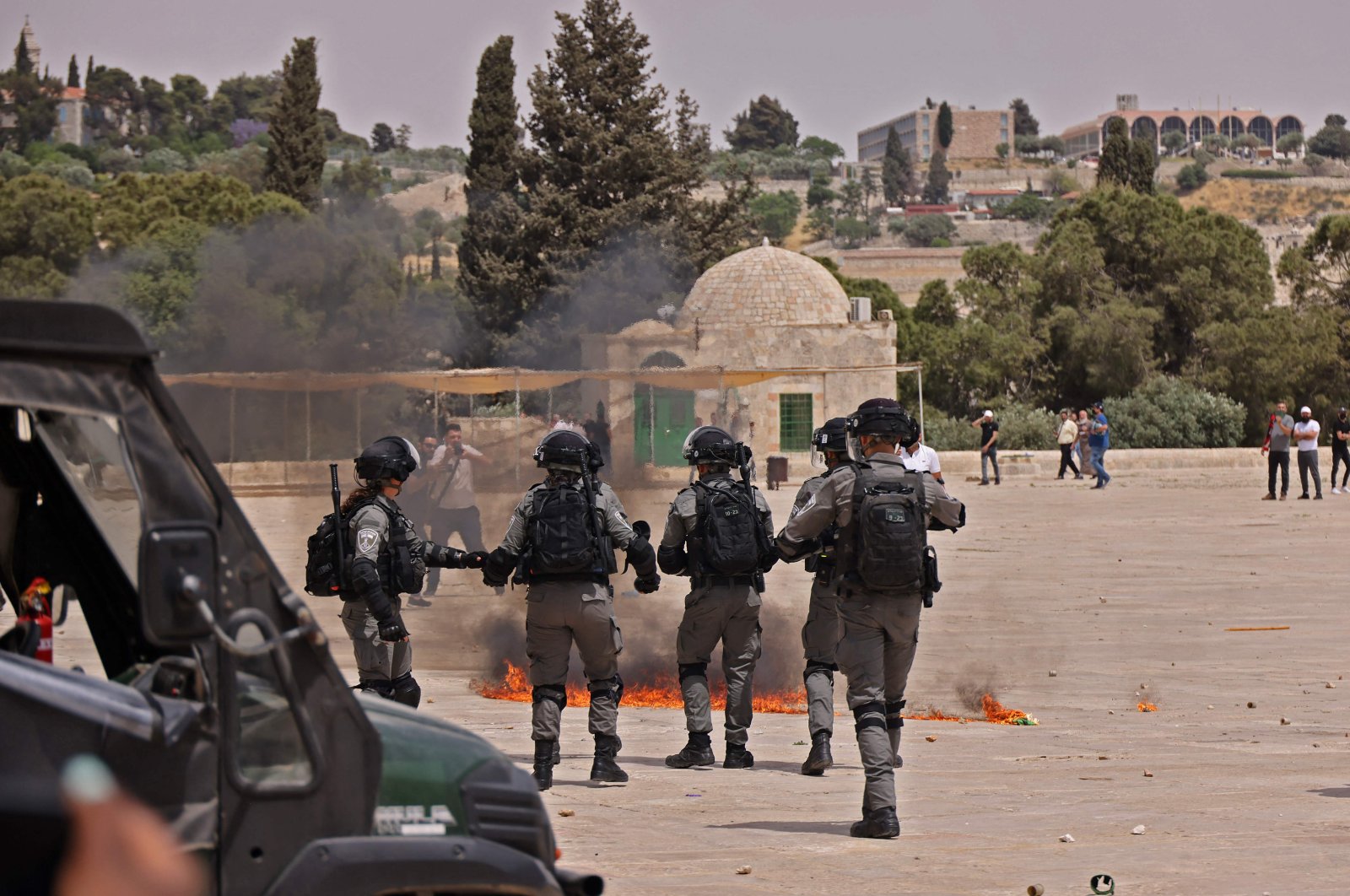 The current escalation of violence in Jerusalem and the Gaza Strip is a consequence of the United States' "deal of the century," which is unjust to Palestine, a Russian expert said in an interview with Anadolu Agency (AA).

Konstantin Truevtsev, a senior fellow at the Institute of Oriental Studies at the Russian Academy of Sciences explained that the deal comprises of two parts – the first entails Israel's "normalization" with Arab countries, which he sees as "positive" and "contributing to the Middle East's security."

The other part deems Palestine "an injured party" as Washington's approval of East Jerusalem's annexation deprived the Palestinians of the opportunity to establish a capital in East Jerusalem, as stipulated by the United Nations decisions, including those by the U.N. Security Council, which are internationally binding, he stressed. In the meantime, enjoying the U.S. support, Israel continues its gradual "disguised occupation" of East Jerusalem and the West Bank of the Jordan River, Truevtsev added.

"This year, the end of the holy month of Ramadan coincided with the 'Day of Jerusalem' for the Jews. And the celebration takes place in the same place. In the presence of tension, as in this case, it often results in clashes. And this year, it also coincided with the fact that Israel began to evict Palestinians from East Jerusalem.

"The clashes first took place between radical Palestinians, mostly young people, and the Israeli police and army. Young people threw stones at the police and the army, and the army responded with bullets, mostly rubber, but in the end, not only rubber ones," the expert said.

Hamas, which positions itself as a protector of the Muslim values and defender of the Palestinian people responded with rocket fire of "unprecedented intensity" with rockets of increased flight range, which was "a complete surprise to Israel," he said.

Another "surprise" for Israel is the change of position of the Palestinians who reside in Israeli territories. These Palestinians, who called themselves "Israeli Arabs," speak Hebrew and work in Israel and were considered "traitors" by their compatriots from the occupied territories, he added.

Palestine has no external defenders

Palestine's vulnerability is a major feature of the current situation as it has lost almost all of its external defenders, Truevtsev added. Once backed by a number of Arab countries, Palestine today can only rely on Qatar's support, which does not have enough power to fundamentally shift the situation, the expert said. The United Arab Emirates (UAE), Egypt and Jordan established diplomatic relations with Tel Aviv, as did Bahrain with the approval of Saudi Arabia, he added.

Riyadh has not been able to allow diplomatic relations with Israel because of the opposition in the influential religious circles, but "religious circles are anti-Israeli, but not so much as to organize a large-scale resistance to Israel from Saudi Arabia," he also said. "Iran is far away. As it was said at the time, the resilience of Arab countries towards Israel is inversely proportional to the distance between them and the Israeli border.

"Libya and Algeria were in favor of resisting Israel. Algeria still fiercely supports the Palestinian people today, but where is Algeria and where is Israel? Iran could have clashed with Israel when it built its infrastructure through Iraq, Syria, reached the Israeli border near the Golan Heights and linked up with Hamas in Lebanon. But in 2019, there was an uprising in Iraq, anti-Iraqi in its character if you think, and this infrastructure was lost," the expert noted.

Israel will not allow entry to peacekeepers

Sending a peacekeeping mission to the region will not alleviate the situation as both the Israelis and Palestinians behave unpredictably and it is unclear where the mission could even feasibly be established, he said.

"If they encircle the Gaza Strip, which is already encircled by the Israeli army, the rockets will not stop flying from there. The point of peacemakers is to separate the two sides. And here, on the one hand, they are already separated, and on the other hand, it is impossible to divide the radicals from ordinary people inside Israel," he said. "And Israel will never allow someone's peacekeepers to be introduced into its territory, because Israel considers itself a self-sufficient state, because for Israel it will be a national humiliation."

Tensions have been running high in the Sheikh Jarrah neighborhood of East Jerusalem since early May when an Israeli court ordered the eviction of Palestinian families, which was later delayed. Palestinians protesting in solidarity with residents of Sheikh Jarrah have been targeted by Israeli forces. The escalation resulted in airstrikes by Israel on Gaza, which has left at least 243 Palestinians dead and more than 1,700 others wounded, according to the Palestinian authorities. Israel occupied East Jerusalem during the 1967 Arab-Israeli war and annexed the entire city in 1980 – a move that has never been recognized by the international community.