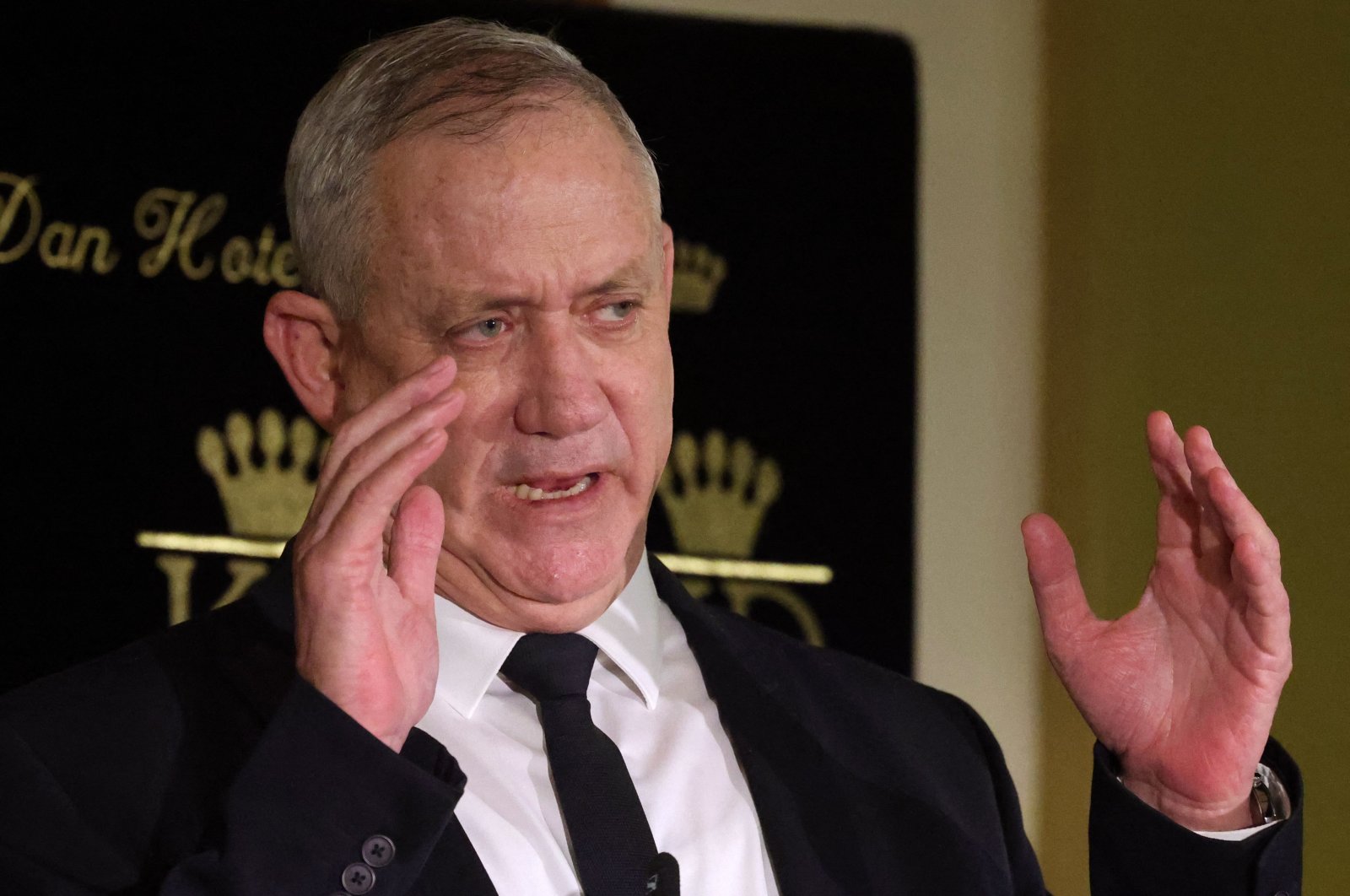 Israel's defense minister distanced himself from remarks that were made by his military chief asserting that the high-rise building housing an Associated Press (AP) office and other international news outlets in Gaza was rightfully destroyed, saying the remarks were not meant to be taken literally.

In an article published on the website of Channel 12 news over the weekend, the military chief of staff, Lt. Gen. Aviv Kohavi, was quoted as saying that "the building was destroyed justly” and he did not have a "gram of regret.”

The article claimed that Palestinian resistance group Hamas that governs Gaza used various floors of the Jalaa Tower for "significant electronic warfare” meant to disrupt Israeli air force GPS communications. The article then said Kohavi had told "a foreign source” that AP journalists drank coffee each morning in a cafeteria in the building’s entrance with Hamas electronics experts, whether they knew it or not.

The AP called the comments "patently false,” noting that "there was not even a cafeteria in the building.”

"When the chief of staff talked about it, he was trying to portray the atmosphere, not the actual aspects," Gantz said.

Gantz again alleged that "there was Hamas infrastructure in offices that operated from this building.”

Asked to respond to Gantz's comments, the military spokesperson's office also said Kohavi's statements were meant to be figurative.

"It was never claimed that AP journalists were knowingly interacting with Hamas personnel. On the contrary, due to the nature of Hamas' activities, AP journalists had no means of knowing that Hamas personnel were in the building,” it said. "The chief of the general staff explained the possible circumstances of such an encounter where the terrorist organization Hamas embeds itself within the civilian population and uses civilian buildings for military purposes,” it said.

The Israeli army gave occupants of the building one hour to evacuate before the May 15 airstrike. No one was injured, but the high-rise was flattened into a pile of rubble.

The AP has said it had no indication of a Hamas presence in the building and was never warned of any possible presence before that day. It has called for an independent investigation and urged Israel to make public its intelligence.

Gantz said Israel has shared its intelligence with the United States government. But he indicated that Israel has no intention of making the information public, saying it did not want to divulge its sources.

U.S. Secretary of State Antony Blinken said more than two weeks ago that he has not seen any Israeli evidence that Hamas was operating in the Gaza building. Blinken made the comments at a joint briefing with Denmark's foreign minister in Copenhagen. The U.S. secretary of state said he has asked Israel for justification for the strike targeting the building, where the media offices included those of AP and Qatar's Al-Jazeera News Network.

“Shortly after the strike we did request additional details regarding the justification for it,” Blinken said. He declined to discuss specific intelligence, saying he “will leave it to others to characterize if any information has been shared and our assessment (of) that information.”

But he said, “I have not seen any information provided.”

The 13-story building, one of Gaza's oldest multistory buildings, had a total of 60 units, including offices of media companies, legal firms and doctors. The offices of Mayadeen Company for media services, the radio station Voice of Prisoners and the Doha Media Center were among the other media offices destroyed by Israeli shelling.

In its recent indiscriminate attacks, Israel also targeted the press and Turkish journalists, drawing condemnation from press institutions around the world. Israeli attacks on Gaza, which began May 10, have killed over more than 250, including dozens of minors and women.

The airstrikes on Gaza were preceded by days of tension and Israeli aggression in occupied East Jerusalem, where hundreds of Palestinians were assaulted by Israeli forces and settlers in Al-Aqsa Mosque and in the Sheikh Jarrah neighborhood. Israel occupied East Jerusalem during the 1967 Arab-Israeli war and annexed the entire city in 1980, in a move that has never been recognized by the international community.