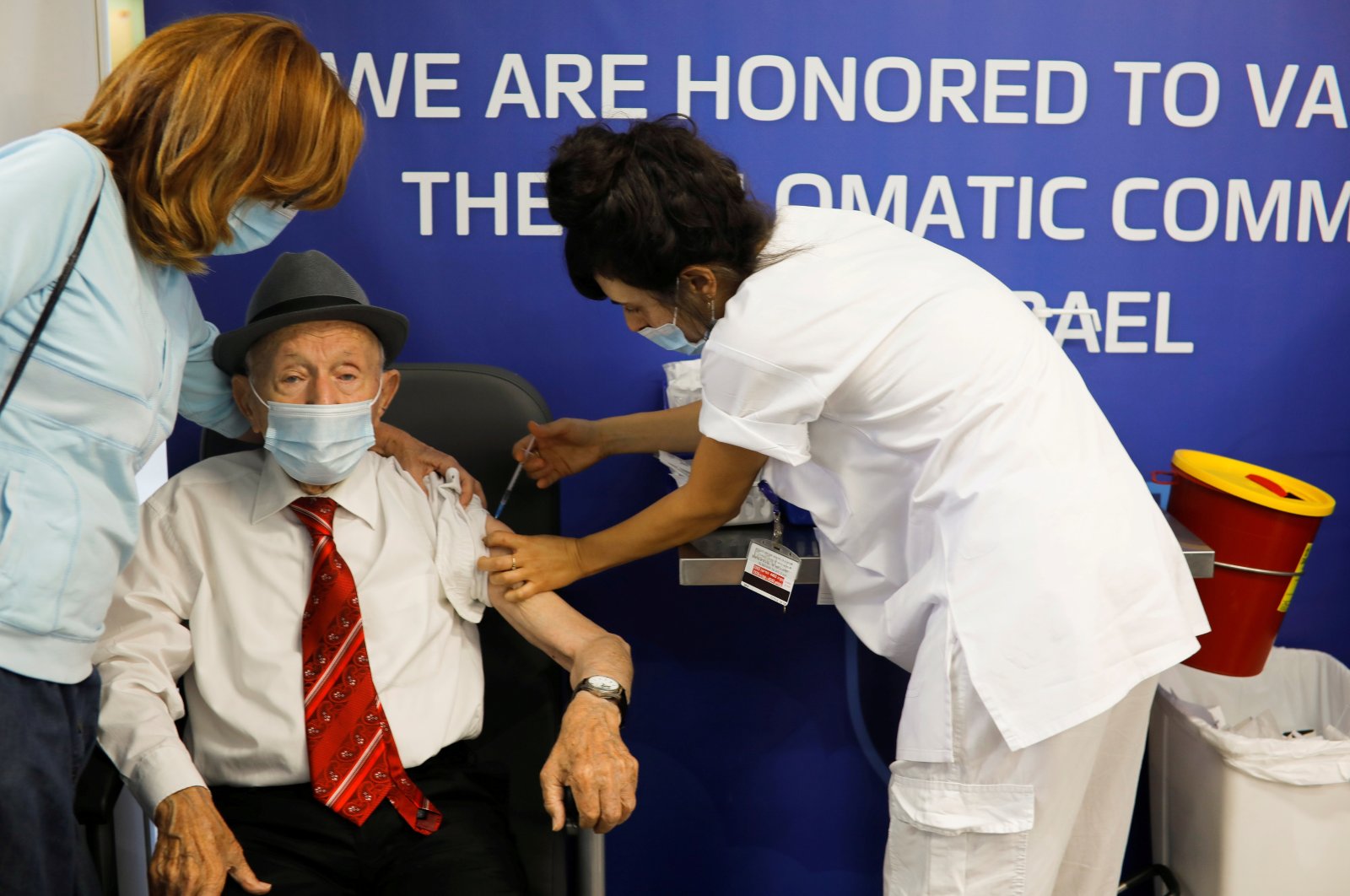 Israeli doctors are studying which vaccinated COVID-19 patients are most vulnerable to severe illness, amid growing concerns about instances in which the shots provide less protection against the worst forms of the disease.

Around half of the country's 600 patients presently hospitalized with severe illness have received two doses of the Pfizer-BioNTech shot, a rare occurrence out of 5.4 million fully vaccinated people.

The majority of these patients received two vaccine doses at least five months ago, are over the age of 60 and also have chronic illnesses known to exacerbate a coronavirus infection. They range from diabetes to heart disease and lung ailments, as well as cancers and inflammatory diseases that are treated with immune-system suppressing drugs, according to Reuters interviews with 11 doctors, health specialists and officials.

Such "breakthrough" cases have become central to a global debate over whether highly vaccinated countries should give booster doses of COVID-19 vaccines, and to which people.

Israel began offering booster doses to people age 60 and up in July, and has since expanded that eligibility.

The U.S., citing data out of Israel and other findings, said on Wednesday it would make booster doses available to all Americans beginning in September.

Other countries, including France and Germany, have so far limited their booster plans to the elderly and people with weak immune systems.

"The vaccinated patients are older, unhealthy, often they were bedridden before infection, immobile and already requiring nursing care," said Noa Eliakim-Raz, head of the coronavirus ward at Rabin Medical Centre in Petach Tikva.

In contrast, "the unvaccinated COVID patients we see are young, healthy, working people and their condition deteriorates rapidly," she said. "Suddenly they're being put on oxygen or on a respirator."

Israel's Health Ministry raised a new alarm this week with a report showing the Pfizer-BioNTech vaccine's effectiveness against severe disease appearing to have dropped from more than 90% to 55% in people age 65 and up who received their second jab in January.

Disease experts say it is not clear how representative the figures are but agree it is concerning given evidence that overall vaccine protection against infection is waning.

They cannot say whether that is due to the amount of time that has passed since inoculation, the ability of the highly contagious delta variant to evade protection, the age and underlying health of the people vaccinated, or a combination of all of these factors.

Health officials in the U.K. and U.S., two other nations with high vaccination rates and a spike in delta infections, have reported similar trends.

In the U.K., about 35% of the people hospitalized with a delta case in recent weeks had received two doses of a COVID-19 vaccine. Nearly three-quarters of U.S. breakthrough infections that led to hospitalization or death were among people age 65 or older, according to federal data.

U.S. officials said their booster plan is based on concern that over time, the vaccines will provide less protection against severe disease, including among younger adults.

"We are watching other countries carefully and (are) concerned that we too will see what Israel is seeing, which is worsening infections over time" among vaccinated people, U.S. Centers for Disease Control and Prevention Director Rochelle Walensky said at a press conference on Wednesday.

The World Health Organization has repeatedly urged wealthy nations to refrain from providing boosters while much of the world has yet to access their first COVID-19 vaccine doses.

The delta variant, first identified in India, has become the dominant version of the coronavirus globally, accelerating a pandemic that has killed more than 4.4 million people.

In Israel, daily new cases have increased from the single digits in June to around 8,000 since the arrival of delta. Approximately half of the cases – the majority of them mild to moderate – are in vaccinated people.

Those vaccinated first in Israel were at high risk, including people age 60 and up. The immune response of some may have weakened by the time delta hit Israel. But for others with underlying health conditions, the vaccine may have not kicked in at all.

"For some of them the vaccine did not trigger an immune response, they had no antibodies, because of the illness itself or because they are treated with medication that suppresses the immune system," said Dror Mevorach, who heads the coronavirus ward at Hadassah hospital in Jerusalem. He cited examples such as chronic lymphocytic leukemia and lymphoma.

Among 3 million vaccinated Israelis covered by Clalit, the country's largest health care provider, 600 have suffered severe breakthrough cases since June. Around 75% of them were above the age of 70 and were at least five months after their second dose, according to Ran Balicer, Clalit's chief innovation officer. Nearly all of them have chronic illnesses.

"In those people who come in, because of their age, because of their co-morbidities, they might be people that you would expect that the vaccine is not quite so efficacious as other age groups," said Tom Wingfield, a clinical lecturer at the Liverpool School of Tropical Medicine.

A new surge in U.S. coronavirus cases and deaths has been fueled by delta, particularly in states where vaccination rates remain low. Among vaccinated patients who become infected, there is evidence of older people being hit harder.

In Texas, 92% of the vaccine breakthrough cases that resulted in death were in people over the age of 60 and 75% had a known underlying condition that put them at high risk from COVID-19, according to a public health department spokesperson.

Initial data in Israel suggests the booster shots administered in the last few weeks are reducing the risk of infection in older people compared with those who have received only two doses.

"The vaccinated patients I've treated usually left the ICU in about three days. The unvaccinated patients took a week or two until they stabilized," said Yael Haviv-Yadid, head of the critical care ward at Sheba Medical Centre near Tel Aviv.

Even if the vaccine did not stop them getting ill, it may have mitigated their illness, said Alex Rozov, head of the coronavirus ward at Barzilai Medical Centre in Ashkelon.

"Our cautious impression is that the vaccinated patients suffer an easier course of illness – the treatment is more effective among those who have antibodies."