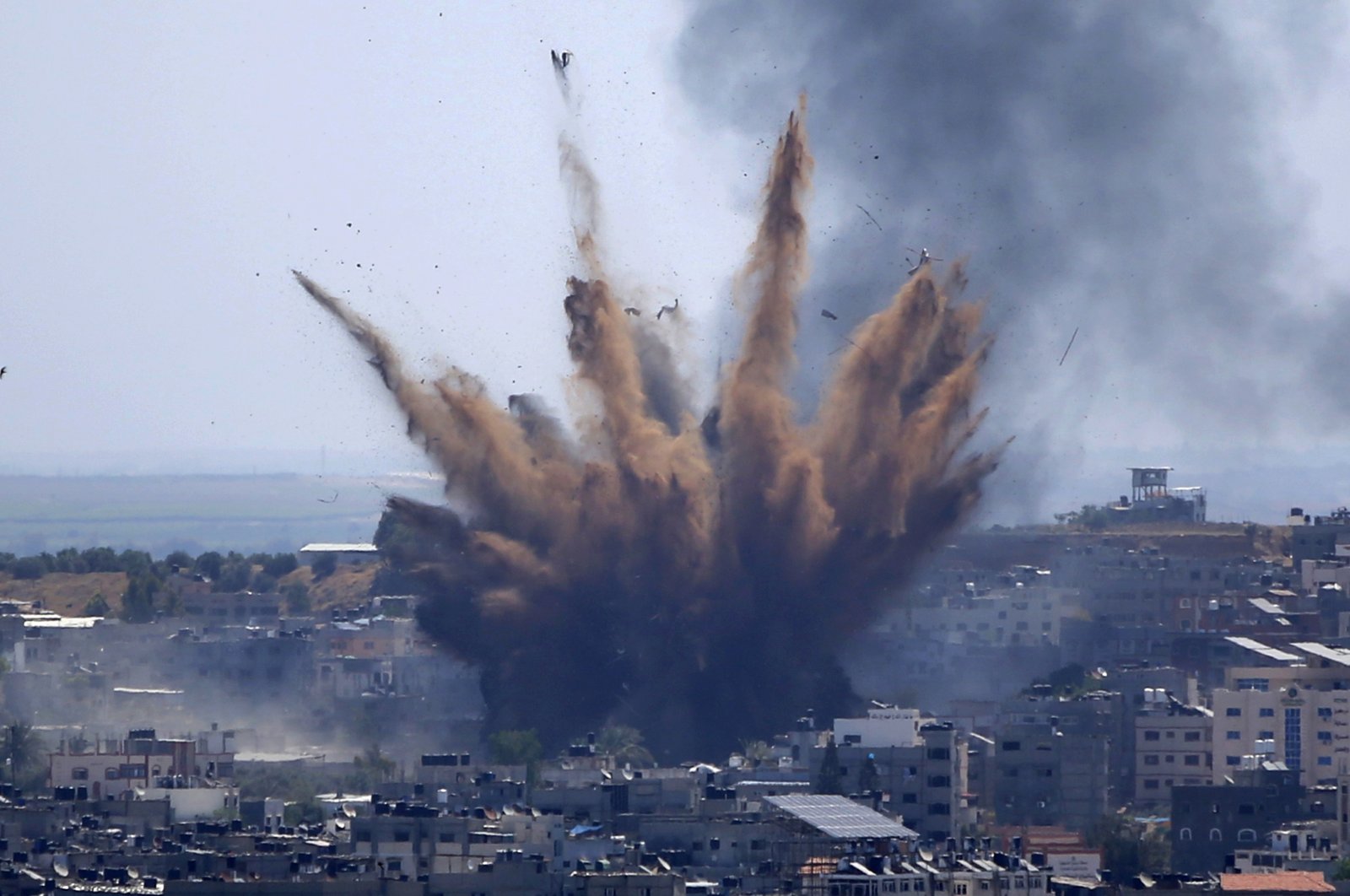 HRW noted that although no one was harmed in the airstrikes, the attacks damaged neighboring buildings, left dozens of people homeless and destroyed scores of businesses.

"The apparently unlawful Israeli strikes on four high-rise towers in Gaza City caused serious, lasting harm for countless Palestinians who lived, worked, shopped or benefited from businesses based there,” said Richard Weir, crisis and conflict researcher for HRW. "The Israeli military should publicly produce the evidence that it says it relies on to carry out these attacks.”

The Israeli military did not immediately respond to the report, but it has accused Hamas of using the buildings for military purposes and turning their occupants into human shields. It was the New York-based group’s third report on the 11-day war. It has previously accused Israel of apparent war crimes for attacks that it said had no clear military targets but killed dozens of civilians.

The war erupted on May 10 after Israeli security forces assaulted dozens of Palestinian worshippers in the Al-Aqsa compound, the third-holiest site in Islam, during the holy Muslim holiday of Ramadan. Separately the clashes between soldiers and Palestinian protesters erupted in the occupied East Jerusalem's Sheikh Jarrah neighborhood where Tel Aviv has for years maintain its eviction campaign against Muslim citizens.

Israel’s destruction of Palestinian high-rises was one of its most controversial wartime tactics. Among the targets was the 12-story al-Jalaa building, which housed the local offices of The Associated Press (AP). The building was also home to dozens of families.

Israel has said the buildings were used by Hamas for military purposes, and in all cases, it ordered occupants to evacuate before the structures were destroyed in what it says was a step to avoid civilian casualties. The AP has called on Israel to make public the evidence it used to justify the demolition of the al-Jalaa building. Israel has said Hamas operatives were using the building for a sophisticated effort aimed at disrupting Israel’s Iron Dome rocket defense system. But it has refused to share its intelligence, saying it did not want to reveal its sources of information.

HRW said it interviewed 18 Palestinians who were either witnesses or survivors of the airstrikes. It said it also reviewed video footage and photos after the attacks, as well as statements by Israeli and Palestinian officials. It said it found no evidence that Hamas had a current or long-term presence in the buildings when they were attacked.

It also said that even if militants were using the buildings, making them legitimate targets, Israel is obligated to avoid disproportionate harm to civilians.

"The proportionality of the attack is even more questionable because Israeli forces have previously demonstrated the capacity to strike specific floors or parts of structures,” it said.

The May conflict was the fourth war between Israel and Hamas since the Palestinian resistance group, which opposes Israel’s existence, seized control of Gaza in 2007, a year after winning elections. HRW, other rights groups and U.N. officials have accused both sides of committing war crimes in all of the conflicts.

Early this year, HRW accused Israel of being guilty of international crimes of apartheid because of discriminatory policies toward Palestinians, both inside Israel as well as in the occupied West Bank and Gaza Strip. Israel has rejected the accusations. It also has called on the International Criminal Court (ICC) to include the recent Gaza war in its ongoing investigation into possible war crimes by Israel and Palestinian groups.

Israel does not recognize the court’s jurisdiction and says it is capable of investigating any possible wrongdoing by its army. It says the ICC probe is unfair and politically motivated.