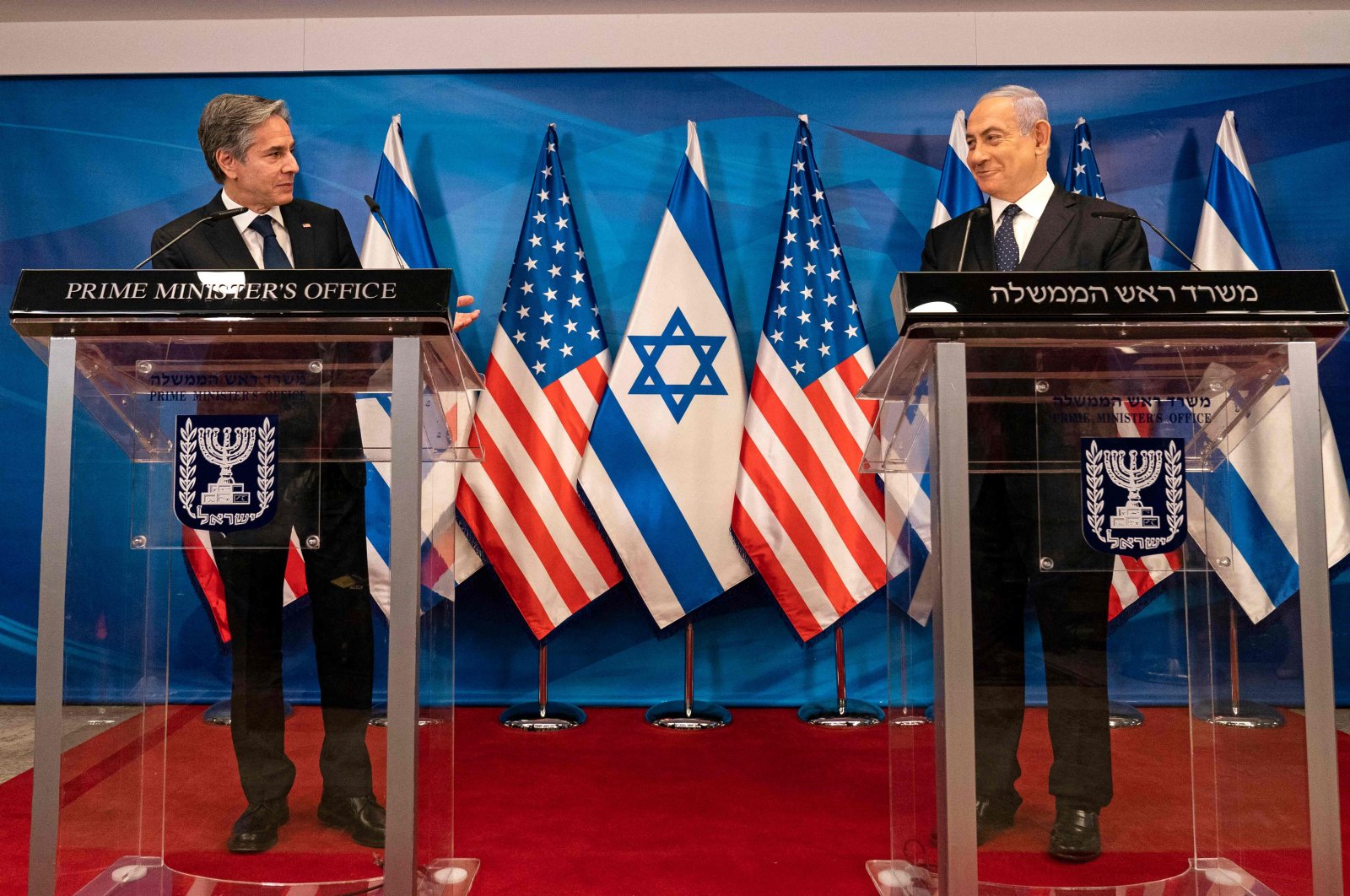 The comments came as Netanyahu met with U.S. Secretary of State Antony Blinken in West Jerusalem during the top American diplomat's trip to the Middle East, where he aimed to bolster the initial cease-fire agreement.

Ahead of talks with Palestinian President Mahmud Abbas later in the West Bank, Blinken vowed support to help rebuild the battered Gaza Strip but insisted Gaza's rulers Hamas would not benefit from any aid.

“We’ll work with our partners closely, with all, to ensure that Hamas does not benefit from the reconstruction assistance,” Blinken said, according to remarks carried by Reuters.

Blinken's tour, which started in Israel and which will also take him to neighboring Egypt and Jordan, comes as unrest still grips parts of annexed East Jerusalem after Friday's cease-fire. Blinken, who said earlier his trip would aim to support "efforts to solidify a ceasefire," had no contact with Hamas. U.S. President Joe Biden said Blinken would meet "with Israeli leaders about our ironclad commitment to Israel's security," as well as seeking to rebuild ties with the Palestinians.

Blinken on Sunday reaffirmed U.S. support for a two-state solution as the only way to provide hope to Israelis and Palestinians that they can live "with equal measures of security, of peace and dignity".

"There's lots of hard work ahead to restore hope, respect and some trust across the communities," the U.S. top diplomat said. "But we've seen the alternative and I think that should cause all of us to redouble our efforts to preserve the peace and improve the lives of Israelis and Palestinians alike."

Hours before Blinken's arrival, Israeli forces killed a Palestinian in the occupied West Bank, Palestinian and Israeli security sources said. The man was killed during an Israeli arrest raid on Al-Amara refugee camp near Ramallah, the sources said.

Overnight Sunday into Monday, Israeli forces rounded up 43 Palestinians in the West Bank and East Jerusalem, the Palestinian Prisoners Club said. Israeli police, who operate in East Jerusalem, said late Sunday that they had arrested 1,550 Arab citizens and had charged 150 over the past two weeks in connection with the "violent events."

Peace talks have stalled since 2014, including over the status of East Jerusalem and Israeli settlements in the West Bank.

Israeli forces had moved in on Palestinian worshippers at the site, towards the end of the Muslim holy month of Ramadan. They had also sought to quell protests against the threatened eviction of Palestinian families from homes in the East Jerusalem neighborhood of Sheikh Jarrah to make way for Israeli settlers.