Saudis tried to lure me to Istanbul consulate: Ex-official's daughter 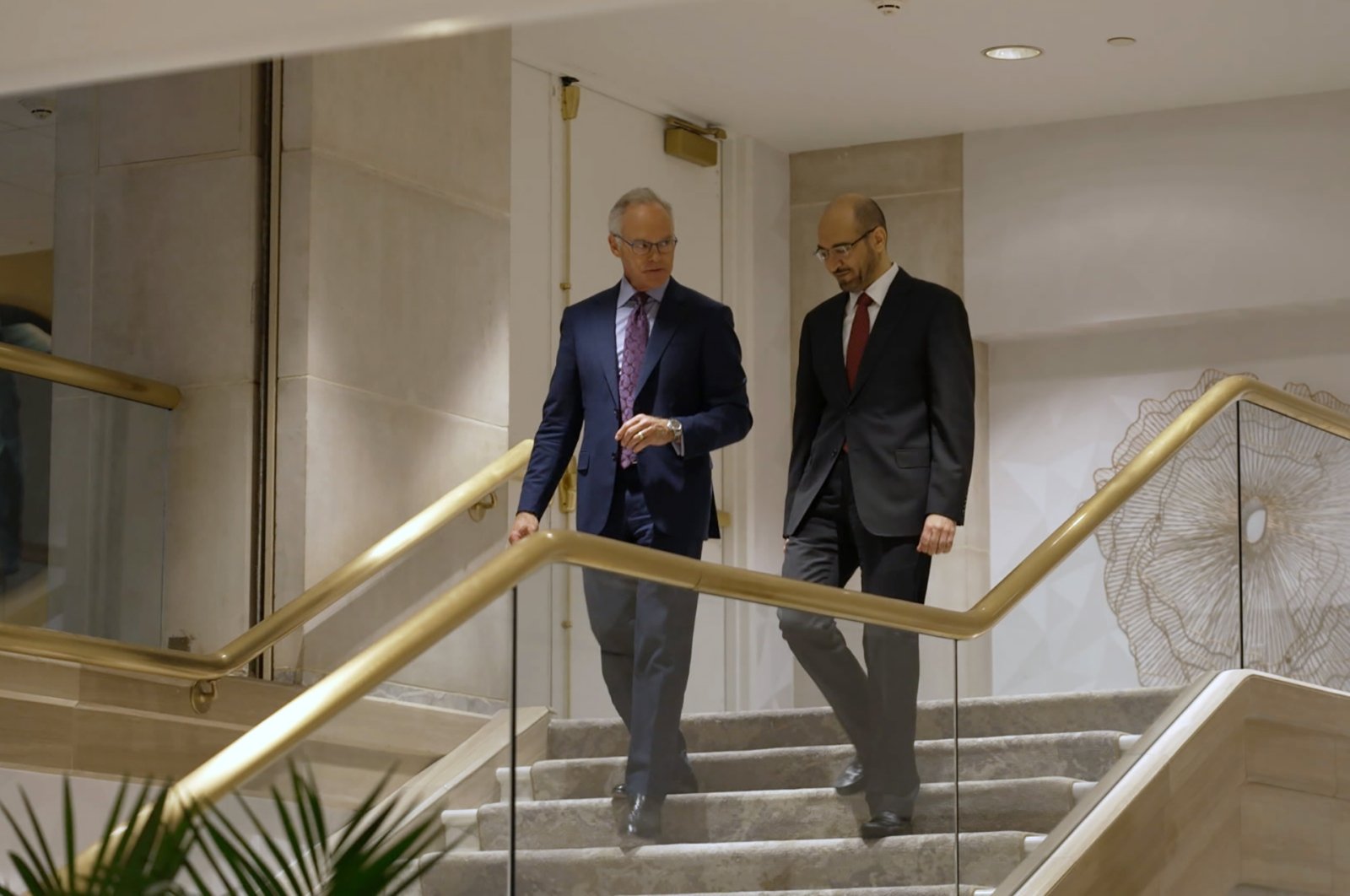 Hissah al-Muzaini, the daughter of former top Saudi spymaster Saad al-Jabri, claims the kingdom tried to 'lure' her to the Saudi Arabian Consulate in Istanbul

The daughter of Saad al-Jabri, the former top Saudi intelligence official in exile in Canada, claimed that Saudi Arabian officials tried to "lure" her to the kingdom's consulate in Istanbul – the consulate where Jamal Khashoggi was killed, CNN reported late Wednesday.

Hissah al-Muzaini told CNN in an interview that Suadi officials "encouraged" her to go to the consulate. The Saudi government has yet to respond to CNN's questions, the news outlet said in the report. "We've been living a real-life nightmare for the past four years. Imagine yourself, your dad has been targeted with hit squads, your siblings (have been) imprisoned and accused of things they've never done ... your husband being imprisoned, kidnapped and then tortured," she was quoted as saying.

Her interview comes after her father also gave an interview to "60 Minutes" three days ago, where the ex-intelligence official, who is in exile in Canada, claimed that in 2014, Saudi Crown Prince Mohammed bin Salman (MBS) boasted that he could kill King Abdullah.

But al-Jabri did not provide evidence to the "60 Minutes" program that aired last Sunday.

King Salman ascended to the throne in January 2015 after his half brother, King Abdullah, died of natural causes. Al-Jabri used the interview to warn MBS that he has recorded a video that reveals more Saudi secrets, as well as, the United States' secrets.

Two of al-Jabri's adult children are in detention in Saudi Arabia, allegedly as pawns to force their father to return to the country. If he returns, al-Jabri faces possible imprisonment or house arrest similar to his former boss, the once-powerful interior minister, Prince Mohammed bin Nayef, who was ousted from the line of succession by the current crown prince in 2017.

MBS drew global outcry after it emerged that aides who worked for him had killed Saudi critic Jamal Khashoggi inside the Saudi Consulate in Istanbul in October 2018. After recordings from inside the consulate were leaked by Turkish authorities, the Saudis claimed it had been an effort meant to forcibly bring Khashoggi back to the country, and that it went awry. The crown prince denied any knowledge of the operation, despite a U.S. intelligence assessment to the contrary.

The Saudi government told CBS News that al-Jabri is "a discredited former government official with a long history of fabricating and creating distractions to hide the financial crimes he committed,” and has Interpol notices against him.

Al-Jabri claims his wealth comes from the generosity of the kings he’s served. While it is not the first time al-Jabri has tried to exert pressure on the crown prince, it is his first on-record interview since his son Omar al-Jabri, 23, and daughter Sarah al-Jabri, 21, were detained in March 2020 in Riyadh, Saudi Arabia.

A son-in-law was allegedly kidnapped from a third country, forcibly returned to Saudi Arabia, tortured and detained. Human Rights Watch (HRW) says the arrest of family members is an apparent effort to coerce al-Jabri to return to Saudi Arabia. A Saudi court sentenced his son and daughter to nine and six-and-a-half years in prison, respectively, for money laundering and unlawfully attempting to flee Saudi Arabia, according to the rights group.

An appeals court reportedly upheld the prison sentence in May, without informing the family. Al-Jabri has filed a federal lawsuit in the U.S. against MBS, alleging the royal tried to trap and kill him in the U.S. and Canada.

Meanwhile, Saudi entities are suing him in the U.S. and Canada, claiming he stole some half a billion dollars from the counterterrorism budget. A Canadian judge has frozen his assets due to purported evidence of fraud as the case proceeds, according to the CBS News report.