'Premature' to rule out COVID-19 lab leak: WHO chief 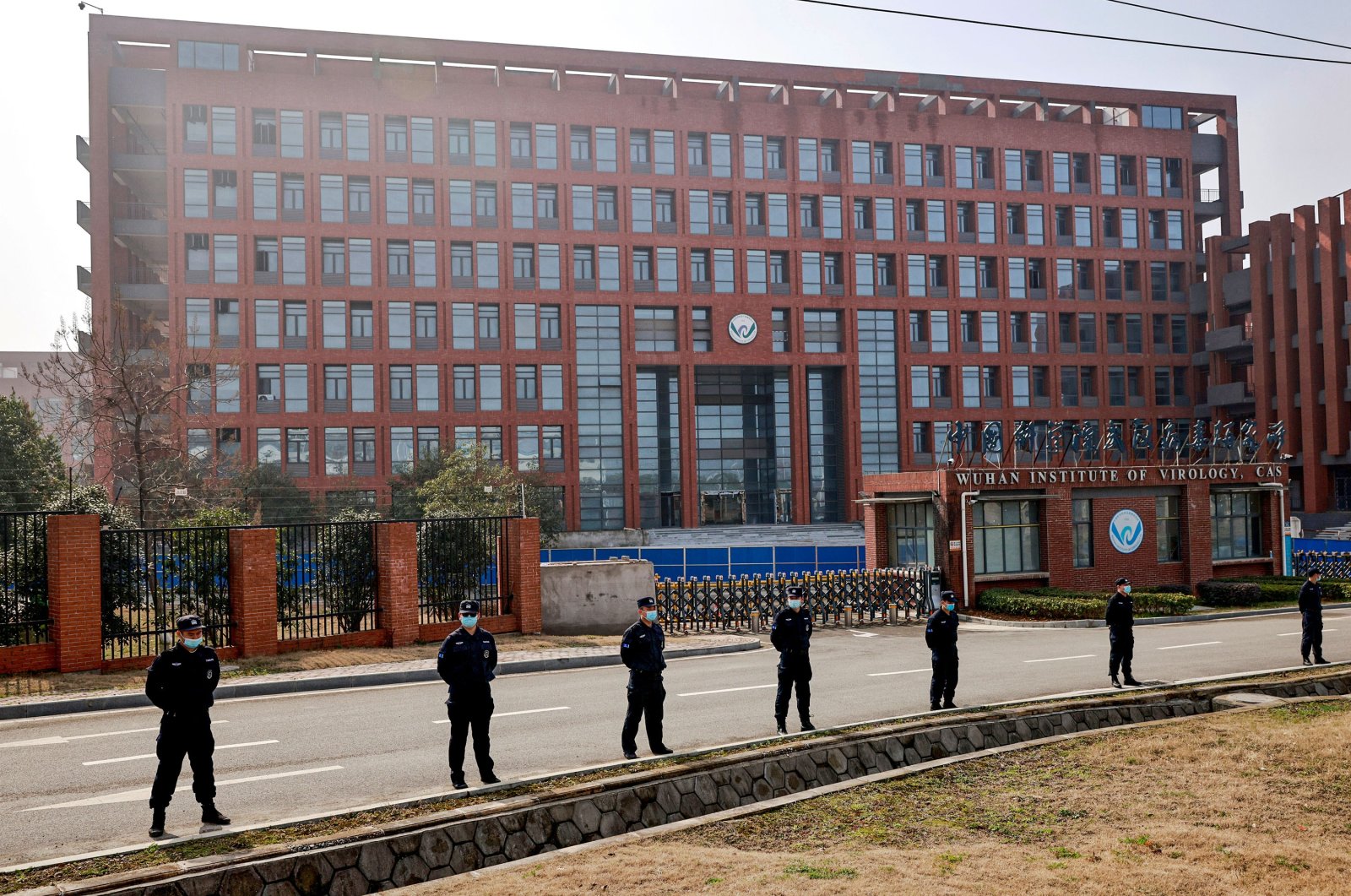 Security personnel keep watch outside the Wuhan Institute of Virology during the visit by the World Health Organization (WHO) team tasked with investigating the origins of the coronavirus, in Wuhan, Hubei province, China, Feb. 3, 2021. (Reuters Photo)
by ASSOCIATED PRESS Jul 15, 2021 8:34 pm
RECOMMENDED

It is premature to rule out a potential link between the COVID-19 outbreak and a leak from a laboratory, the head of the World Health Organization (WHO) acknowledged Thursday, asking China to be more transparent as scientists search for the origins of the coronavirus.

In a rare departure from his usual deference to powerful member countries, WHO Director-General Tedros Adhanom Ghebreyesus said getting access to raw data had been a challenge for the international team that traveled to China earlier this year to investigate the source of COVID-19. The first human cases were identified in the Chinese city of Wuhan.

Tedros told reporters that the U.N. health agency based in Geneva is "asking actually China to be transparent, open and cooperate, especially on the information, raw data that we asked for at the early days of the pandemic.”

He said there had been a "premature push” to rule out the theory that the virus might have escaped from a Chinese government lab in Wuhan – undermining WHO's own March report, which concluded that a laboratory leak was "extremely unlikely.”

"I was a lab technician myself, I’m an immunologist, and I have worked in the lab, and lab accidents happen,” Tedros said. "It’s common.”

In recent months, the idea that the pandemic started somehow in a laboratory – and perhaps involved an engineered virus – has gained traction, especially with President Joe Biden ordering a review of U.S. intelligence to assess the possibility in May.

China has struck back aggressively, arguing that attempts to link the origins of COVID-19 to a lab were politically motivated and suggesting that the virus might have started abroad. At WHO's annual meeting of health ministers in the spring, China said that the future search for COVID-19's origins should continue – in other countries.

Most scientists suspect that the coronavirus originated in bats, but the exact route by which it first jumped into people – via an intermediary animal or in some other way – has not yet been determined. It typically takes decades to narrow down the natural source of an animal virus like Ebola or SARS.

Tedros said that "checking what happened, especially in our labs, is important" to nailing down if the pandemic had any laboratory links.

"We need information, direct information on what the situation of this lab was before and at the start of the pandemic,” the WHO chief said, adding that China's cooperation was critical. "If we get full information, we can exclude (the lab connection).”

Throughout the pandemic, Tedros has repeatedly praised China for its speed and transparency despite senior WHO officials internally griping about obfuscation from their Chinese counterparts.

Last year, The Associated Press (AP) found that WHO was frustrated by a lack of details from China during the early stages of the coronavirus's spread and showed that China was clamping down on the hidden hunt for the pandemic's origins.

Numerous public health experts have also called for an independent examination of COVID-19's origins, arguing WHO does not have the political clout to conduct such a forensic analysis and that the U.N. agency has failed after more than a year to extract critical details from China.

Jamie Metzl, who has led a group of scientists calling for a broader origins investigation, welcomed Tedros' comments but said it was "deeply unfortunate and dangerous” that there were no current plans for a probe led by experts beyond the U.N. health agency.

"Everyone on earth should be demanding that international investigators have the type of full access to all relevant records, samples, and personnel in China which the Chinese government has so far blocked,” said Metzl, who also sits on a WHO genome editing advisory group.

Any WHO-led mission to China also requires government approval for all experts who travel to the country, as well as permission to visit field sites and final approval on any trip report. WHO emergencies chief Dr. Michael Ryan has previously said the agency works by consensus and cannot compel countries to cooperate.

Tedros' appeal for transparency was echoed by German Health Minister Jens Spahn, who urged Chinese officials to allow the investigation into the origins of the virus to proceed."We do appreciate the cooperation of the Chinese government so far for the first mission," Spahn said. "But that’s not yet enough.”