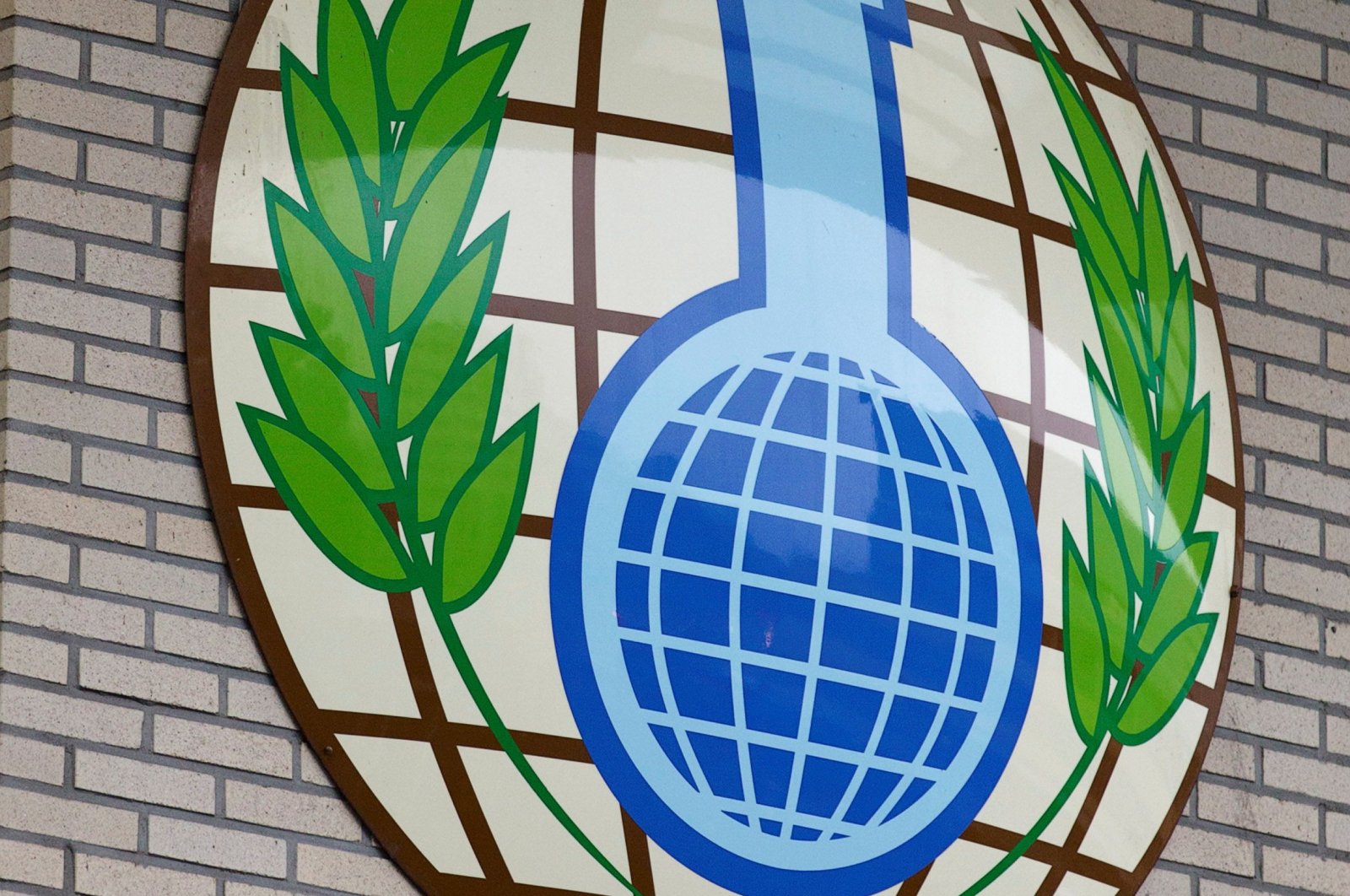 Exterior view of the Organisation for the Prohibition of Chemical Weapons (OPCW) headquarters in The Hague, October 11, 2013. (REUTERS Photo)
by ASSOCIATED PRESS Apr 21, 2021 4:03 pm
RECOMMENDED

The global chemical weapons watchdog in an unprecedented vote Wednesday decided to suspend the Syrian regime's voting rights at the organization as punishment for the repeated use of toxic gas by Damascus.

The vote, which required a two-thirds majority to pass, marked the first time a member state of the Organization for the Prohibition of Chemical Weapons (OPCW) has been hit with such a sanction.

A group of 46 nations called for the step Tuesday at the organization's annual meeting of member states. Behind the scenes diplomatic efforts to reach consensus on the proposal failed, leading to a vote Wednesday at which 87 nations voted in favor of suspending the Syrian regime's rights and 15 voted against. There were 34 abstentions.

In a tweet, the British delegation to the meeting called the decision a “vital step to maintain the credibility of (the) Chemical Weapons Convention.”

Damascus did not immediately react at the meeting in The Hague.

Vassy tweeted that Wednesday's vote was a “good day for multilateralism.”

The Syrian regime, which joined the organization in 2013 after being threatened with airstrikes in response to a chemical attack on the outskirts of the country’s capital, denounced the move as a “propaganda tool” and denied using chemical weapons.

An investigation mechanism set up by the OPCW has twice blamed Syrian regime forces for chemical attacks. Last week, it said it found “reasonable grounds to believe” that a Syrian air force military helicopter dropped a chlorine cylinder on a Syrian town in 2018, sickening 12 people.

Last year, the team found reasonable grounds to believe that the regime air force was responsible for attacks using chlorine and the nerve agent sarin in March 2017 in the town of Latamneh.

The investigative team was established after Russia blocked the extension of a joint investigation mechanism set up by the United Nations and OPCW in 2015. That mechanism accused Damascus of chemical weapons attacks, including unleashing sarin in an aerial attack on the town of Khan Sheikhoun in April 2017 that killed around 100 people.