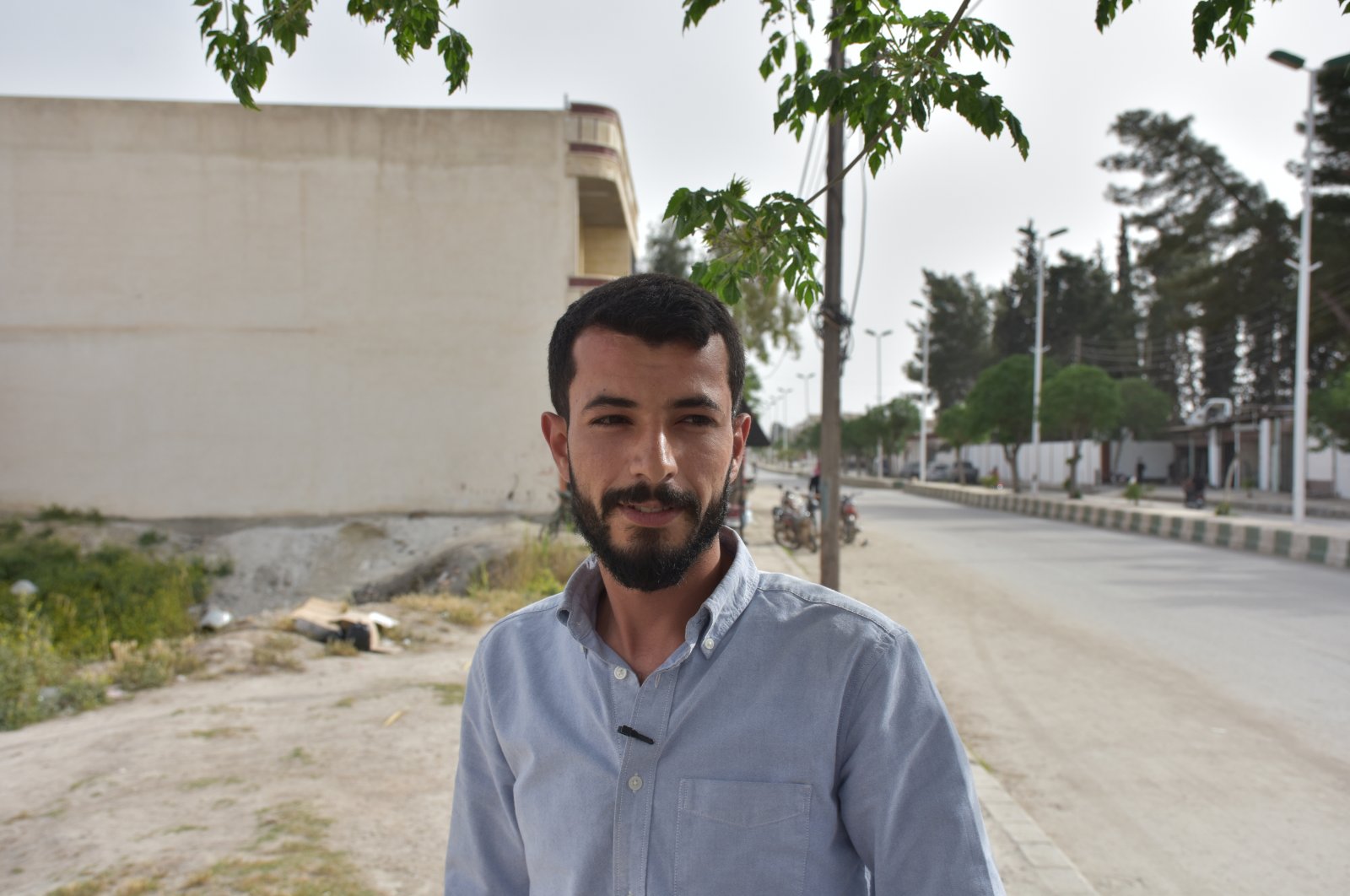 The local people in northern Syria's Tal Abyad have described the upcoming presidential elections announced by the Bashar Assad regime as a "theater play that has an obvious ending."

The regime is preparing to hold elections in areas under its control amid a decadelong civil war that has displaced nearly 13 million Syrians. Only civilians in the regime-controlled areas will have the right to vote despite the U.N.'s previous calls for fair and free elections in which Syrians in diaspora and opposition-held areas can also vote.

In Tal Abyad, which was liberated from terrorist groups' occupation in 2019 through Turkey's cross-border Operation Peace Spring, people are of the view that it will not be a real election and will not be held in free and fair conditions.

Majid al-Batahvi, a local in Tal Abyad, said election day will be an ordinary day for Syrians and will not have any impact on their lives.

"There is no democratic atmosphere. It is a fraudulent election. Candidates are known, and results are known. Therefore, we do not care."

Another local, Raed Dahish, also said that the elections will be a failure, adding: "I will not vote. Based on what criteria will people elect Bashar Assad? Why should anyone vote for a person who deprived its people of everything, massacred and displaced them and destroyed the future of young people?"

Sara Uleyvi also underlined that the regime has lost its legitimacy from the perspective of the Syrian people and the international community. He said: "The results of the election will be as they have always been ... The family of the Assad regime has always won with a vote share of 99.99% and will win. It is a percentage that is regarded as a joke on Syrian streets."

The legitimacy of an election must be based on people, Uleyvi said and added: "The Assad regime killed its people, arrested them and displaced them. How could a person who hit residential places be elected? The revolution will continue until this corrupt regime is down."

Tal Abyad local council chair Salih Hac Abdullah also said that the Syrian people were killed, displaced and bombed after they demanded freedom in 2011. "In a situation like this, who can announce candidacy against the Assad regime?"

He said that the roles are known and a theater production is being staged in the elections.

The Syrian opposition on Monday stated that it rejects the upcoming presidential elections in the war-torn country and called on Syrians living in regime-controlled areas to boycott the polls. Hadi Al-Bahra, the co-chair of the Syrian Constitutional Committee, also said in January that the Syrian opposition will not recognize any presidential elections organized by the Assad regime.

The Syrian regime will hold a presidential election on May 26 that is expected to keep Assad in power in the country devastated by a decade of civil war. The election, announced on Sunday by Parliament Speaker Hamouda Sabbagh, comes as Syria is also mired in a deep economic crisis, worsened by sanctions, the pandemic and financial turmoil in Lebanon.

Assad, who took power following the death of his father Hafez in 2000, has not yet officially announced that he will run for reelection. The now 55-year-old won a previous poll three years into the war, in 2014, with 88% of the vote.

Since then regime forces have clawed back swathes of territory from the opposition elements with military help from regime allies Russia and Iran. But large parts of Syria still escape regime control and polling will not take place in those areas. They include the northwestern province of Idlib, the last opposition bastion. The Idlib region, including nearby districts where other opposition groups are also present, is home to 2.9 million people, of whom two-thirds have fled their homes in other regions ravaged by violence.