Ancient tablet exhibit to tell story of epidemics in Anatolia 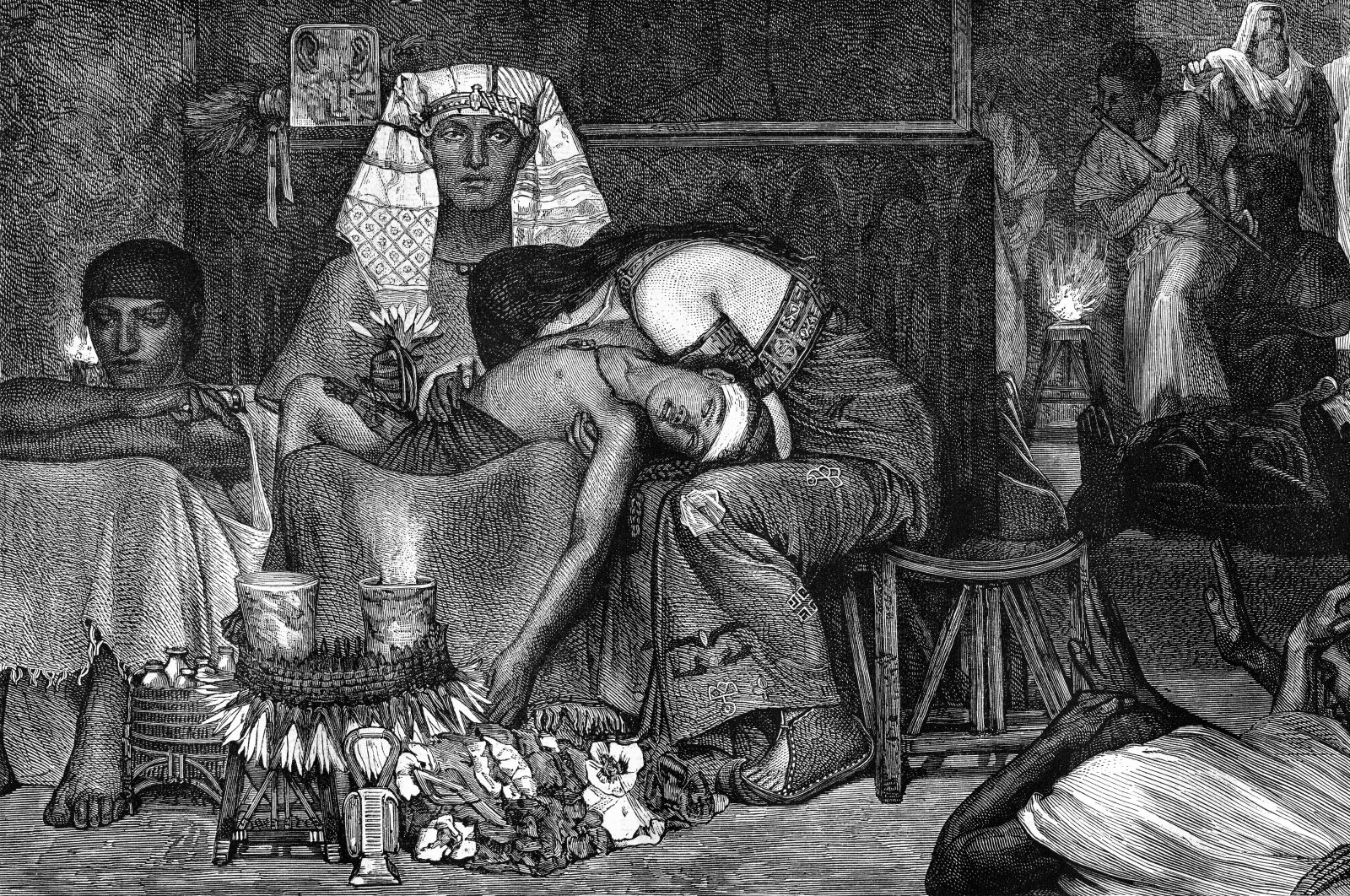 The tablets of the “Konuşan Tabletler” (“Speaking Tablets”) exhibition reveal that plagues were experienced in the Egyptian civilizations as well. (Getty Images)
by Demirören News Agency Jun 03, 2021 11:43 am

Anatolia, where continents, climates, seas and human communities meet, is one of the most significant crossroads in the world. These Turkish lands became the "cradle of civilizations" in the past due to this very special location.

The civilizations that Anatolia hosted naturally left valuable traces in these lands with their cultures and history. The Museum of Anatolian Civilizations in the capital Ankara follows these traces left by the past with the aesthetic effect of art and one of the richest collections in the world.

The museum will organize a new exhibition to reveal the story of epidemics in Anatolian lands this time in reference to the challenging coronavirus pandemic. The “Konuşan Tabletler” (“Speaking Tablets”) exhibition will feature Kültepe Assyrian and Hittite tablets written between 2000 and 1400 B.C. to provide information about the epidemic diseases of the period, according to the museum's director, Yusuf Kıraç.

The exhibition, one of the events held for the 100th anniversary of the Anatolian Civilizations Museum, will open to the public next week. Three tablets from the period of the Assyrian Trade Colonies in Kültepe or Kanesh – which is an archaeological site in central Kayseri province – the plague prayer tablet of King Mursilli II from the Hittite period and Hittite tablets telling various rituals to get rid of 14 epidemic diseases particularly standout in the exhibition.

The exhibition aims to inform visitors and raise awareness that there were epidemics in Anatolia in the past and that prayers were performed, vows were made and rituals were held within the scope of measures against diseases.

According to the information obtained from the tablets in the museum's archive, the oldest epidemic disease in Anatolia mentioned in written sources belongs to the Assyrian trade colonies period (2000-1750 B.C.). Another plague in Anatolia started in the 14th century B.C. during the last years of the reign of Hittite King Suppiluliuma I. The disease during the Assyrian period in Kültepe is 350-400 years older than the epidemic in the Hittite period. However, the Hittite epidemic was so destructive that it ravaged the Hittite country. This plague caused the death of Suppiluliuma I and his son and successor Arnuwanda II and reached its peak during the reign of King Mursilli II. The tablets reveal that the Hittite country was devastated by the plague for 20 years, and although some cities got it under control, some cities turned into graveyards.

According to the data on the tablets, it was seen that the epidemic also affected the Babylonian and Hurrian kingdoms in Egypt, Mesopotamia, as well as the local kingdoms in Syria along with the Hittites and their local kingdoms.

Kıraç also said some of the tablets set to go on display in the exhibition list the names of the diseases, while some do not. “We see on the tablets that many kings died and administrations changed due to the plagues. These early written pieces also show the reasons for the plagues. For example, they tell us that the Hittite plague peaked during the reign of King Mursilli II because of expeditions. The Hittites conducted trade expeditions in the Mediterranean, especially in Egypt, took captives while there and epidemic diseases spread from these Egyptian captives to the army. From this information, we understand that the soldiers in the army infected their families when they returned to their homeland. Thus, serious epidemics took over Anatolia. At that time, many of the city-states turned into cemeteries due to the massive number of deaths. Mursilli addresses gods on a tablet and says, 'If I die too, who will make a vow to you?' These tablets prove how severe the plague was during the Hittite period,” he added.

Stating that there was a period of 600 years between the first Anatolian tablets mentioning an epidemic and the last ones, the museum director also said the tablets provide information about the measures of the ancient civilizations for the diseases. “Especially in places where the epidemic was intense, high-ranking people, royal family members moved to places where there were no cases of the epidemic. They were trying to take measures by transferring themselves to safe places. We also see that the trade between people or countries was suddenly halted due to the plagues. Moreover, the ancient people of Anatolian land took spiritual measures against the diseases. They thought that they had neglected the gods, forgot to make vows to them, and these were the reasons for the diseases. Therefore, they dedicated themselves to making more offerings to them and tried to celebrate their holidays more festively so that the gods would be pleased and destroy the disease. They also performed prayers in this sense.”

Kıraş said that they want to show visitors with this exhibition that the epidemic problems like coronavirus were experienced in the past periods of Anatolia. Explaining that humanity struggled with these diseases in every period, the museum director lastly added: “The ancient people cling to life again after such challenging epidemics. I hope, we will create awareness on this situation and instill hope into people with this show in the 100th anniversary of our museum.”