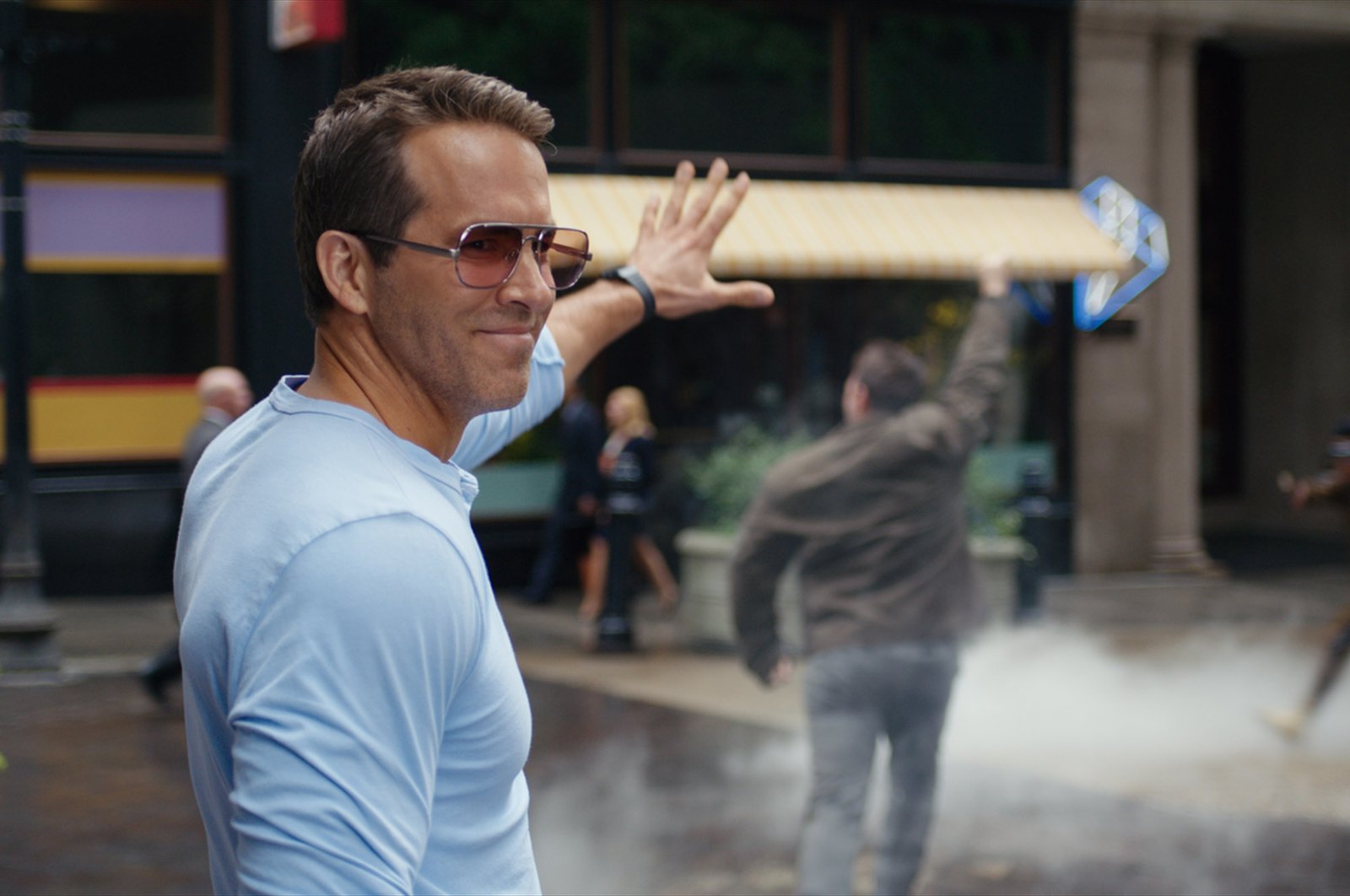 The new movie from star Ryan Reynolds, a pop culture-filled video game action comedy film called "Free Guy," which focuses on a background character in a game, successfully navigated the first boss fight as it opened better than expected over the weekend, collecting an estimated $28.4 million in ticket sales despite a marketplace challenged by COVID-19 and the surge of the delta variant.

After a few weeks of declining audiences and underwhelming debuts amid the delta variant surge, "Free Guy" succeeded with an old-school formula: an original, star-fronted movie with good word-of-mouth playing only in theaters.

The movie directed by Shawn Levy was made by the Walt Disney Co.-owned 20th Century Fox, with a theatrical release contractually stipulated for the roughly $100-million production.

Playing in 4,165 North American theaters, "Free Guy" was expected to debut at around $20 million. Its surprisingly strong opening gave further proof to what some analysts have been saying throughout the year – hybrid releases that send new movies immediately onto streaming platforms can significantly harm ticket sales.

The last two No. 1 movies – Warner Bros.' "The Suicide Squad" and Disney's "Jungle Cruise" – were launched simultaneously in theaters and homes.

Regardless of how movies are being released right now, box office conditions are far from ideal. The rise in U.S. coronavirus cases over the last month has corresponded with diminished ticket sales at theaters. Some cities, including New York and San Francisco, are preparing to make vaccine passports required for entering movie theaters.

David A. Gross, who runs the movie consultancy Franchise Entertainment Research, estimates that new releases are selling about half the tickets they normally would.

"Since Memorial Day weekend, the domestic box office has been running at approx. 50% of 2019 levels, with several spikes from strong titles, but then returning to 50% of 2019," Gross said in an email. "Under normal conditions, 'Free Guy' would be opening 50% higher than this weekend's number – comfortably."

But the enthusiasm for "Free Guy" was enough to lead Reynolds to announce Saturday that Disney wants a sequel. In the film, Reynolds' character, Guy, realizes he's a "non-playable character" in a "Grand Theft Auto"-like game. It features co-stars Jodie Comer, Lil Rel Howery and Taika Waititi.

Reviews were good (82% fresh on Rotten Tomatoes), and a male-heavy audience gave "Free Guy" an "A" CinemaScore. (About 60% of moviegoers were male, Disney said.) "Free Guy" also added $22.5 million internationally.

"Free Guy" is also the latest in a comeback for gaming-based movies. After decades of futility, Hollywood is increasingly finding success by mining video games for intellectual property. Reynolds starred in one of the best performing videogame adaptations – 2019's "Pokémon: Detective Pikachu," which grossed $432 million worldwide.

"Free Guy" will play exclusively in theaters for at least 45 days – and its strong performance through the weekend suggests it could buck the summer's typical trend of fast drop offs.

That film's tumble gave a few other releases more room at multiplexes. Sony Pictures' horror sequel "Don't Breathe 2" opened with $10.6 million, in line with studio projections. While "Don't Breathe 2" debuted with less than half the opening of the 2016 original, the sequel was made with a modest budget of $15 million.

MGM and United Artists' Aretha Franklin biopic "Respect," starring Jennifer Hudson, debuted with $8.8 million. "Respect," which has drawn praise for Hudson's leading performance, also landed an "A" CinemaScore. Its audience was 66% female and nearly half of ticket buyers were black.

Disney's "Jungle Cruise," starring Emily Blunt and Dwayne Johnson, landed in third place in its third weekend with $9 million. Its worldwide total is $154.3 million. It's also playing on Disney+ for $30.

Apple didn't report grosses for "CODA," one of the company's major movie acquisitions and one seen as a crowd-pleasing milestone in deaf representation on screen.

The film, starring deaf actors Marlee Matlin, Troy Kotsur and Daniel Durant, was a prize-winning sensation at the Sundance Film Festival in January, where Apple plunked down a festival-record $25 million for the film. "CODA," which stands for child of a deaf adult, debuted simultaneously in theaters and on Apple TV+.