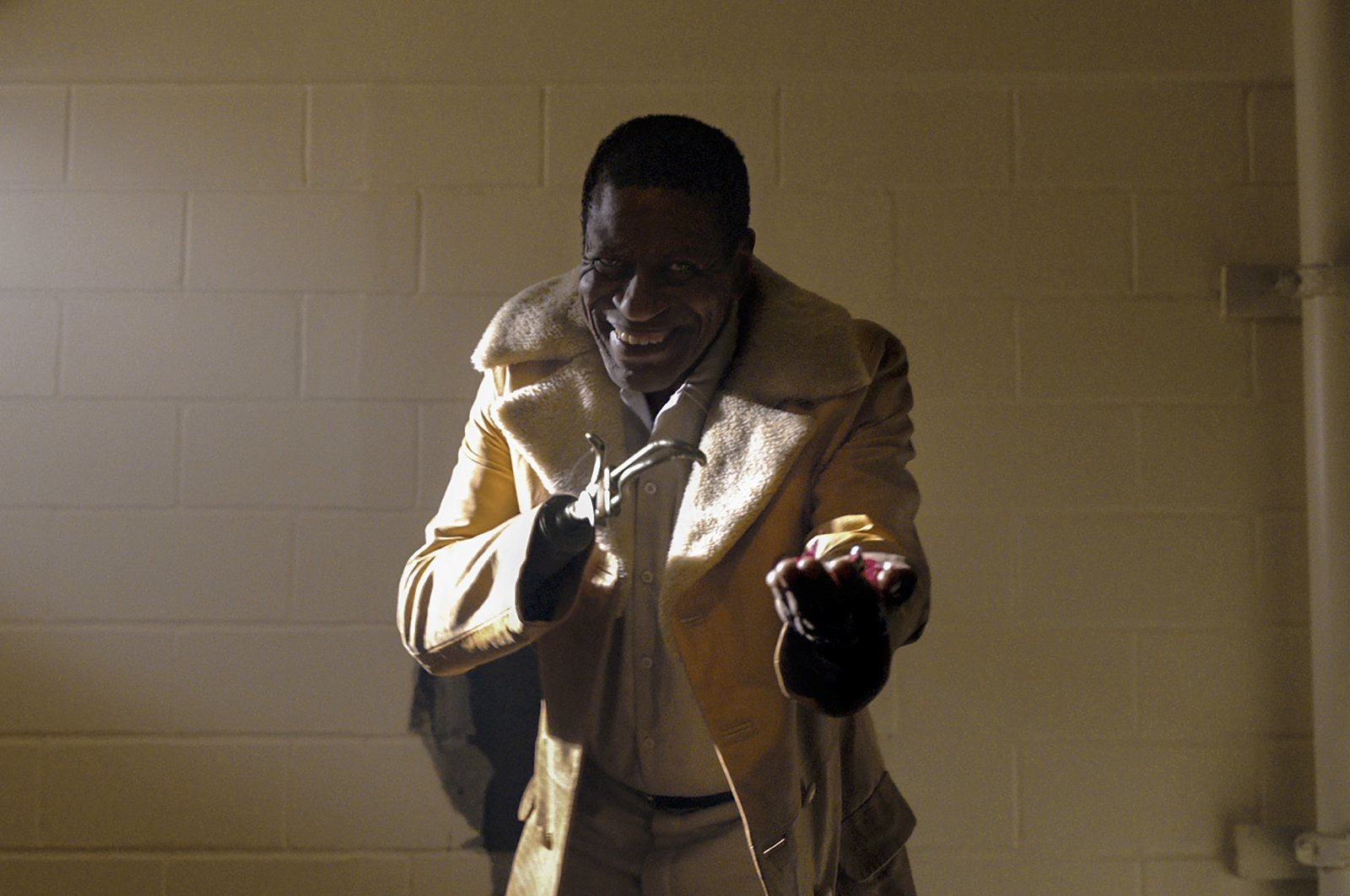 Michael Hargrove as Sherman Fields gestures, in a scene from the film "Candyman," directed by Nia DaCosta. (Universal Pictures via AP)
by Associated Press
Aug 30, 2021 1:09 pm

And he shall so be summoned ... to take the top spot at the North American box office. "Candyman," the Universal Pictures slasher film starring Yahya Abdul-Mateen II, raked in an impressive estimated $22.4 million, nearly equal to its production budget, over what was a quiet weekend as concerns over the delta variant of COVID-19 continued.

The R-rated horror movie, co-written by Jordan Peele and directed by Nia DaCosta, delves into an urban legend that believes if someone repeats “Candyman” five times in front of a mirror, that person would summon the hook-handed killer.

The sequel is a follow-up to the original “Candyman” from 1992. The new film expects to gross $5.23 million in 51 international markets.

“It was a quiet weekend, but it was another checkmark in the success column for horror,” said Paul Dergarabedian, the senior media analyst for Comscore.

“Candyman” claimed No. 1 over “Free Guy,” which had scored first place at the box office the previous two weekends. The action comedy starring Ryan Reynolds as a background character in a video game earned more than $13.5 million over the recent weekend.

After “Free Guy,” the numbers begin to drop substantially.

Dergarabedian said consumers are being very selective in what they do outside of their homes, particularly when it comes to heading into theaters.

“When you have brand new movies, if they are of a genre that people love like horror or have a star like Ryan Reynolds and a movie that’s perceived to be great, people want to go out to see them,” he said. “The other films that are either available on streaming and/or not getting the greatest buzz or reviews are going to drop by the wayside. It’s just the nature of this marketplace.”

In third place, “PAW Patrol” reeled in $6.6 million – a 50% dip from the film’s opening weekend number. The Paramount film, based on the popular kids TV show, has garnered more than $24 million.

Meanwhile, “The Protege” with Michael Keaton and Maggie Q pulled in $1.6 million and “The Night House” had $1.2 million.

“Black Widow” barely held onto the 10th spot with $855,000. In eight weeks, the Marvel film starring Scarlett Johansson has accumulated more than $181.5 million in North America.

Dergarabedian believes the box office could experience some growing pains in the coming weeks.

“You’re going to have a very top-heavy box office and particularly for films that are available on streaming,” he said. “If they’re not totally buzzworthy, then people will just stay at home and check them out there."

"If those movies at the top are generating great word of mouth and goodwill with audiences toward going to the movie theater, that’s good for the business long term,” Dergarabedian said.