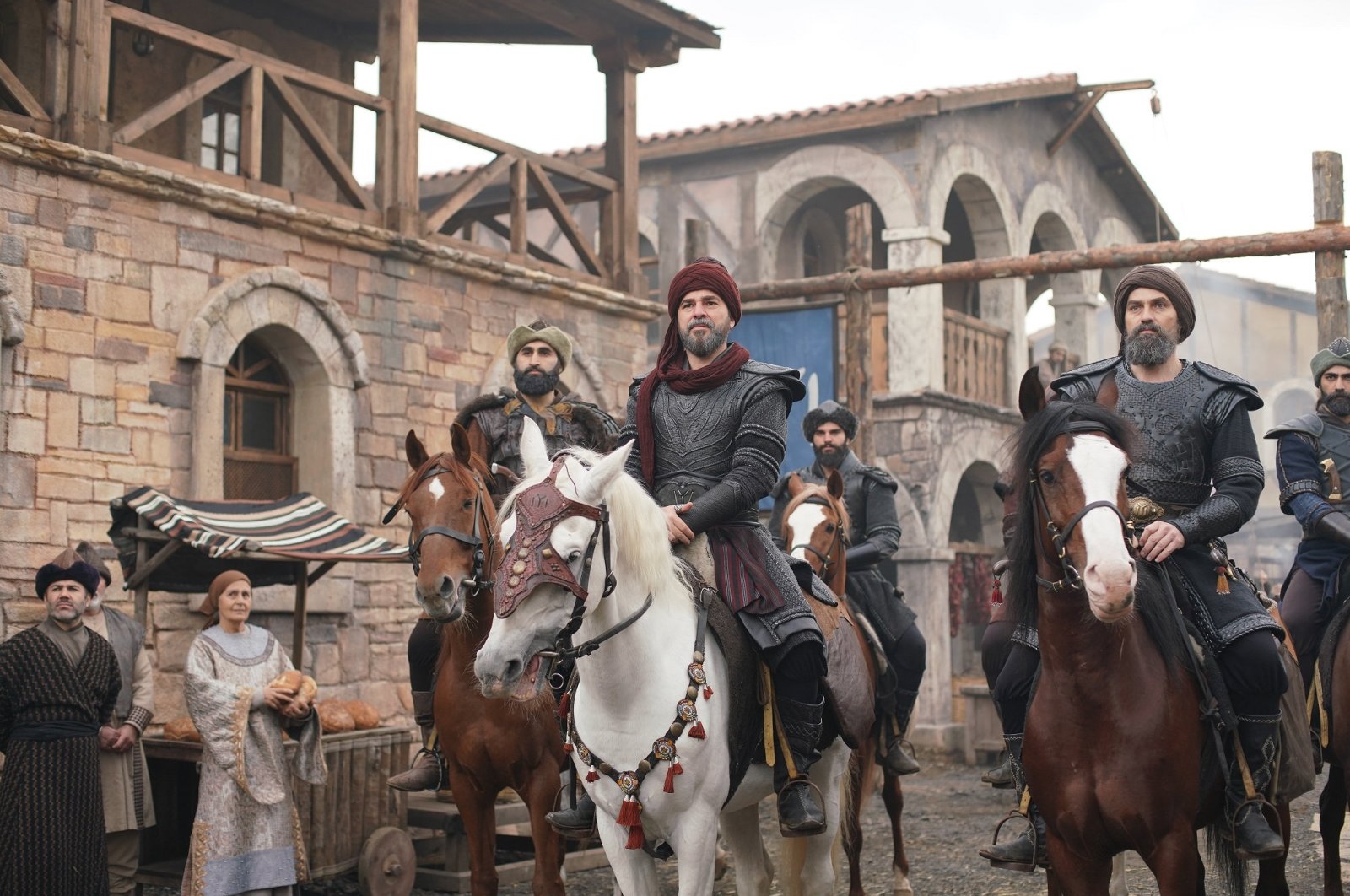 Drawing attention with its theme, filming and acting, the hit Turkish TV drama has lately glued Bangladeshi people to the screen

Turkish TV series, which are broadcast in more than 156 countries around the world, take many countries by storm thanks to their high-quality plots and acting. For example, some of these series, becoming a part of Spain’s social life and gaining more popularity in Spain with each passing day, reshaped the prime time of the country's channels. Bangladeshis have also joined the fan club of Turkish serials recently. The mega-series “Diriliş Ertuğrul” (“Resurrection Ertuğrul”) attracted the attention of many Bangladeshi viewers, with hundreds of people even in remote areas getting hooked on it.

“Resurrection Ertuğrul,” often described as the Turkish "Game of Thrones," revolves around the story before the establishment of the Ottoman Empire. Woven around 13th century Anatolia, the series illustrates the struggle of Ertuğrul Gazi, father of the empire's founder Osman Gazi. It became a super-hit in Pakistan first followed by Kashmir, where the historical drama was eagerly binge-watched by fans.

Oliur Rahman Oli, a movie buff and student of a private college in Bangladesh's capital Dhaka, also said that watching the Turkish serial dubbed in the country's native language, Bengali, is an essential part of his routine. A local private TV network has been airing the serial dubbed in Bengali over the past year.

Oli said: "It was out of my imagination that how a series can be so interesting with great moral lessons and historical background.” However, after watching the first two seasons of “Resurrection Ertuğrul,” he was impatiently waiting for the next three seasons of the series to be aired. Finding it impossible to wait for so long, Oli viewed all the episodes of the series on social media platforms, with English or Bengali subtitles.

When he visited southern Bangladesh’s coastal district of Barguna to celebrate Qurban Bayram, also known as Eid al-Adha – one of the most important holidays celebrated throughout the Muslim world – last year, he took some episodes of “Resurrection Ertuğrul” in a pen drive to share with his relatives.

He gave them to Farhad Hossain, a mobile service shop owner in this remote district. After Hossain transferred the episodes on mobile phones of customers, they spread in the region like a wildfire, with people lining up at his shop, demanding the Turkish series. Hossain told Anadolu Agency (AA) that people rush to his shop to get the series instead of demanding songs or other things.

Through different mediums, millions of people from all walks of life are hooked on “Resurrection Ertuğrul” and are appreciating the Turkish history and the artistic aspect of the series.

Speaking to AA, Bangladeshi senior journalist Morshed Alam said that he enjoyed all the episodes of the drama with his family, including children. Now, his family is watching another Turkish series, “Kuruluş Osman,” which tells the story of how the Ottoman Empire was established on the concept of love and devotion.

Referring to his long career as a television journalist, Alam said while he has enjoyed watching many international movies and series, “Resurrection Ertuğrul” is the best. "Those who wish to make quality movies in terms of developing themes and other technical materials should learn many lessons from this Turkish series," he said.

The journalist mentioned that even the narrative parts, which are boring in most movies, are really captivating in the Turkish series. He was particularly referring to dialogues between Ertuğrul Gazi and scholar Ibn al-Arabi. According to him, their dialogues reveal how a man should act in the most critical moments in domestic, social and political life.

Professor Shah Alam, a teacher at a private university in the country's southwestern district of Khulna, also said that this Turkish series has lessons for all aspects of life. "The series teaches how a man can excel in his private life as well as in the society and the state. It also teaches how a Muslim should be a good, talented and revolutionary Muslim.”

Turkish Ambassador to Bangladesh Mustafa Osman Turan said that the Turkish TV series are playing a significant role in bringing the people of the two fraternal countries together. "People of Bangladesh learn about the history, culture and norms of Turkey through Turkish series and thus a cultural bond is developing between the people of the two Muslim countries," he added.

The ambassador visited Bangladesh's popular private TV channel Deepto on Tuesday and exchanged views with the management of the channel about the prospects of Turkish TV series in the country.

Chief Executive Officer of Deepto TV Fuad Chowdhury told AA that the Turkish series have received a tremendous response from Bangladeshi viewers in terms of themes, story-making and other quality work. He added that his channel airs Turkish series for five hours a day. He added that it is a record that a private television channel is dedicating so much air time to programs of a foreign country.

Citing the enthusiasm Bangladeshi people have shown for the historical Turkish series, Chowdhury said they have planned to purchase the full episodes of “Resurrection Ertuğrul” soon for Bangladeshi viewers dubbed in Bengali.

Turan also said that the Turkish TV series have also motivated their fans to learn Turkish, especially among Bangladeshis. Assuring to assist Bangladeshi in learning the Turkish language, he added: “I am really impressed that here I have come across people who have learned the Turkish language on their own and are now working at a professional private television channel as translators of Turkish series.”