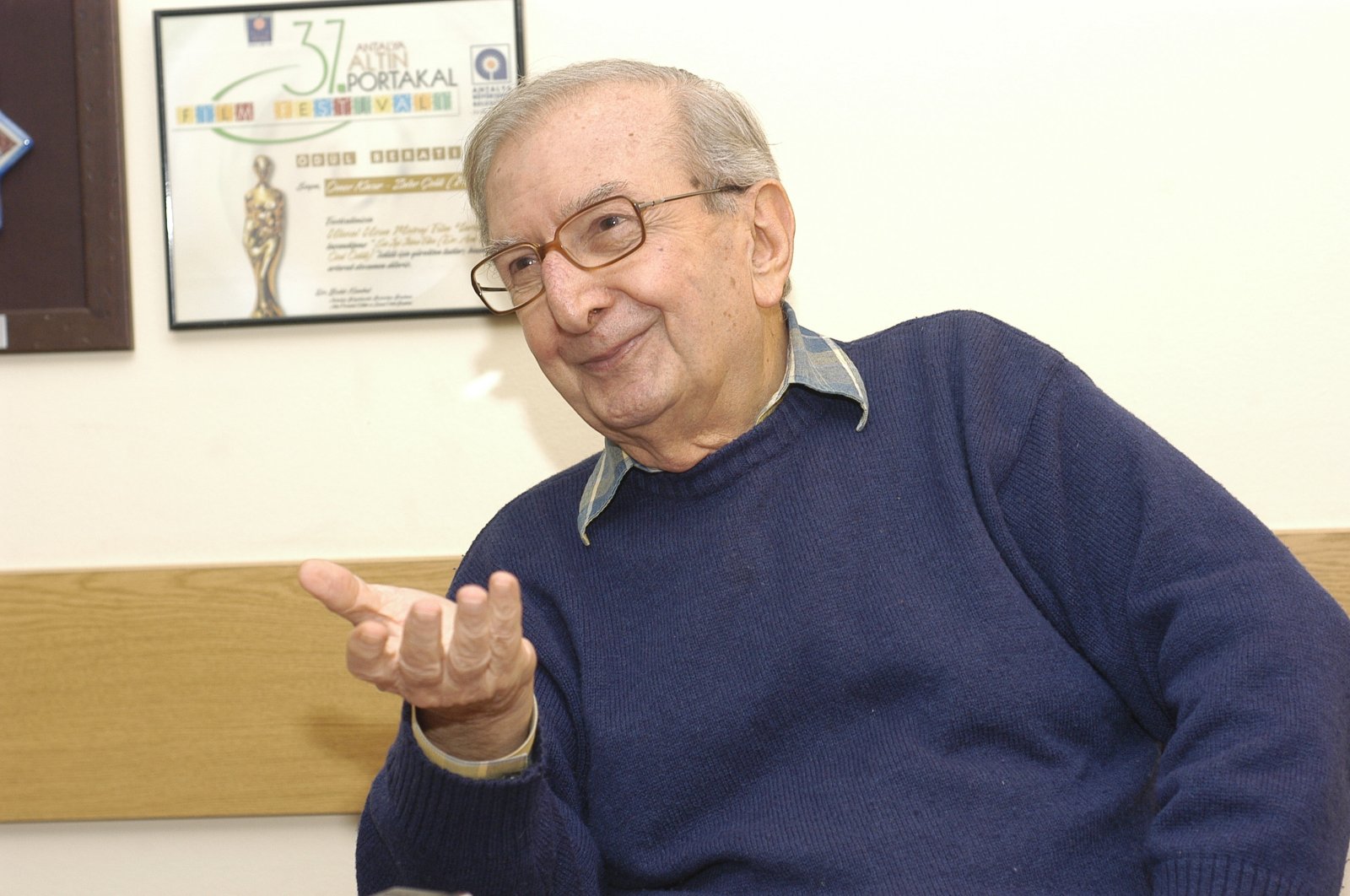 The Turkish director Atıf Yılmaz was very much a legend in the film industry, crafting films dealing with social messages, themes of sexuality and the reactions of society

Gender issues have been one of the major focuses of modern Turkish narrative arts, including fiction, drama and cinema. The pioneer authors of modern long fiction in Turkey dealt with two social problems. One was the snobbery of the Westernized rich, which has been scrutinized at every opportunity by the Turkish intelligentsia. The other central issue of narrative arts was gender, which was processed as a matter of women’s liberation from oppression.

It is not difficult to suggest that Turkish cinema, especially after the emergence of “directors’ cinema” in the early 1950s after a long period of “theatrical cinema” led by Muhsin Ertuğrul, inherited the principal themes of fiction. Besides, the new movie directors generally were close friends with novelists, and most of the movie scripts were written by an author, a director and a producer collectively. Fiction writers such as Attila Ilhan, Kemal Tahir, Orhan Kemal and Vedat Türkali made great contributions to directors’ cinema. Thus, the new cinema of the 1950s also inherited the “women's issue” from modern fiction. The pioneers of directors’ cinema, Metin Erksan and Lütfi Akad, tried to put an emphasis on the so-called “women's issue” within a general framework of social issues. However, the first real feminist of the directors’ cinema period was Atıf Yılmaz, who walked on that path for his entire career. Yılmaz differed from his peers by treating sexuality, in addition to gender, as a positive feature.

Atıf Yılmaz was born Atıf Yılmaz Batıbeki on Dec. 9, 1925, in southern Mersin province, the son of an accountant originally from Elazığ province. Atıf Yılmaz attended Çankaya elementary school in Mersin, where schoolmates called him “Rejisör Yılmaz” (Director Yılmaz), which he believed had an impact on his professional life. He was fond of arts at school, and he played many instruments, including guitar, mandolin and violin.

He moved to Istanbul after secondary school, where he attended the Işık High School as a boarding student for a short time. He had to return to Mersin and began to work minor jobs because his father couldn’t pay for his school tuition. Though he was working, Yılmaz continued to attend school and graduated from Adana Boy's High School before moving to Istanbul again. At the Adana Boy's High School, Yılmaz was interested in drama. He even tried to stage Sophocles’ “Oedipus Rex” (“King Oedipus”) at school theater, although he did not succeed. He once wrote a script based on the War of Independence for an essay assignment given by his literature teacher.

Yılmaz attended the School of Law in Istanbul, though his real intention was to become an artist. So, he also attended the Painting Department of the Fine Arts Academy. Two of his close friends from Mersin, Solhan Koloğlu and Danyal Topatan, jumped into the film business with small roles, inspiring Yılmaz to consider becoming involved with cinema. He gave his script about the War of Independence to his friend Solhan to pass on to the Atlas Film company, which rejected the text. Actor and director Avni Dilligil later used that forgotten script to make a movie. Yılmaz was also a part of the “Tavanarası Ressamları” (Attic Painters), a group of painters working at the Nuri Iyem workshop on Asmalı Mescit Street in Beyoğlu. He also wrote articles on cinema and did paintings for periodicals.

Atıf Yılmaz made his debut in filmmaking with the 1950 movie “Allah Kerim” (“God’s Great”) as an assistant director for Semih Evin. He wrote the script for Hüseyin Peyda’s “Mezarımı Taştan Oyun” (“Carve My Grave from Stone”) in 1951. Finally, he made his first film as a director in the same year: “Kanlı Feryad (“The Bloody Cry”), a sentimental drama. Atıf Yılmaz was good at sentimental movies, which made him shoot a film based on Turkish writer Kerime Nadir’s “Hıçkırık” (“The Sob”). “Hıçkırık” was the first example of a new genre, a sentimental movie centering on a female character. “Hıçkırık” was neither intentionally political nor feminist; however, Kerime Nadir was a female author telling sentimental stories of women, which helped Yılmaz connect with female audiences.

On the other hand, unlike his “auteur” peers Erksan and Akad, Atıf Yılmaz could make movies in any genre. He made historical films, crime-gangster films, melodramas and more. It is not easy to track his art from year to year, from film to film, because of this versatility. On the other hand, we can recognize his signature in such cult films as “Keşanlı Ali Destanı” (“Epic of Ali from Keşan”), “Ah Güzel Istanbul” (“O Beautiful Istanbul”) and “Selvi Boylum Al Yazmalım” (“The Girl with the Red Scarf”)

In the 1980s, Yılmaz made a series of movies dealing with feminist themes that offered female sexuality as a matter of choice. He made more than a dozen such films during the 1980s. Yılmaz’s approach was supported by certain intellectual circles, but right-wing intellectuals chose to neglect him while leftists criticized him for using sexuality more than necessary and dividing gender issues from general social issues.