Seals at 7,000-year-old Turkish site to shed light on bureaucracy 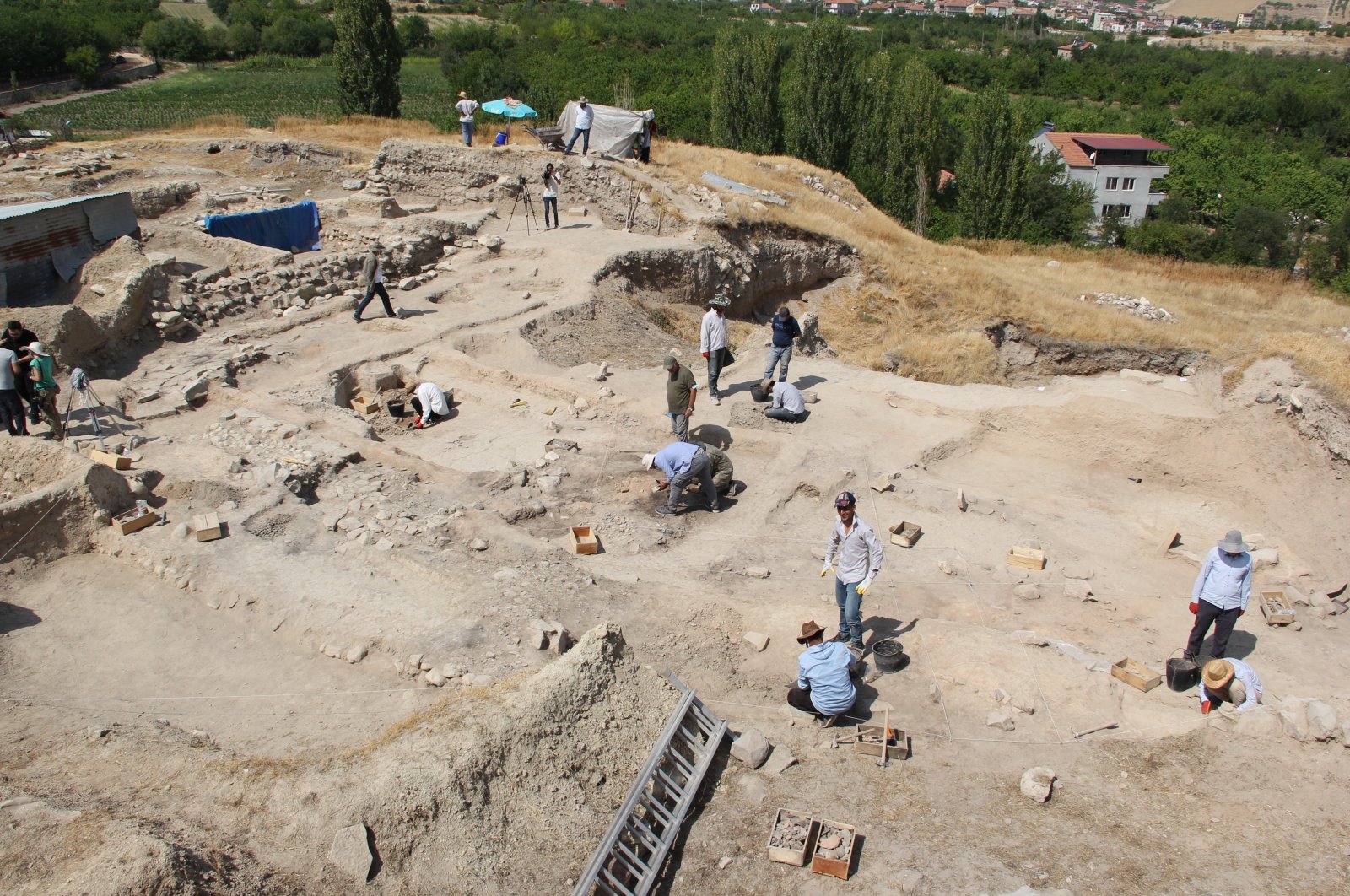 The discovery of 5,000 seal impressions at Arslantepe Mound, UNESCO World Heritage site in Turkey’s Malatya, leads archaeologists to explore and piece together how bureaucracy worked nearly 6,000 years ago

Archaeologists working at the 7,000-year-old Arslantepe Mound, a UNESCO World Heritage site in Turkey’s eastern province of Malatya, have been tracing the roots of ancient impressions of seals that were discovered during excavations at the mound, in an attempt to understand the origin of bureaucracy in the period.

While excavations continue full speed at the site, an analysis is being carried out on 250 seal impressions found a few years ago in a 5,621-year-old temple in the area.

Marcella Frangipane, a professor of archaeology at the Sapienza University of Rome, retired after directing the excavations at the mound for 30 years.

Frangipane told Anadolu Agency (AA) that during the excavations at the site in the mud-brick palace, known as the world's first royal palace, they found a total of 5,000 seal impressions and that they deciphered them after reconstruction and published them in a book titled "Arslantepe."

Noting that she came to Malatya to work on a new book this year, Frangipane said they will examine the 250 seal impressions they found a few years ago from a temple dating to an earlier period than the palace.

Pointing out that 200 to 250 seal impressions were found inside the temple, Frangipane said: "This year, we are working on these seal impressions. Hopefully, it will be a good book, the science will be more complete.”

"Now we know that the bureaucracy started before the palace. It was more sophisticated in the palace time. This is very important,” she added.

Highlighting that they have not been able to find any seals in the excavations until now, but some seal impressions were found, Frangipane said: "We are doing a very careful job. We look at everything with a microscope. Now we can reconstruct.”

On the details of the 5,000 seal impressions in which the scientific work was completed, Frangipane said: "We found seals with lions, snakes and human figures. There are different patterns. We are looking at what they sealed with them – vases, bags, baskets, doors. We could not find the seal on the door in the temple. It was in the palace.”

"It means there was control. The warehouses were controlled. In the temple, there were seal impressions for baskets, bags and vases. So a few things changed over time. It's also very important. Arslantepe shows a very important method for this. Over the years, the system has gotten better,” she added.

The head of the Arslantepe Mound excavations, associate professor Francesca Balossi Restelli, said the 5,000 seal impressions they found in the palace on the mound are very important for the archive.

Noting that these impressions explain the state administration, Restelli said: "It takes very subtle and very slow work to understand these seal impressions because we will trace the seal from the impressions. We will look so we can understand the style of the seal.”

"We did not find any seals in the excavations because the seals are inside the houses. But we found a palace. There are no seals inside the palace, they have impressions,” she said.

Restelli said that during the excavations this year, they found houses from the late Chalcolithic period, dating back to 3,600-3,700 B.C.

"We hope we can understand how this important system (bureaucracy) was born from these houses,” she added.

The archaeological site of Arslantepe is located on the Malatya plain, 5 kilometers (3.1 miles) from the city center and 15 kilometers from the Euphrates River, according to UNESCO’s website.

"It is a four-hectare and 30-meter-high (98-feet-high) archaeological mound dominating the plain and formed by the superimposition of settlements for millennia, from at least the sixth millennium B.C.E. to the late Roman period,” said UNESCO.