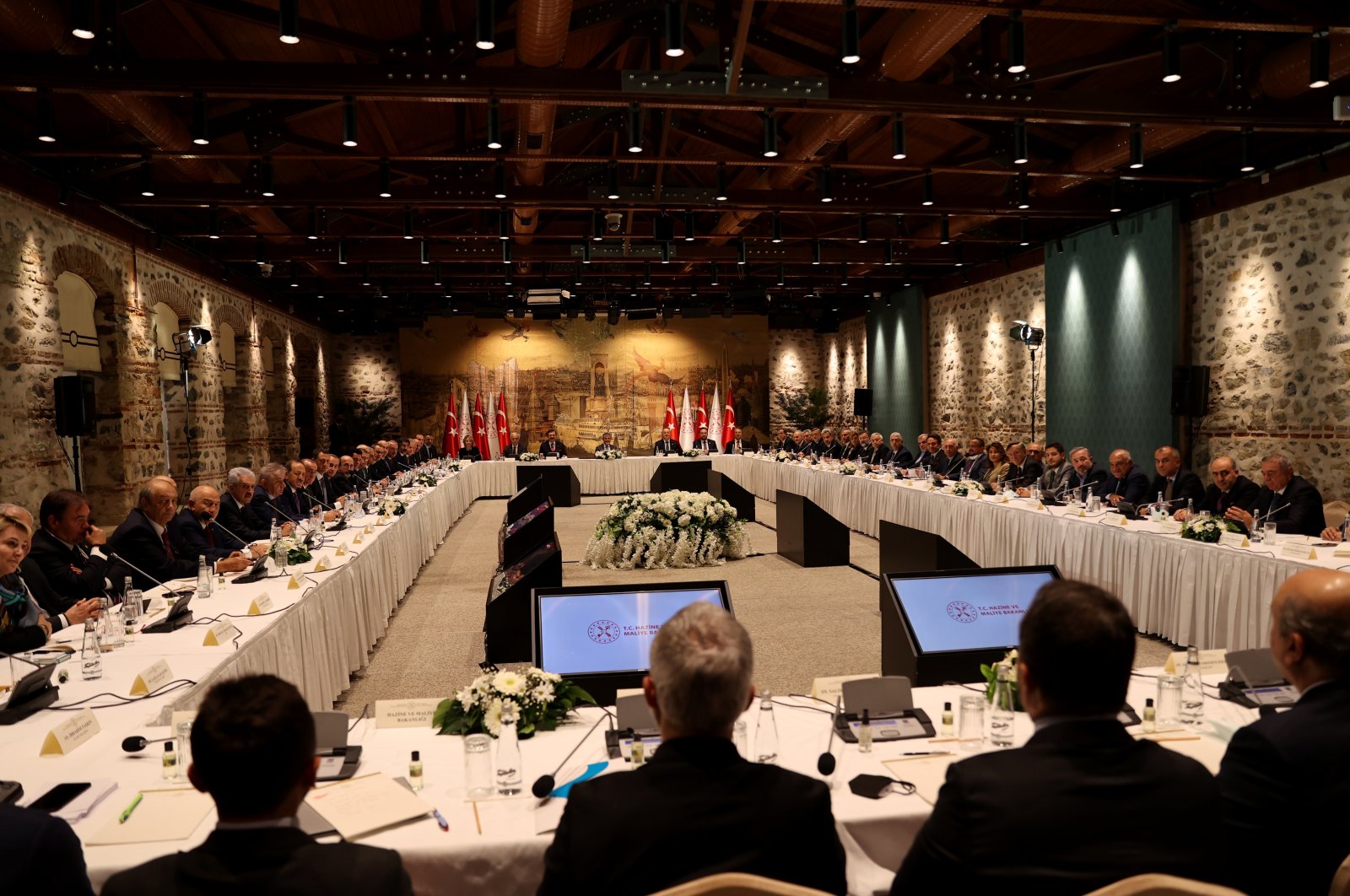 Turkey has reaffirmed its determination to stick to free market economic policies, as the newly-appointed finance minister reassured that the government will be proceeding hand in hand with the business world as it pursues a new policy axis.

Nureddin Nebati met a large group of businesspeople and private and public bank executives in a meeting on Saturday to address the ongoing developments, the government’s economic policies in the new period and to discuss steps to be taken to increase investment, production and employment.

The almost six-hour meeting in Istanbul was the first for Nebati since he took the helm of the Treasury and Finance Ministry on Dec. 2, after his predecessor Lütfi Elvan stepped down.

The new finance minister reassured the business world that the government will not retreat from free market principles, pledging continuing support for all segments in the economy, according to reports in the Turkish media.

Nebati also listened to the demands of the businesspeople and emphasized that the government would act upon a participative understanding with the business world.

Over 60 participants at the meeting conveyed their concerns over the issues related to the recent volatilities in the markets, rising consumer prices and tax receivables, among others, according to Rifat Hisarcıklıoğlu, head of the Union of Chambers and Commodity Exchanges (TOBB).

“We will act in the coming period with an understanding based on consultation, and we will take our steps quickly,” he said.

Nebati has been echoing the government’s new economic model based on lower interest rates, which is being endorsed by President Recep Tayyip Erdoğan, who says the new policy direction will boost production, jobs, exports and growth.

A week before he was appointed minister, Nebati praised Erdoğan’s drive to bring down borrowing costs and said that Turkey had sought for years to implement a policy of low rates but had faced strong opposition.

He has said the current-account deficit was the economy’s biggest problem and that rates should be cut against supply-side inflation.

Nebati on Friday promised fiscal discipline and said policy under his watch would be transparent. He also reiterated that the government would focus on improving the current account balance.

Erdoğan has repeatedly defended the low-rate policy over the last three weeks as necessary to boost growth, exports and credit. The government, regulators and the banks association have all rallied around the new economic policy.

The Central Bank of the Republic of Turkey (CBRT) has cut rates three times since September, slashing 400 basis points from its benchmark policy rate to bring it down to 15% and is widely expected to lower it again this month.

On the other hand, annual inflation accelerated to 21.31% last month, the highest reading since November 2018, up from 19.89% in October, according to official data.

The central bank says the inflation pressure is temporary and necessary to expand credit, exports and economic growth.

Forging on with the easing cycle, the CBRT is expected to cut its policy rate by 100 basis points to 14% this week, a poll showed on Friday.

On investor conference calls this month, CBRT Governor Şahap Kavcıoğlu signaled the easing would likely pause in January after one more cut this month.

“We held a meeting, which was like medicine we needed. Why? The business world does not like an environment of uncertainty, it was important for all of us to learn the minister’s roadmap,” Olpak told reporters.

“The business world does not want to think whether the dollar will fall to 9 per lira or rise to 14,” Olpak was cited as saying by Anadolu Agency (AA). “It’s now clear that there won’t be any compromise on the free market,” he added.

“He listened to everyone and answered every question. We have received specific answers to each issue.”

Şekib Avdagiç, the chairperson of the Istanbul Chamber of Commerce (ITO), said they were supporting the government’s “new policy axis.”

Bursa Chamber of Industry and Commerce head, Ibrahim Burkay, said the meeting addressed the environment triggered by dollarization and inflation, and its impact on businesses.

He noted that the minister suggested that Turkey would achieve success with the new economic model, including enjoying a lower current account deficit alongside high-tech production and burgeoning exports.