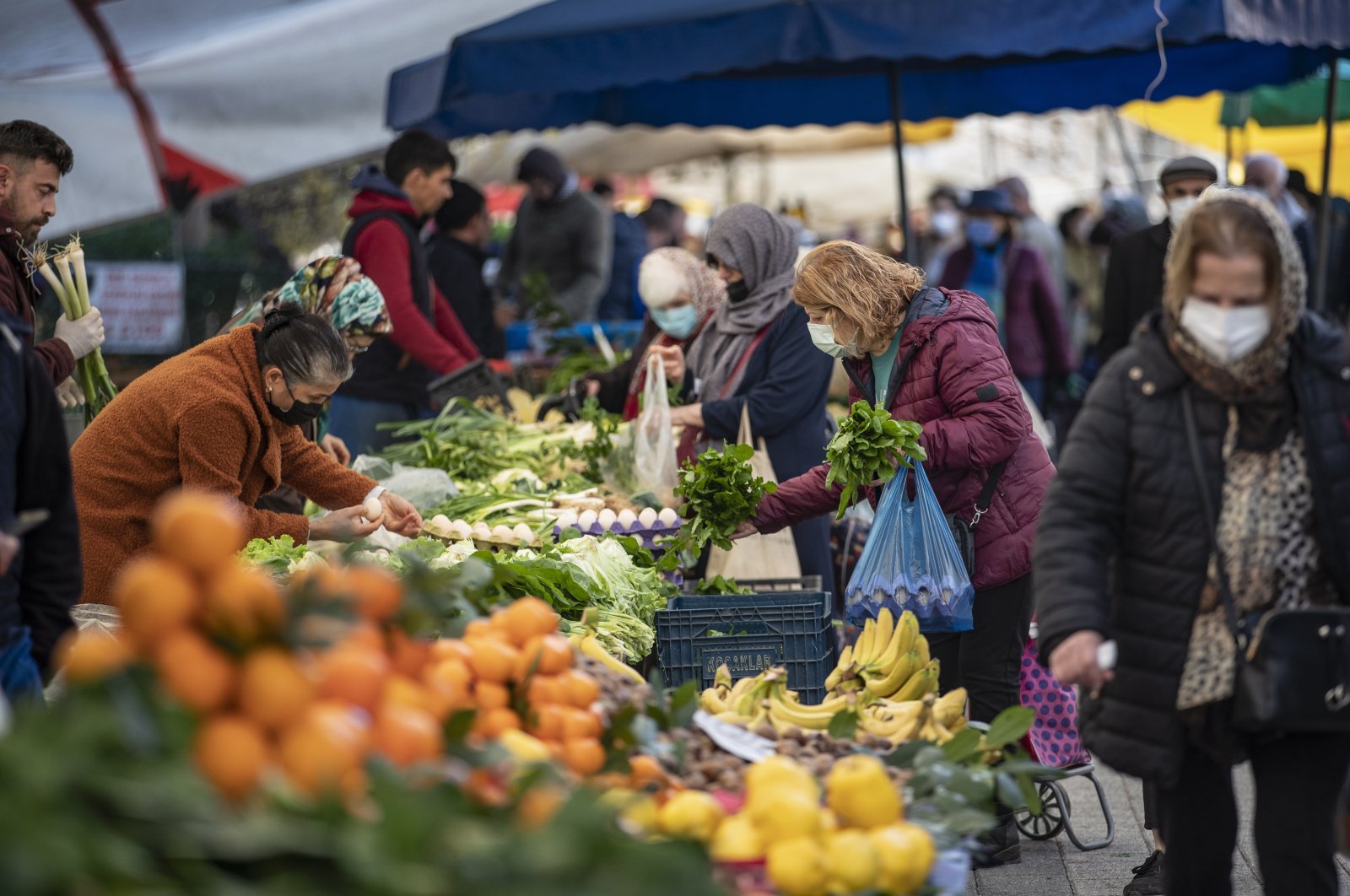 The government two weeks ago announced a scheme to safeguard lira deposits against currency volatility, a measure designed to make citizens feel safer about their savings in the bank.

“By developing instruments like the new forex-protected deposit accounts and increasing the lira’s attractiveness, we will lower inflation,” Minister Nureddin Nebati told Anadolu Agency (AA), adding that once stability is achieved, Ankara would boost production and exports.

Nebati’s remarks come after the country’s annual inflation in December accelerated to its highest level in 19 years.

Speaking after a Cabinet meeting on Monday, President Recep Tayyip Erdoğan said he was saddened by the inflation data and that his government was determined to lower it to single digits, blaming the climb on global commodity prices and the weaker lira.

Göksel Aşan, head of the Presidency Finance Office, said on Friday the government was considering a range of new financial products that would offer guarantees against inflation losses.

“The Treasury and Finance Ministry is working on inflation-indexed instruments,” Aşan said. “I do not think that it will be another bank deposit instrument, which would mean competing with the new forex-indexed lira deposits,” he said, hinting at bonds without specifying.

The scheme effectively ties the value of special new deposits to the U.S. dollar by promising to compensate for losses incurred from swings in the exchange rate.

The initiative had reversed the lira slide and triggered a historic 50% surge in the currency’s value in the week through Dec. 24.

Nebati said he expected a return to stability in the exchange rate in the period ahead.

“We expect a stable exchange rate trend to be established over time,” he noted.

Inflation has been around 20% in recent months, driven by the lira slide after the central bank slashed its policy rate by 500 basis points to 14% from 19% since September. It will hold its next rate-setting meeting on Jan. 20.

Economists forecast consumer prices could continue to rise in the coming months in part due to a series of administered price rises, including minimum wage, utilities, road tolls, and alcohol and tobacco taxes.

Erdoğan on Monday said civil servant salaries had been raised by 30.5% from January, and monthly pension payments would jump to TL 2,500 from TL 1,500.

The Energy Market Regulatory Authority (EPDK), citing high global energy inflation, said electricity prices were raised by as much as 125% for high-demand commercial users and by around 50% for lower-demand households for 2022.

Natural gas prices jumped 25% for residential use and 50% for industrial use in January, national distributor BOTAŞ said. The monthly price rise was 15% for power generators.

Petrol prices, frequently adjusted in line with international prices, rose by more than half a lira per liter, or around 5%, in the latest adjustment, while diesel prices increased by TL 1.29, the Energy, Petroleum, Gas Stations Employers Union (EPGIS) said.

The tolls for use of highways and bridges were raised by an average of 25%.

Ticket prices for the Marmaray rail service through a tunnel underneath the Bosporus Strait in Istanbul rose by 36%. Turkish Railways raised ticket prices for its high-speed trains by some 20%.

The special consumption tax on cigarettes and alcohol was raised by 47%, making cigarettes about 20% more expensive and lifting alcohol prices by around 20%-33%.

Turkey’s TMO state grain board announced price hikes of some 23%-24% for wheat and barley to support farmers.

There was a 20% jump in mandatory vehicle insurance costs for those with the highest deductible, which will come into effect as of February.

“The authorities may implement some price controls and deploy additional tools to prop up FX depreciation. But it is not clear how these measures will alleviate the demand channel,” he told Reuters.

Kara said overall January inflation should rise by 5 percentage points due to the direct and indirect contributions from the administered price hikes.

Drawing in gold kept at home

Nebati said work would be conducted on drawing in gold kept at home into the financial system.

His remarks followed Erdoğan’s call for citizens to keep all their savings in lira and shift gold savings into banks, saying the recent exchange market volatility was largely under control.

Aşan also said work is underway to bring part of an estimated 5,000 tons of “under-the-mattress” gold into the financial system by introducing gold certificates to be exchanged with physical gold. These gold items are estimated by the government to be worth some $280 billion.

The country’s central bank last week said it would extend an incentive program to people who keep their savings in gold.

Among various planned measures, Nebati said the state’s contribution to the private pensions’ system will be raised to 30% from 25%.

He also stressed that corporate tax will be made more competitive and value-added tax will be simplified.