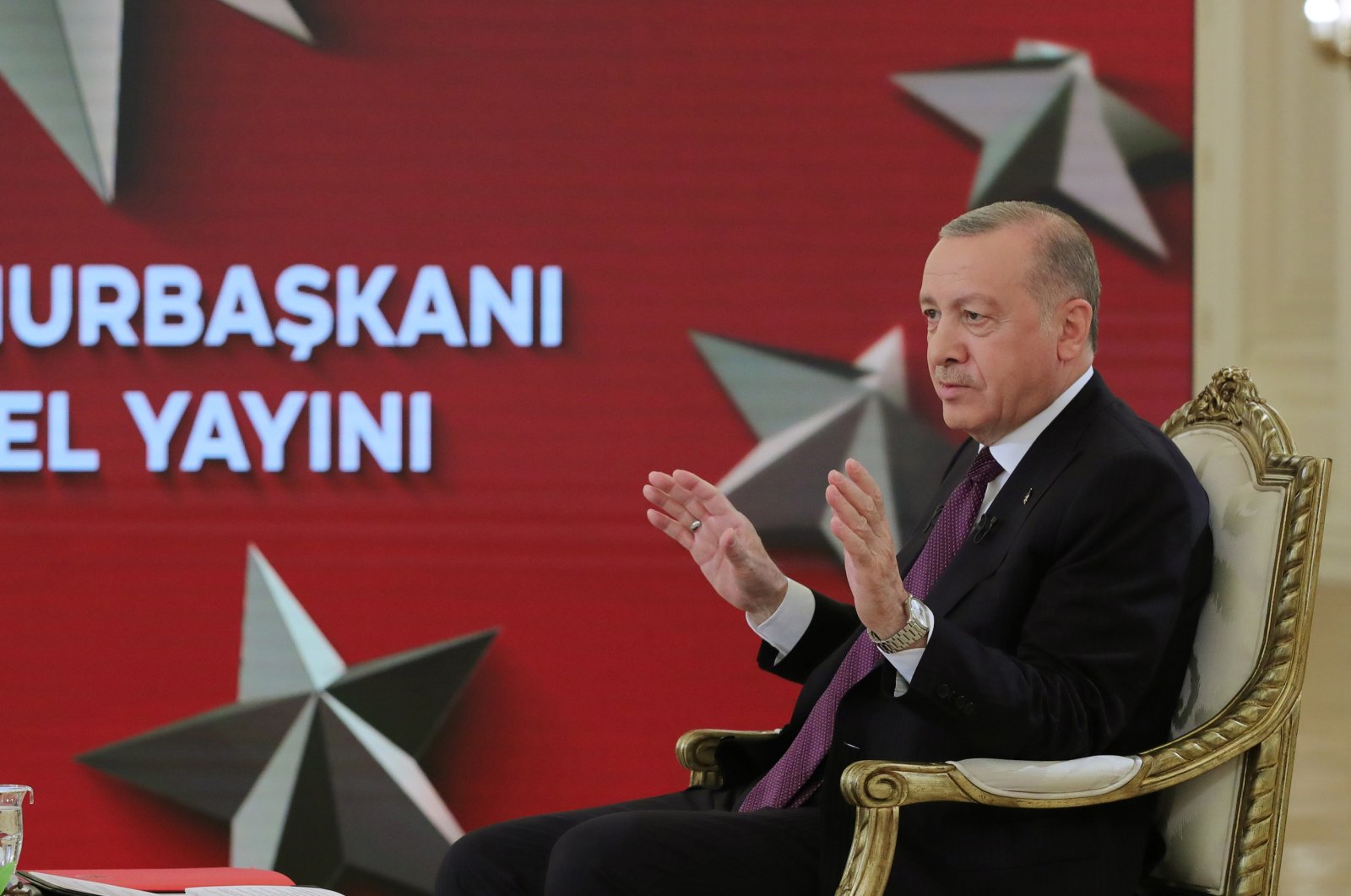 Turkey hopes to maximize its cooperation with Egypt and Gulf nations "on a win-win basis," Turkish President Recep Tayyip Erdoğan said Tuesday, at a time when Ankara has intensified diplomacy to mend its fraught ties with Cairo and some Gulf Arab nations after years of tensions.

Relations between Ankara and Cairo have been strained since Egypt's army toppled the democratically-elected Muslim Brotherhood president, Mohammad Morsi, in 2013.

Ties with Saudi Arabia have also been tense over Turkish support for Qatar in a regional dispute and over the killing of Saudi journalist Jamal Khashoggi at the kingdom's consulate in Istanbul.

Erdoğan said Turkey and Egypt have a vast area of cooperation from the Eastern Mediterranean to Libya. He emphasized that Ankara is determined to restore relations with Cairo.

"Our desire is to use these opportunities for cooperation at the maximum level and improve our ties on a win-win basis ... The same situation is valid for all Gulf countries too," Erdoğan said at an interview with public broadcaster TRT Haber.

"I know Egyptian people very well. The cultural aspect of our ties is very strong. Therefore, we are determined to start this process again," said the president.

Earlier this year, Turkey said it had resumed diplomatic contact with Egypt and wanted to improve cooperation after years of tensions that began with the disruption of relations in 2013. On April 15, Turkish Foreign Minister Mevlüt Çavuşoğlu announced in a live broadcast that the two countries had agreed that the channel first opened between Turkish and Egyptian intelligence would continue through the foreign ministries. Çavuşoğlu said Egypt had invited the Turkish side for a visit in early May, which was to be held at the deputy foreign minister level. After an inter-delegation meeting, Çavuşoğlu expressed his willingness to meet with his Egyptian counterpart as well. The top diplomat also recently announced that the countries have discussed appointing envoys.

A delegation of senior Turkish officials last month traveled to Egypt for an official visit – its first one since 2013 – to discuss normalizing diplomatic relations amid efforts by the two countries to improve bilateral ties that deteriorated following the Arab Spring.

The talks between Turkish and Egyptian delegations during their two-day visit to Cairo were “frank and in-depth,” the Turkish Foreign Ministry said in a statement, adding that the two countries will evaluate the outcome of the round of consultations and agree on the next steps.

Meanwhile, Erdoğan also said he will discuss the recent tensions between the U.S. and Turkey with his U.S. counterpart, Joe Biden, in the upcoming NATO leaders summit.

"At the meeting, we will ask why the Turkey-U.S. relations are going through such a tense period," said Erdogan.

The meeting between Erdoğan and Biden will take place on the sidelines of the June 14 NATO leaders summit in Brussels, Belgium.

Erdoğan recalled he had worked with former U.S. presidents, both Democrats and Republicans including Barack Obama and Donald Trump, saying he did not "have such tension with any of them."

The president said the most recent tension between the two NATO allies was caused by Biden's recognition of 1915 events as "genocide."

Erdoğan criticized his U.S. counterpart once again and reiterated his call that historians and legal experts, not politicians, should work on the so-called Armenian allegations.

When asked if there was any other reason behind Biden's decision on genocide claims, the president said "Turkey is used to such things" without elaborating.

"Those who corner Turkey this way will lose an important friend," said Erdoğan, adding Turkey is "a strong and reliable partner" in NATO.

There are two other important issues in the U.S.-Turkey relations. One is the U.S. support for the terrorist PKK's Syrian offshoot YPG, while the other is the U.S. inaction on the Gülenist Terror Group (FETÖ), whose leader resides in Pennsylvania, said Erdoğan.

He reiterated Turkey's disappointment over the U.S. support for YPG/PKK terrorists in northern Syria.

"We have provided every evidence revealing the ties between the PKK and YPG/PYD but they choose to turn a blind eye to these," said Erdoğan.

In addition to not seeing eye-to-eye on FETÖ and the YPG terrorist group, Ankara and Washington disagree on Turkey’s purchase of Russian S-400 air defense systems.

The purchase of the Russian-made systems in 2019 prompted the Trump administration to remove Turkey from the consortium producing F-35 fighter jets.

It marked the first time a NATO member state had been sanctioned for buying Russian arms.