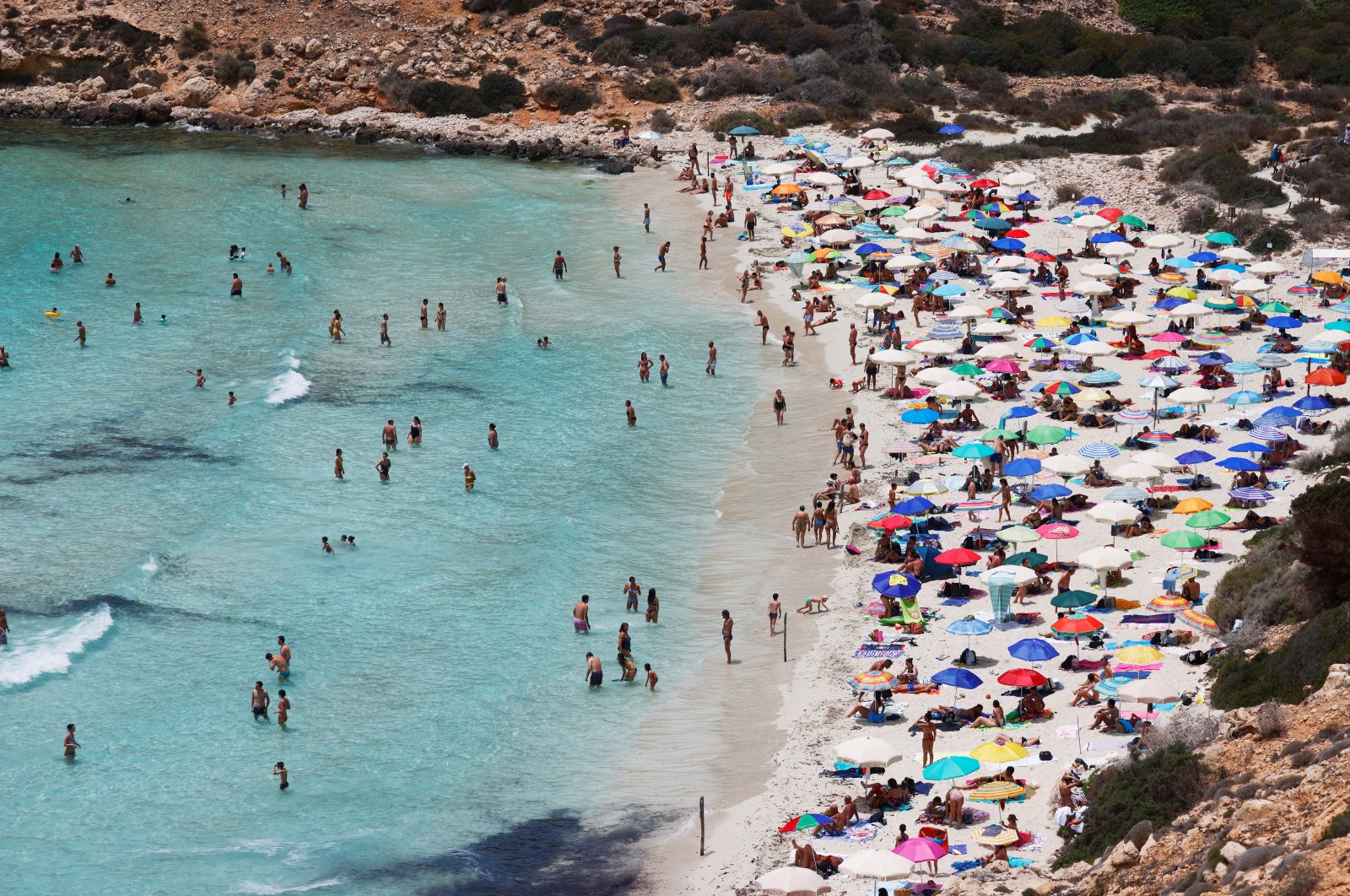 While not a complete wash-out, the summer tourism season vital to southern Europe's economies will be less than sizzling as the delta coronavirus spreads and travel hurdles keep British and other sun-seekers at home.

A European Union COVID-19 travel certificate launched on Thursday may help some make trips but arrivals to tourist hot spots from Portugal to Croatia are set to remain well down on normal levels, putting businesses and hospitality jobs at risk.

"The recovery of tourism in Portugal has come to a halt," Raul Martins, head of the country's AHP hotel association, said of new travel restrictions from Britain and Germany, normally lucrative markets for Portugal's beaches, restaurants and clubs.

The fast-spreading delta variant of the coronavirus is pushing a rise in cases in the Algarve's tourist magnet Albufeira and is to blame for over half of new infections in the capital Lisbon.

Add to that Britain's decision last month to strike Portugal from its "green list" of destinations and Germany's move to curb travel there just ahead of the introduction of EU certificates showing a tourist's double-vaccination or COVID-19-free status.

Even before the German decision and a recent Portuguese rule for unvaccinated U.K. travelers to quarantine, hotels there forecast occupancy rates of just 43% this month and 46% for August. AHP said hotels would be more downbeat if polled now.

Save for a few bright spots, the sector is seeing the same pattern across the entire south of Europe: better than the lost summer of 2020, but barely half the activity it would normally expect before the pandemic.

In Greece, where tourism makes up a fifth of the economy, the central bank this week cited concerns over new variants as it cut forecasts for 2021 tourism revenues from 50% to 40% of those in 2019 when it welcomed a record 33 million visitors.

Grigoris Tassios, head of Greece's Hoteliers Association, said the average occupancy rate at hotels across the country was currently 35%-45%, a rate he saw persisting through early July.

"Bookings have frozen clearly because of the uncertainty over COVID and particularly the delta variant lately," he said.

Spain is a shade more optimistic, raising its estimate for this year's tourist numbers to 45 million visitors – about 54% of 2019 levels – from the 42 million it predicted a month ago.

The tourism ministry on Wednesday was particularly upbeat about the German market, expecting the number of German tourists to reach 3.8 million this year, a strong 77% of 2019 numbers.

Mallorca and Spain's other Balearic islands are meanwhile reaping the benefit of the June 30 move by the U.K. to allow Britons to travel there without having to quarantine upon return: air bookings there stand at 80% of pre-pandemic levels.

"Since restrictions for U.K. tourists were lifted, they are back. In the first 24 hours, we had reservations equivalent to 10 days of 2019," said a spokesperson for Spanish chain Melia Hotels.

In the northern European countries which provide the sun-seekers, holiday industries are lobbying governments to find safe ways to make more destinations available – and quickly.

Britain's plan to restart travel in May after over four months of lockdown has to date hugely disappointed tour operators, with only a limited number of smaller destinations currently on its "green list" of quarantine-free travel.

"This is not the meaningful restart of international travel that the industry desperately needs," said a spokesperson for ABTA, the U.K. industry body representing 4,300 travel brands.

It is urging the government to make good on proposals to relax quarantine rules for fully vaccinated individuals visiting countries on the "amber list" like Spain and France.

"But this needs to happen soon so businesses can save what remains of the peak summer season, crucial weeks which represent two-thirds of travel companies' income," said the spokesperson.

A major headache for the U.K. industry is coping with sudden rule changes in destination countries – Malta, for instance, banned British visitors who are not fully vaccinated on Tuesday.

Germany's travel sector is also demanding clarity after the move to declare Portugal a "virus-variant zone," a measure that implies a 14-day quarantine for travelers. Industry leaders warned the government this week any steps to include countries like Greece and Spain in that band would be devastating.

Some remain upbeat. Tomas Dvorak, an economist at Oxford Economics, said southern Europe could still recoup by the end of the year around 85% of its 2019 levels if vaccine campaigns continue to step up and bring overall infections down.

But a McKinsey report this week painted a stark picture of the wider damage to the region's economy, with a full recovery of foreign tourism in some cases not likely before 2024-2025.

In Spain's case, it said international tourism might not recover till 2025, putting a massive 4.4 million direct and indirect jobs at risk. It saw Italy benefiting from a more resilient domestic tourist market to recover earlier in 2024.

While a U.N. study this week welcomed the EU COVID-19 pass as a rare example of countries harmonizing arrangements on travel, it will not be enough to rescue the European summer.

Capital Economics argued it did not remove constraints for those not fully vaccinated – meaning many travelers including children will still need to undergo COVID-19 tests – and that specific travel rules were still set by national governments.

That is a point that resonates in Portugal, still stung by the German travel curbs.

"There are different countries and each country wants to show its sovereignty," said the AHP's Martins. We believe that the certificate will work but there are countries saying 'my house, my rules.'"