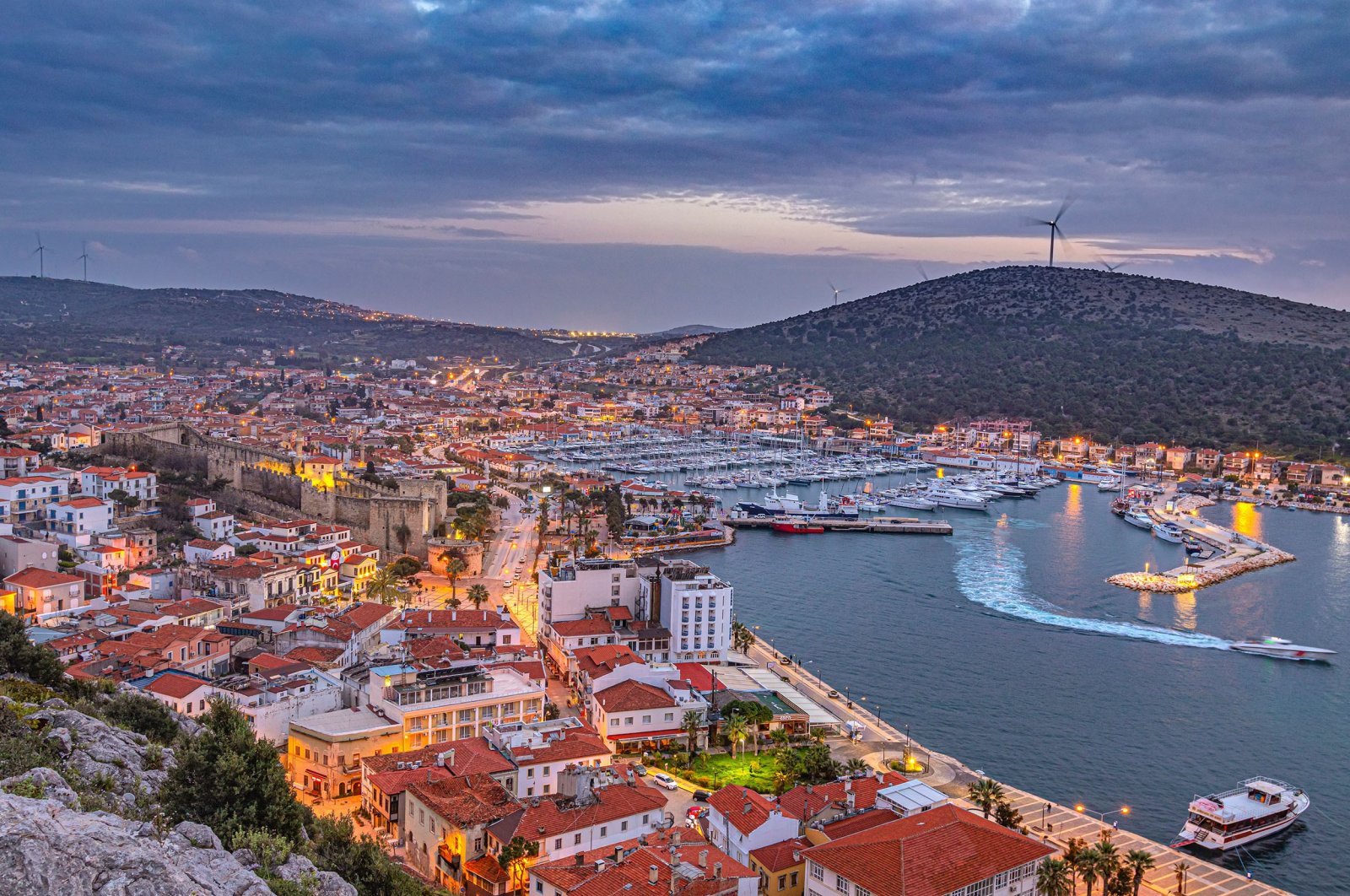 Izmir had joined World Wildlife Fund's (WWF) "Plastic Waste Free Cities Network" in 2019 and committed to gradually stopping the city's plastic waste from mixing with nature until 2030, and as part of the initiative, the city's famed resort town of Çeşme had become a pilot district. In light of these, the mayor of Çeşme announced the outline of the district's action plan for the fight as Blue Panda sailed into town.

Çeşme became a pilot district in 2020 within the scope of the “Plastic Smart Cities” protocol signed between WWF-Turkey and Izmir Metropolitan Municipality (IBB).

As part of WWF's Mediterranean Marine Initiative (MMI) the Blue Panda sailboat had started a voyage of “Preserving the Treasures of the Mediterranean” from the Portofino Marine Protected Area in Italy, aiming to draw attention to the threats facing the Mediterranean, and one of the locations on its route was Izmir.

As such, in its journey, Blue Panda recently sailed into Izmir and Çeşme Mayor Muammer Ekrem Oran took the opportunity to explain the plastic-free target and their action plan against plastic pollution

Çeşme is committed to reducing plastic pollution by 30% over the next two years, hoping to clean and preserve, the natural beauty of its beaches.

Recent studies showed that the total amount of household and nonhousehold waste in the district that was recyclable, stood at 27.60%, showing that green efforts could have great potential for transformation.

As part of Çeşme's new action plan, single-use plastics are to be prohibited in the municipality building and in businesses within the scope of the municipality, which currently are six restaurants and cafes.

Also, single-use plastics will not be used at any of the events that the city organizes or any other kind of public event.

Meanwhile, paper bags will gradually take the place of plastic bags at marketplaces. The efforts will continue on the front of raising awareness as well.

Oran said that they would keep to their commitments and produce a plastic waste-free Çeşme, which is famous for its beaches and historic village of Alaçatı.

“We will change our production patterns and consumption habits,” he said and added, “We will make Çeşme a Plastic Waste Free City, as we have undertaken within the framework of the protocol we signed with WWF Turkey.”

Meanwhile, Aslı Pasinli, general manager of WWF-Turkey, said that a new start was necessary. “The disasters we have experienced recently, such as mucilage, fires, floods, oil spills, all of which have shaken all of us deeply, show that as humanity, we need to make a new start in harmony with nature, as soon as possible.”