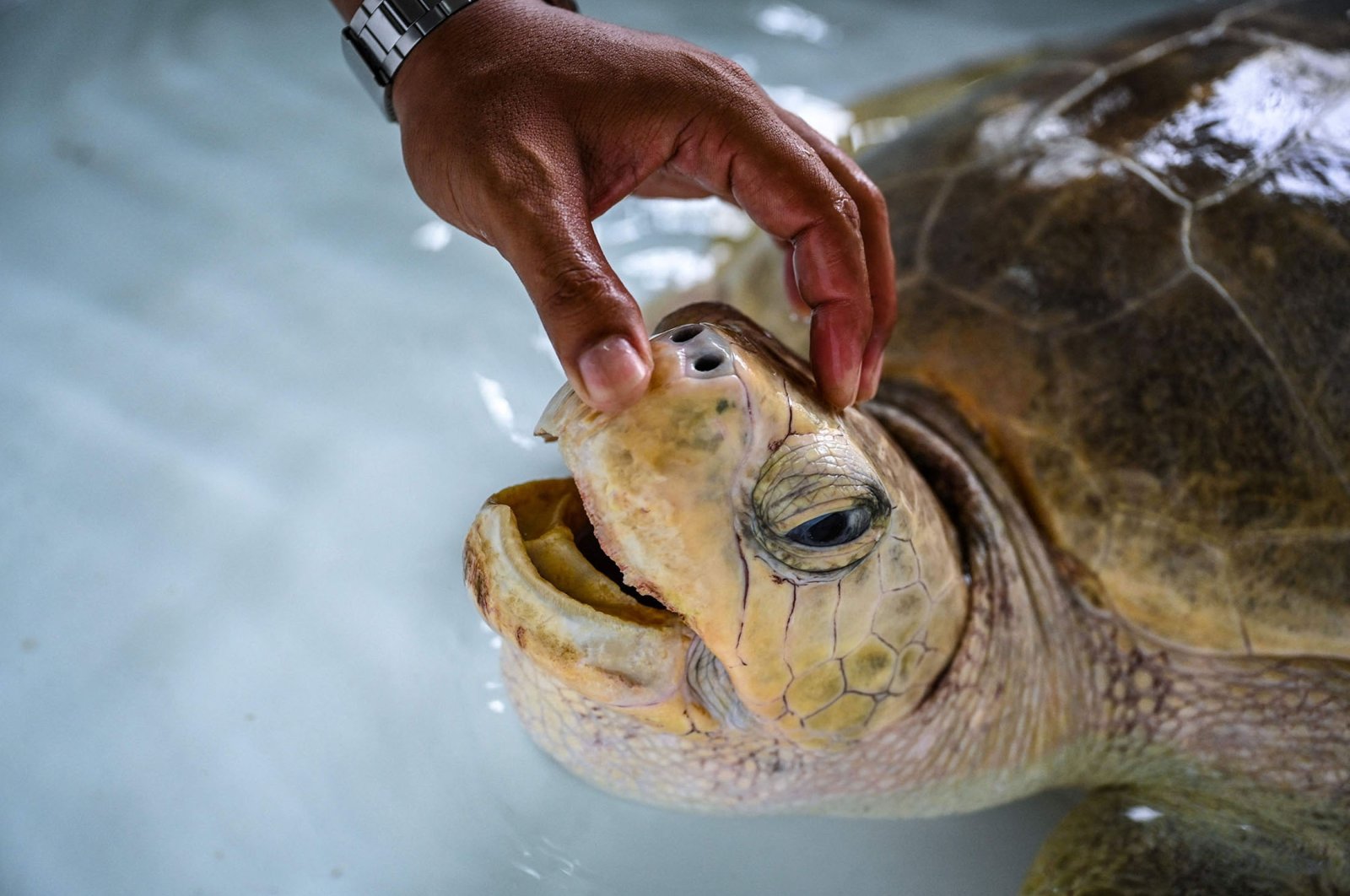 With the absence of tourists on the beautiful beaches of Thailand, the serene waters of the Andaman Sea washes ashore undisturbed, and the waters also bring with them a pleasure to behold as a green sea turtle comes on the shore to lay eggs before diving back. Biologists are ecstatic on the marine animal's return.

The turtle's nesting was spotted in November by scientists. In about two months, the 100 eggs will hatch and babies will slide toward the sea, guided by the moonlight.

Pre-pandemic, millions of tourists thronged to the white sand beaches of southern Thailand, ferried to the islands by tour boats which dissuaded the skittish creatures from venturing ashore.

But with almost 20 months of COVID-19 travel restrictions in place, several different species of sea turtles have returned to nesting around Phuket, an ultra-popular beach destination before the pandemic.

Between October 2020 and February 2021, 18 nests of leatherback turtles – which can grow up to 400 kilograms as an adult and are the largest species of sea turtles – were found in Phuket.

"Their nesting has improved in the last two years thanks to the absence of tourists, noise and light pollution," Kongkiat Kittiwatanawong, director of the Phuket Marine Biological Center, told Agence France-Presse (AFP).

Although chances of survival are very low – about one egg hatched out of 1,000 will reach adulthood – Kongkiat said the increase in nesting is a positive sign for efforts to preserve endangered species.

A nest of the olive ridley sea turtle was also spotted – the first time in two decades.

Other species that live in the warm waters around Thailand include leatherback, hawksbill, green and loggerhead turtles.

But as Thailand tentatively begins to reopen its doors to fully vaccinated international tourists, scientists have tempered their optimism.

"But they live long and are a highly migratory species. Without effective policies to protect them, we can't expect many long-term benefits to population recovery."

In Thailand – as in many other countries – the marine animal's future is threatened by global warming, which harms coral reefs and increases the temperature of waters.

The hotter conditions could in turn disrupt turtle species' populations: Studies have shown that warmer sands where they nest lead to more female hatchlings relative to males.

Pollution is also a problem.

At the moment, plastic and discarded fishing lines and nets remain the primary cause of disease and death.

"In 56% of the cases, the turtles that are brought to us have ingested marine waste or become trapped in it," said Dr. Patcharaporn Kaewong from the Phuket Marine Biological Center.

Currently, 58 turtles are being treated there. Some need operations, amputation or prosthetics before they are released back into the wild.

At the moment, scientists and local authorities are on high alert for nesting season, which runs until February.

After a female turtle lays a nest, the authorities will act quickly – either moving them to a safe place if they are too close to the water or surrounding it with bamboo fences and security cameras.

"After hatching, we take care of the weak turtles until they are strong enough to go to the sea," Patcharaporn said.

She added that educating the public about conservation was also important.

Up until a few decades ago, eating turtle eggs was a common custom in Thailand, but gathering them was banned by the Thai government in 1982.

Illegally possessing or selling leatherback turtle eggs is now punishable by three to 15 years in prison, and carries fines of up to $50,000.

Some marine protection nongovernmental organizations (NGOs) are also financially rewarding locals who report a nest, while technology – like microchipping a turtle – also plays a part in long-term monitoring.

"Thanks to satellite tracking, we have observed that they can migrate much further than we thought," Kongkiat said, adding that some have gone as far as Australia.