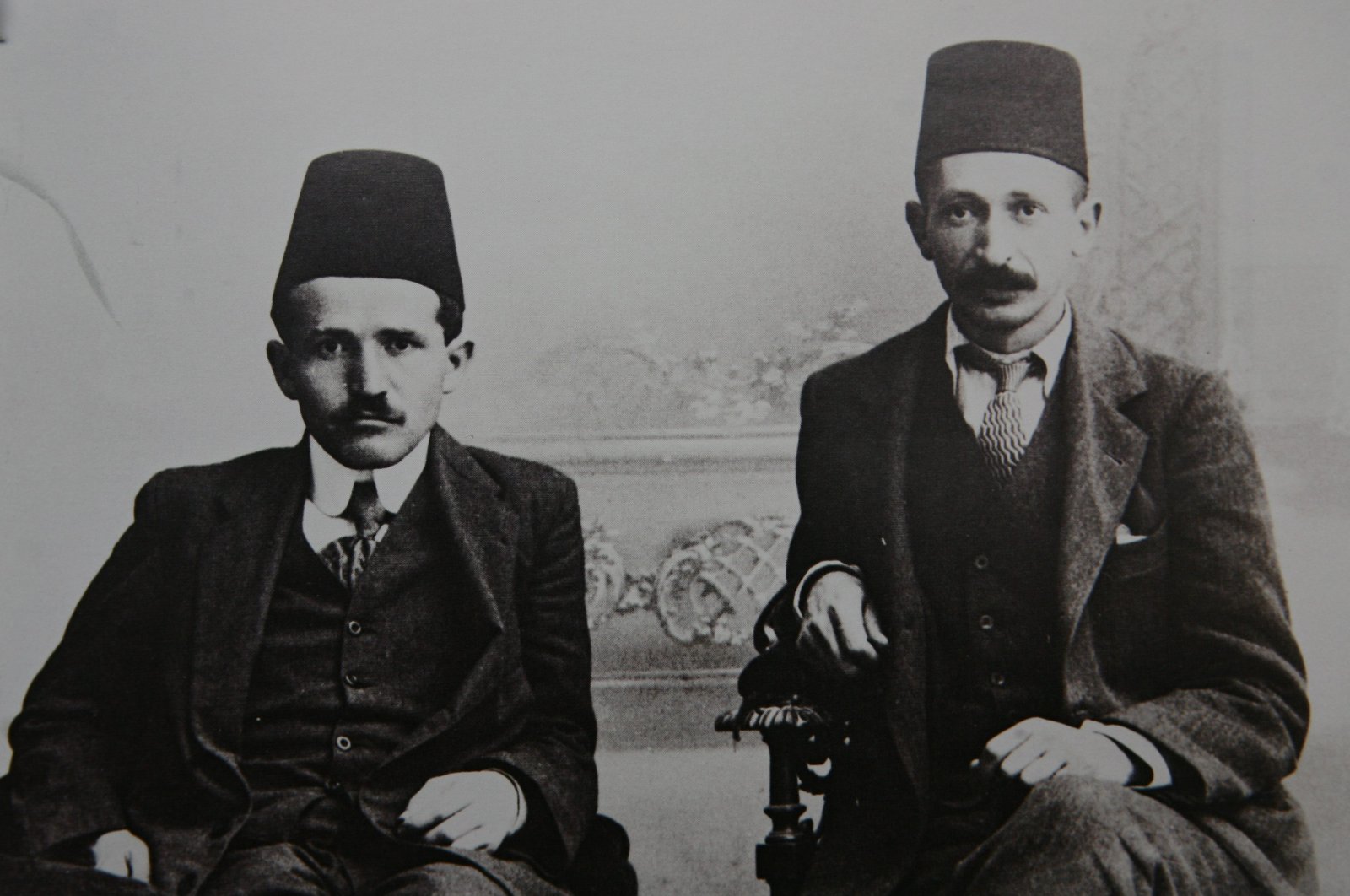 Yitzhak Ben-Zvi, the longest-serving president of Israel, and David Ben-Gurion, the primary national founder of the state of Israel and the first prime minister of Israel, once studied law at Istanbul University, staying in the same room in Beyoğlu

Following in the footsteps of the Young Italy model, established by the Italian revolutionary Giuseppe Mazzini, the Young (Jeune) Turks, Young Arabs, Young Armenians (Dashnakists) and Young Jews, namely Zionists, cooperated to overthrow Ottoman Sultan Abdülhamid II at the beginning of the 20th century. They ensured the proclamation of the Constitutional Monarchy in the Ottoman Empire by staging a revolution in Thessaloniki in 1908. Occupying Istanbul in 1909, they managed to dethrone the sultan. All the "Young" groups then began parting ways to form their own national states.

Arab-Jewish conflicts have been occurring in Palestine since the revolution in 1908. Jews formed an armed organization called Hashomer (The Watchman), founded by Israel Shochat and Yitzhak Ben-Zvi. Shochat was born in the lands of Russia, today’s Belarus, in 1886, and Ben-Zvi was born in Ukraine in 1884. Both were members of a socialist-Zionist organization, Poale Zion (Workers of Zion), and fled to Palestine to escape oppression.

The same team was publishing a newspaper under the name of Ha’akhdut, which means "Union" in the lexical meaning. The newspaper, addressing Jewish agricultural workers in Palestine, was named after the Committee of Union and Progress (CUP), which was established by the Young Turks. One of the newspaper's socialist writers was David Ben-Gurion, who was born David Yosef Gruen in Poland in 1886.

Ben-Gurion, Shocat and Ben-Zvi decided to take advantage of the Zionists' friendship with the Young Turks and study law in Istanbul to organize the Jews living in the new Turkey. Hence, they would be able to carry the “Jewish homeland in Palestine” case to the agenda of Parliament in Istanbul and prevent the anti-Zionist propaganda of the Arabs.

Ben-Gurion needed to learn Turkish to study law, however, he could not afford the language learning studies in Istanbul. Therefore, he decided to go to Thessaloniki, where he could learn Turkish for a much more affordable price. Besides, he would be able to spread propaganda among the workers in these lands where the CUP was born and many Jews lived. Before Ben-Gurion, Ben-Zvi had visited Thessaloniki in 1909 and lectured as a guest of the Jewish Federation Sosialista Lavoradera de Saloniko (Socialist Workers' Federation of Salonica).

When Ben-Gurion first arrived in Thessaloniki on Nov. 7, 1911, he was astounded by the great number of Jewish workers he saw in the harbor here. To him, Thessaloniki was "a Hebrew labor town, the only one in the world." However, he was surprised by the fact Jews there spoke Ladino, which is also called Judeo-Spanish. As he did not know any language ​​other than Russian, he could not even communicate with his landlady.

In the later period, Ben-Gurion started to take Turkish lessons from a law student named Joseph Strumsa. While Strumsa was teaching him Turkish, Ben-Gurion also introduced him to Zionism. Ben-Gurion was such a clever student that he learned Turkish in just eight months. In fact, he was able to read the Turkish newspaper Tanin by the end of the third month of his language education.

Ben-Gurion did not spend his time in Thessaloniki only learning Turkish. Like Ben-Zvi, he also gave Jewish workers socialism-Zionism lessons. In one of his experiences in the city, he went to see a theater play with Strumsa. The play featured some acts where the Turkish army was defeated, and he saw a Turkish officer sitting next to him sobbing during these scenes. "That's disgraceful," he whispered to Strumsa and continued, "He should be thinking instead of crying."

In July 1912, Ben-Gurion successfully passed the exams to be admitted to the university; however, he did not have a passport as he had fled Russia and therefore could not enroll in the school. Ben-Zvi took on the registration issue as he had networks in Poltava to take care of such things. However, the passport was still a problem. Ben-Gurion could get a Turkish passport, but he could then be conscripted. Since those who enrolled in university were exempted from military service, he decided to take his chances with a Turkish passport and went to Istanbul on Aug. 14.

The academic year would start on Aug. 29, but Ben-Gurion could not find enough money for the enrollment deposit. He could not borrow from Ben-Zvi either as he was still on vacation in Palestine. When he eventually found the money, the registration period had already expired. However, the Balkan War, which broke out during that time in 1912, came to his rescue. Lessons were suspended due to the defeat of the Turkish army and the transfer of wounded soldiers to the university buildings.

Taking advantage of this opportunity, Ben-Gurion also returned to Palestine. Staying in Palestine until March 1913, he also managed to get a fake high school diploma there. Then, he returned to Istanbul with Ben-Zvi when the university reopened in April with the suspension of the war. On this second arrival, he registered at the university as Victor Efendi's son David Gruen Efendi with the student number 134411094.

Ben-Gurion and Ben-Zvi's studentship at the law faculty lasted for about two years until the beginning of World War I (1914-1918). They stayed in a small room together on the second floor of a hostel in Beyoğlu's Topçular neighborhood during this period. Even Strumsa, Ben-Gurion's Turkish teacher in Thessaloniki, stayed with them for some time. Since they did not even have pillows, they used newspapers instead, and they only spoke Turkish in the room.

Although Shochat and Ben-Zvi had poor grades in law school, Ben-Gurion's performance was remarkable. His worst grade was 8 out of 10. In the criminal law course, his teacher was fascinated by his answers and said: "This is our misfortune that we don't have too many students of Gruen effendi's caliber. Had we 10 Gruens, Turkey would look quite different.”

Ben-Zvi’s financial situation was relatively better as he used to give lessons at Talmud Torah elementary schools. On the contrary, Ben-Gurion suffered a great deal of financial difficulty in Istanbul since he did not receive any monetary support from his father. Moreover, he contracted malaria and had to spend 1 1/2 months in the Russian Hospital in Istanbul’s Şişli being treated.

Despite all the difficulties, these Zionist youngsters, who would play a major role in the establishment of Israel in the future, managed to survive. While Ben-Gurion and Ben-Zvi were sailing on a ship to Palestine during the summer of 1914, World War I broke out. Thus, their academic life in Istanbul came to an end. They would see Istanbul again though after many years had passed.