End of 'orb alliance': A change in Turkey-Gulf ties? 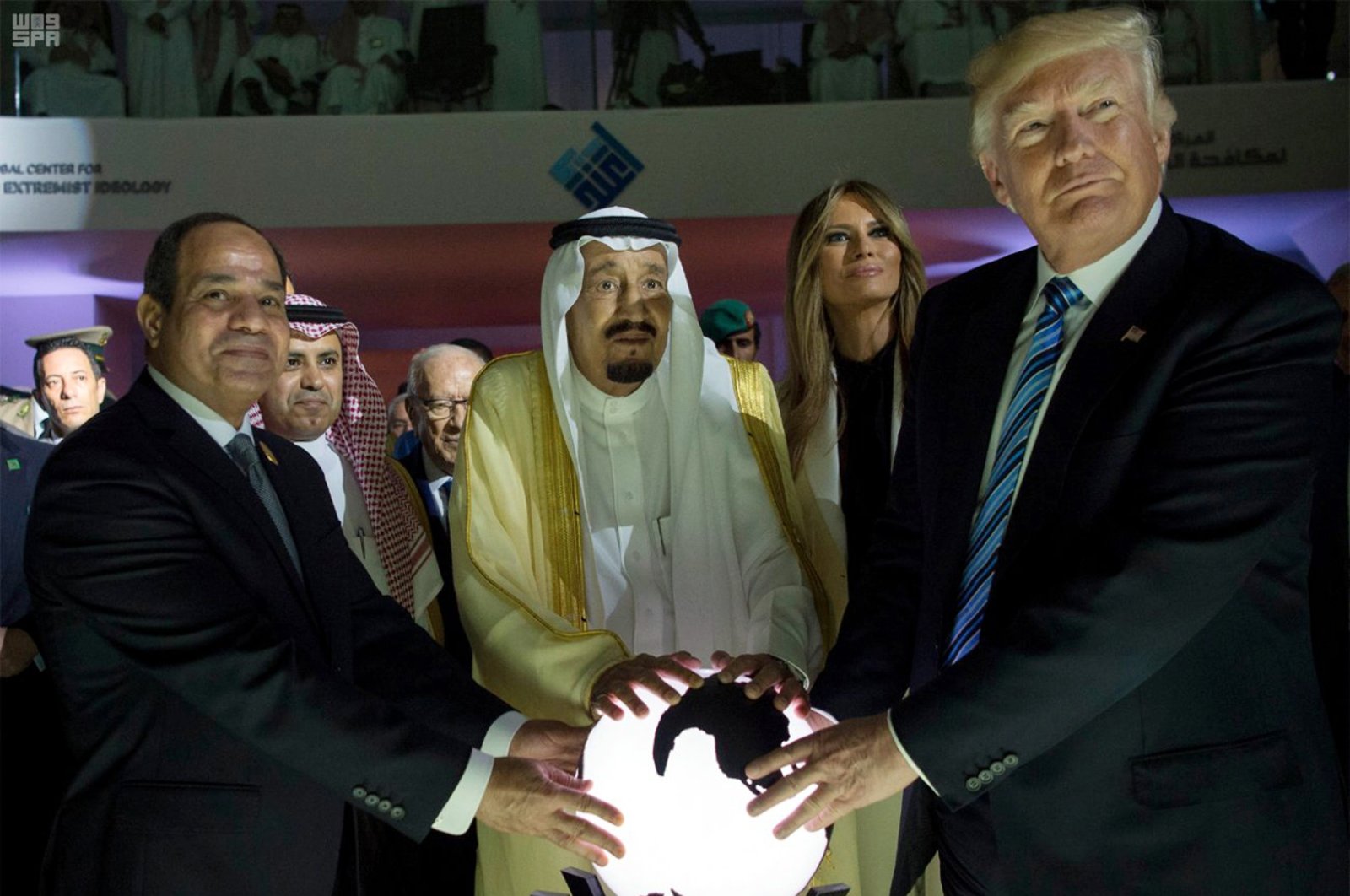 In the days following Donald Trump’s defeat in the United States presidential election, I argued that the "orb alliance" had ceased to be sustainable.

Trump’s first order of business as U.S. president was to visit Saudi Arabia, where he posed for a memorable picture, along with Saudi King Salman and Egypt’s Abdel-Fattah el-Sissi, huddled around a glowing orb.

Although just three leaders were photographed that day, there were other, less obvious, members of the alliance.

Common interests brought together a diverse group of players. The U.S. used the orb alliance to keep the Middle East under control and to contain Iran.

At the same time, Washington added to Israel’s regional legitimacy and promoted its recognition with the help of the Gulf states. The U.S.' recognition of Jerusalem as the capital of Israel, dubbed the “deal of the century,” was part of that plan.

Since Israel’s objectives were aligned with the U.S., one cannot help but wonder what the Gulf states hoped to accomplish. Their top achievement was that they received assurances against Iran. At the same time, local regimes, whose legitimacy the Arab Spring brought into question, hoped to survive with American support.

What came to be known as the Arab Spring was the culmination of the people's oppression, as they demanded their rights from outdated regimes. That demand was directly related to Turkey, which urged countries like Syria and Egypt to listen to their citizens.

However, that endorsement posed a threat to Israel, Sissi’s Egypt, Saudi Arabia and the UAE. As such, the orb alliance also aimed to weaken Turkey’s regional clout.

The alliance’s strained relationship with Qatar was no secret. Doha became the target of an air and land blockade when it resisted calls to burn bridges with Ankara. Qatar was expected to kick out Turkish troops from its territory.

A similar development took place in Sudan, which was improving its relations with Turkey. A military coup resulted in the transfer of political power. The alliance appeared to challenge Ankara wherever it attempted to take action.

In the Eastern Mediterranean, the orb alliance also sided with Greece, which was a point of tension with Turkey.

Gen. Khalifa Haftar, the Libyan warlord who attempted to overthrow that country’s legitimate government, was showered with weapons, mercenaries and money.

The orb alliance may have failed to force Turkey to reconsider its policy choices, but it undoubtedly drove up Ankara’s costs.

A new status quo has since emerged, as Joe Biden replaced Donald Trump as U.S. president. The Biden administration and, more broadly, the Democrats have a different view of the Middle East than the country’s previous leader.

Biden actively seeks to relaunch nuclear talks with Iran, which currently negotiates the framework for dialogue with Washington. That bargain, without a doubt, hurts the Gulf’s interests.

Indeed, the U.S. has already halted its military assistance to Saudi Arabia for the war in Yemen.

Moreover, Biden waited a whole month before speaking with Netanyahu – which, experts say, suggests that the U.S. administration will give Israel the cold shoulder.

Finally, the White House issued an interesting statement, saying that Biden’s counterpart in Riyadh was King Salman, as opposed to MBS. Those remarks are widely believed to suggest that Washington intends to sideline the princes.

The Gulf states, accurately interpreting the changing status quo, are slowly revising their regional policy. In response to Biden’s victory, they immediately moved to de-escalate tensions with Qatar and lift the blockade.

There is every reason to believe that similar steps will follow.

Their next move will presumably involve normalization with Turkey. As a matter of fact, certain signs are already there.

In recent days, the Turkish and Emirati ministers of science mentioned each other on Twitter as a token of goodwill. It was the first contact between the two countries after a long time – and, possibly, a discreet gesture intended to lay the groundwork for normalization.

For the record, it would have been possible to claim, even in the absence of the aforementioned tweets, that the bilateral relationship was on the brink of improvement.

At the end of the day, states are rational actors and their actions are informed by their interests. The new status quo encourages Turkey and the Gulf states to normalize their relations.

What that means for the region – and what geopolitical developments it may entail – will be the subject of my next column.