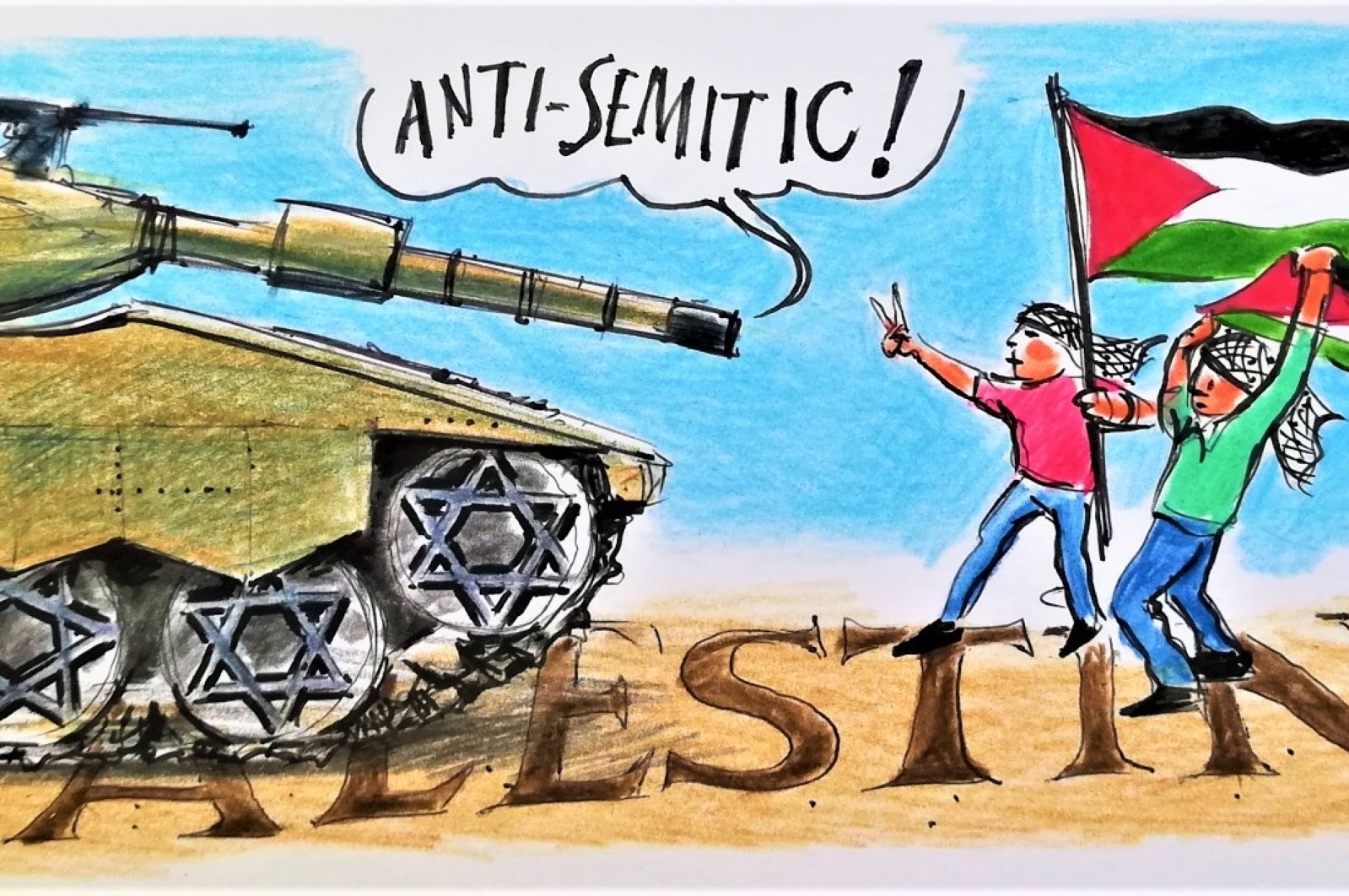 U.S. State Department spokesperson Ned Price is new to his job, but he is learning fast. There seems to exist an unwritten rule in his department since former U.S. Secretary of State Cordell Hull started working on the creation of Israel after 32nd U.S. President Franklin D. Roosevelt returned from the Yalta Conference in Feb. 12, 1945. He was exhausted and was no longer strong enough to stand, even with the support of braces, but he was energized with the custody of the Western world the British had pushed into his hands.

I’ll come back to Price and the rule he was quick to learn shortly. Let’s continue with this brief historical detour.

Roosevelt would not see the creation of Israel. It took three more years and 33rd U.S. President Harry S. Truman and his secretary of state, George C. Marshall, had the honor of receiving the ark representing the new "Jewish state."

Actually, the British paved the way for it 30 years earlier with the Balfour Declaration, promising a Jewish national home in Palestine, but Roosevelt had been busy dismembering the Ottoman Empire and for that job, he needed the Arabs.

In 1945, Roosevelt assured the Ottoman Arabs that the U.S. would not intervene without consulting both the Jews and the Arabs in that region. Soon after Truman took office, the Ottoman state was dissolved into 16 new countries.

The new president appointed a special Cabinet representative to oversee the creation of Israel. Henry F. Grady, an assistant U.S. secretary of state, completed discussions with his British counterparts about the future of Palestine and in May 1946, Truman announced his approval of a recommendation to admit 100,000 people into Palestine and in October he publicly declared his support for the creation of a Jewish state.

On May 14, 1948, David Ben-Gurion, the head of the Jewish Agency (the de facto government in the area), proclaimed the establishment of the State of Israel. Truman recognized the new nation on the same day.

Henry Grady, “America’s top diplomatic soldier” and the “Commander of the Cold War,” died in 1957 and so we could not find out his opinion on the largest refugee disaster that he was responsible for designing.

In Palestine, Grady was involved in many Cold War-related disasters. He was embroiled in the oil crisis that eventually led to the overthrow of Iranian Prime Minister Mohammad Mosaddegh and the lack of his thoughts on the Palestinian refugees in his posthumously published memoirs (2009) did not raise many eyebrows.

Probably, Grady and his British partners had thought that Palestine was large enough to provide a home for Jewish immigrants to the holy lands where Muslims, Christians and Jews had been peacefully coexisting for many centuries.

Historians disagree concerning the numbers of massacred victims, but U.S. and British authorities were very well aware that any more Jewish immigrants admitted in the area would not help to create two states, one for Jews, one for Arabs.

We learn from Grady’s memoirs and British documents that some experts objected to the U.S. and British governments saying that before improving the overall security in Palestine, a mass of Jews were admitted to the area.

The Jewish Agency and later the Israeli Defense Forces (IDF) committed raids and massacres in at least 190 Arab villages and farms and more than 50 bombing attacks on Arab convoys and dwellings.

Arabs tried to unite and defend themselves but the feudal Arab tribes were too fractured to unite under one command as Jews did, and they could not unite to create an “Arab State” as the United Nations declared.

As the Arab people tried to have meetings and conferences regarding that “state,” the troops of either Rabin or Dayan raided and killed the participants.

So, the U.N. General Assembly (UNGA) with Resolution 303 in 1949 decided to protect Jerusalem as the capital of the Arab state. It did not happen because the Jewish state had occupied it!

Israel's permanent U.N. representative, Abba Eban, having rejected all six parts of U.N. Resolution 303, took the rostrum and declared all those voting in favor of creating a special status for Jerusalem to be anti-Semitic.

Not anti-Zionist, not anti-violence and even anti-Israel, but anti-Semitic. The UNGA had at that time 23 Semitic nations: Israel and 22 Arab countries!

Forget about the racial naming conventions, etc. As soon as you say something against the ideas expressed or actions taken by Israel, the formula is simple: You say this because you are anti-Semitic. Even if your racial or ethnic background makes you Semitic, you are being anti-Semitic.

This brings us back to Price and his fast learning capabilities. Price started his new life at the State Department with a false step, if you remember.

He loves to nitpick Turkey. It seems that global press summaries from all over the world are being perused by his staff, but he himself reads the reports from Turkey.

A Turkish minister criticizes student demonstrations at a Turkish university for disturbing classes and the management of the school, and the spokesperson of the U.S. State Department reacts by saying that the Turkish government is engaging in discrimination against LGBTQ+ persons in the country. Turkish reporters asked his office what part of the minister’s statement he found offensive; he was not courteous enough to respond.

Mr. Price was at it again. President Recep Tayyip Erdoğan mentioned that U.S. President Joe Biden was "writing history with bloody hands" after the U.S. approved a sale of weapons to Israel, he denounced Austria for flying the Israeli flag in solidarity and criticized Western governments for their lack of response to the violence against Palestinians. Mr. Price, following rule No. 1, said his government strongly condemned Erdoğan’s speech on the Jewish people as anti-Semitic.

O brother Ned! Erdoğan was not talking about the Jewish people. He was speaking about your president and the Austrian prime minister. He was asking the U.N. Security Council (UNSC) to take steps to ensure peace in Jerusalem in line with the decisions of the UNGA.

He accused those who remain silent or openly back Israel's bloodshed that they should know one day it will be their turn to be the victim of violence.

As usual, Mr. Price was not specific about the content of the speech that he found anti-Semitic.

“We urge President Erdoğan and other Turkish leaders to refrain from incendiary remarks,” he said, forgetting that his government’s $735 million weapons sale to Israel has been prolonging the violence.

This time, it was not the Erdoğan administration but Turkey’s Jewish community that pushed Price’s words back at him, saying that Erdoğan has always been constructive, supportive and encouraging toward them.

On the community’s social media page, the organization responded that “while tragedies in the region are deeply saddening, and global rise of anti-Semitism unacceptable, it is unfair and reprehensible to imply that President Erdoğan is anti-Semitic.”

While tragedies in the region are deeply saddening - & global rise of anti semitisim is unacceptable- it is unfair & reprehensible to imply that President Erdogan - @tcbestepe - is antisemitic. On the contrary, he has always been constructive, supportive & encouraging towards us. https://t.co/XMfV5bXicb pic.twitter.com/CBAIX0lSvo

Price should be embarrassed when that easy-to-affix anti-Semitism epithet is stamped on his government’s forehead for conditioning aid to leave the Palestinians alone by Israeli Prime Minister Benjamin Netanyahu.

Even American journalist Geraldo Rivera calls the U.S. "complicit" in Netanyahu’s crimes against humanity. Rivera said bombs that the U.S. sold to Israel are now killing Palestinian children. Is he also anti-Semitic?

Matan Vasserman and Arik Bender of Maariv newspaper purport this about Netanyahu: “In his eyes, all tools are kosher, even if the price is high.”

The people in Israel see clearly that the untimely evictions of 28 families in East Jerusalem's Sheikh Jarrah neighborhood that resulted in the murder of 32 Arabs were a complot to make the Yesh Atid Chairman Yair Lapid mandate expire and push for yet another election in the country.

The Jerusalem Post talked to a senior political adviser in Netanyahu's right-wing Likud party who said: “Netanyahu doesn’t have a real desire to eradicate Hamas. He is leaving the relations between Arab Israelis and the Jews in ruins. Netanyahu is galloping toward a fifth election and taking the country hostage.”

Israel is slowly becoming a failed state as described by political scientists. Netanyahu will drag with it the U.S. unless Biden starts listening.