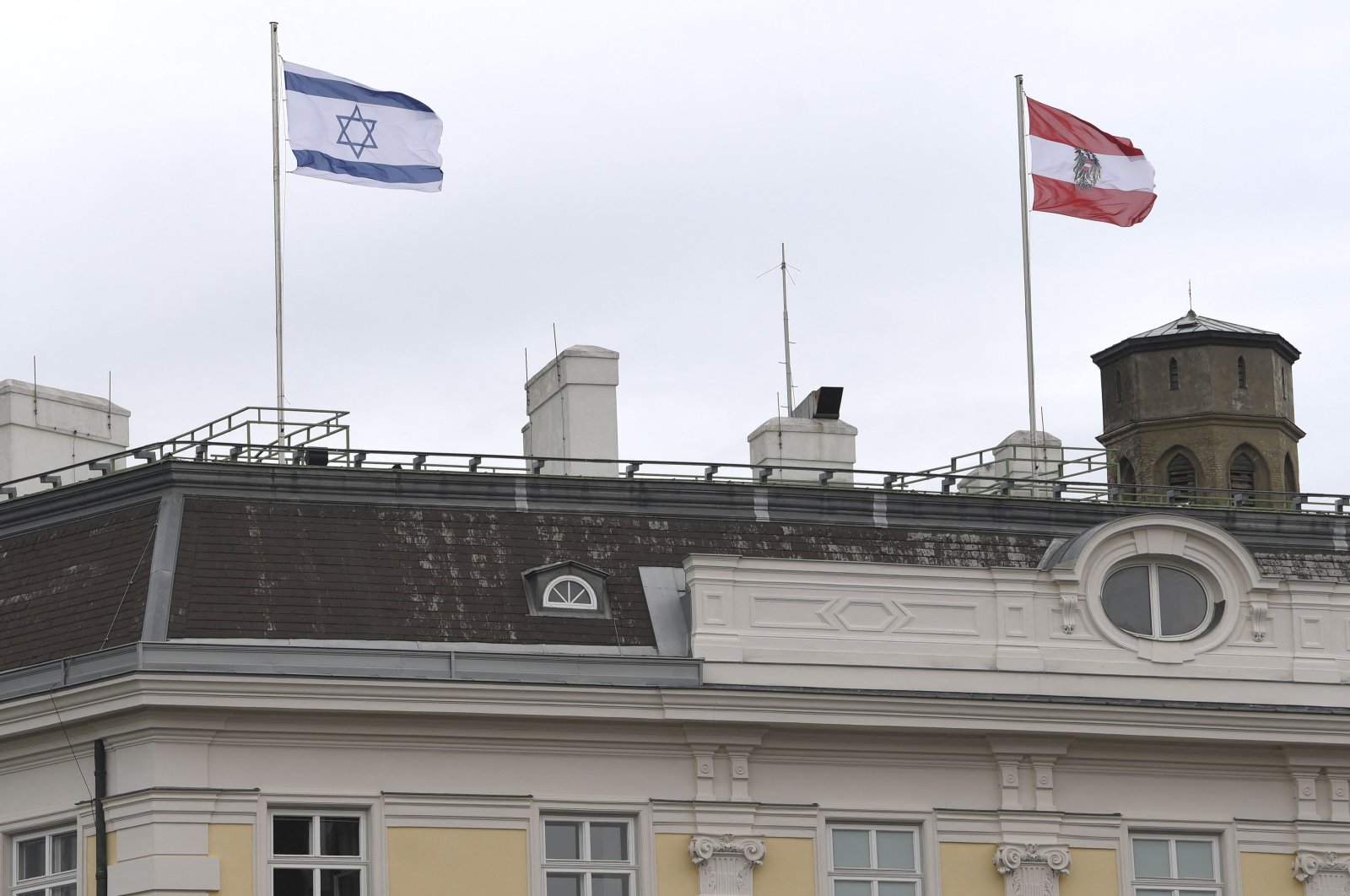 The "neutral" state of Austria openly expressed its support for Tel Aviv on Friday as an Israeli flag was hoisted to the Austrian chancellery building in Vienna as a symbol of solidarity. The controversial move comes after dozens of Palestinian civilians and worshippers were killed and injured by Israeli attacks over the past few days.

Chancellor Sebastian Kurz said in a tweet that the hoisting of the flag on the roof of the Federal Chancellery was "a sign of solidarity with Israel," adding that attacks targeting Israel should be strongly condemned. The Austrian chancellor was referring to the rocket attacks launched by Palestinian resistance group Hamas, which killed at least eight Israelis.

However, nearly 120 Palestinians, mostly civilians, have been killed in recent Israeli strikes, in addition to hundreds of injured. Among the deceased 28 were children.

"Nothing justifies the more than 1,000 rockets that Hamas and other terrorist groups have fired up to now at Israel from Gaza," said Foreign Minister Alexander Schallenberg, adding they strongly support Israel's security.

The recent violence was sparked by attacks of far-right Israelis, settlers and soldiers targeting Palestinians protesting unlawful evictions in the Sheikh Jarrah neighborhood in occupied East Jerusalem. As the outcry grew, Palestinians and worshippers in the Haram al-Sharif complex housing the Al-Aqsa Mosque, known to Jews as Temple Mount, were attacked by Israeli soldiers and radicals. The attacks on Islam's third holiest site coincided with the Islamic holy month of Ramadan. Additionally, Palestinians and Israeli Arabs have been subjected the decadeslong occupation, violence and discrimination by Israel on a systemic scale, earning Tel Aviv the title "apartheid state."

The Austrian leadership remained silent throughout this period marked by gross human rights violations against Palestinians. Following the chancellor's tweet, many social media users criticized their biased stance in the conflict, while others reminded that Austria was a neutral state by its constitution and should have been acting accordingly.

Turkish Presidential Spokesperson Ibrahim Kalın was one of the first officials to react to Kurz's tweet.

Calling the tweet "the point where the mind, conscience and humanity go silent", Kalın said the more people acted like Kurz and Austria, the more reckless Israel will be in its attacks.

"I hope the rational and conscientious people of Austria and Europe react to this kind of politics," he said on Twitter.

The move to hoist the Israeli flag came a day after thousands of people took to the streets of Vienna on Thursday to protest recent Israeli aggression and attacks against Palestinians. While the protests were largely peaceful, some protesters were reported to have chanted anti-Semitic slogans and slurs, leading to public criticism and call to action.

An ardent opponent of Turkey's accession to the EU, Kurz, the 34-year-old leader of the center-right Austrian People's Party (OVP), formed his first coalition with the far-right and anti-Islam Freedom Party (FPO) back in Dec. 2017, drawing the ire of moderates in Austria and the rest of Europe. His tenure was marked by discriminatory policies and rhetoric targeting Muslims, which make up nearly 10% of the Austrian population. People of Turkish descent, numbering nearly half a million, make up the largest ethnic group in the country after Austrians, and their well-being has become a constant source of tensions between the Kurz government and Ankara.

In neighboring Germany, which also houses a large Muslim and Turkish population, similar protests were held in various cities with few disturbances. However, crowds also targeted a synagogue in the western city of Gelsenkirchen, drawing the ire of the German government, which condemned anti-Semitic attacks and slurs by protesters.

France, another country in hot water over the rising far-right and anti-Islam rhetoric, outright banned any rallies to support Palestinians.

In 2000, when the far-right FPO, a party founded by former Nazis, joined the coalition government, Israel recalled its ambassador from Vienna in protest. It took three years for ties to return to normal.

When Kurz took charge of a new coalition government with the FPO in Dec. 2017, he made improving relations with Israel a priority. However, Israel refused to have any contact with ministers from the far-right.

Upon the formation of a new government in March, Israeli President Reuven Rivlin paid an official visit to Vienna, which houses a major U.N. site and is currently hosting international negotiations to try to salvage the Iran nuclear agreement.

Separately, Kurz is currently facing a corruption probe over his alleged false statements to a parliamentary commission that was probing the so-called "Ibiza affair" concerning his former coalition partner the Freedom Party of Austria (FPO).

Kurz told lawmakers Wednesday that the investigation by the Prosecutor’s Office for Economic Affairs and Corruption is centered on statements he gave during a parliamentary probe focused on his coalition partner party's leader, which triggered the collapse of his previous government in 2019.

Kurz suggested the probe would likely lead to a criminal charge and that he would comply with questioning should the case go before a judge, Austria's APA news agency reported. He said he had no thoughts of resigning.

The parliamentary commission had been investigating the so-called Ibiza affair, which led to the downfall of then-vice chancellor Heinz-Christian Strache. It came after a video surfaced showing Strache appearing to offer favors to a purported Russian investor in return for her supporting his far-right Freedom Party. It was allegedly recorded on the Spanish island of Ibiza shortly before Austria’s 2017 election.

Following the government's collapse, new elections were held and Kurz was re-elected, this time forming a coalition with the Greens. Kurz said in his statements to the parliamentary commission that he "always tried” to answer questions truthfully to the best of his ability but that many were about things that had happened "on the peripheries” years earlier. He said he had only just learned of the anti-corruption investigation and had not yet talked with the prosecutor's office. Kurz's chief of staff, Bernhard Bonelli, is also under investigation, the chancellor said.