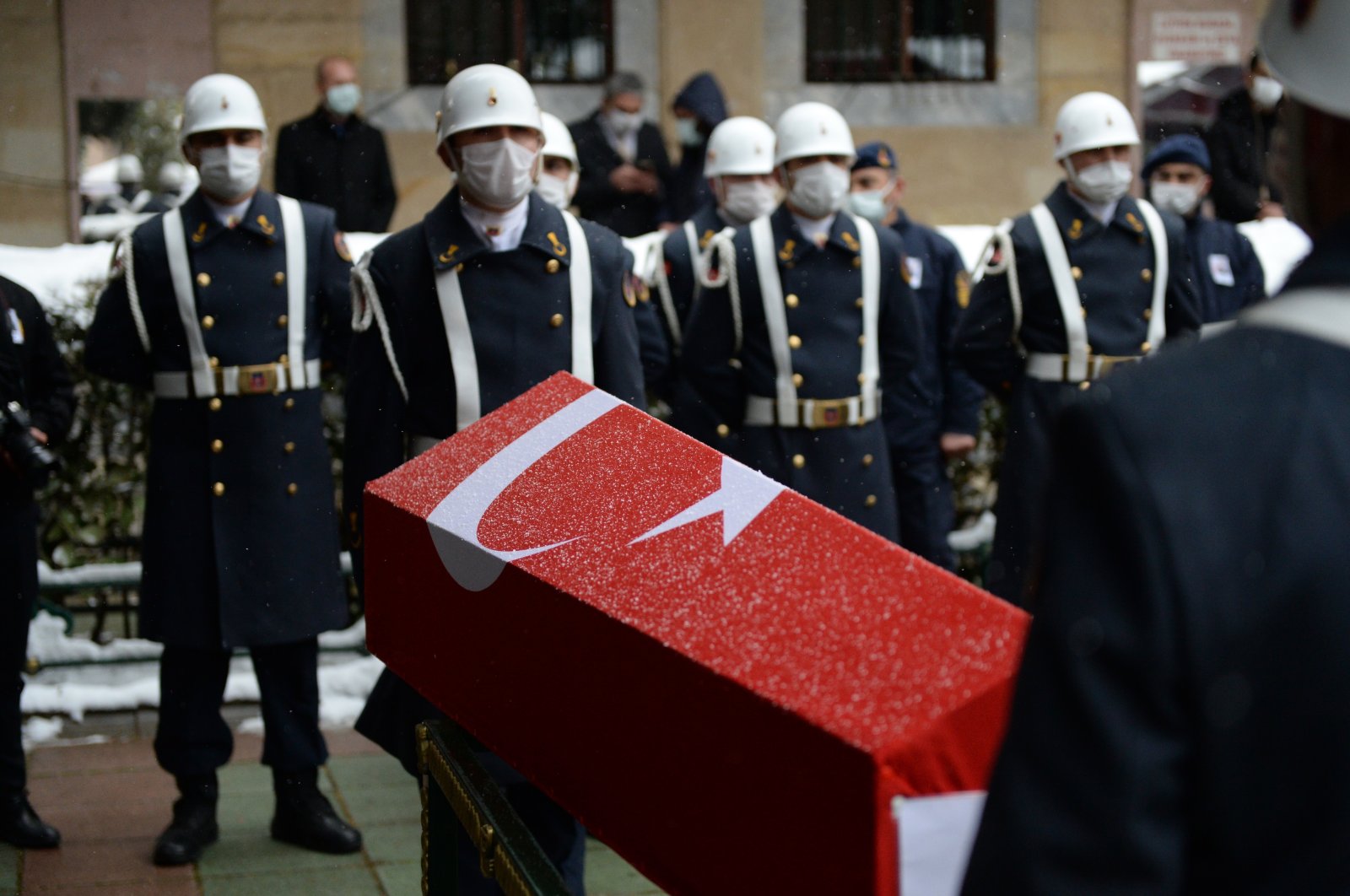 This is not the kind of pain to which the Turkish people are not accustomed. Turkey has repeatedly been the target of terrorism, including attacks on civilians and security forces, by the PKK, Daesh and others.

Necmettin Yılmaz, a teacher executed by PKK terrorists in July 2017, is still fresh in peoples' minds. Just a month before that the entire nation mourned the death of Aybüke Yalçın, a 22-year-old music teacher, killed in a PKK attack. The fact that Aybüke was a promising, young, cheerful woman only worsened the collective pain.

The 1994 killing of ten teachers in Erzurum and Tunceli by PKK militants is also still remembered even 27 years on.

So is the violent mob that took to the streets in 2014 on the PKK's orders, killing 31 innocent people.

The 2008 bombing in Güngören, Istanbul, where 18 people, including five children, lost their lives hasn't been forgotten.

Nor the murder of six young women in Siirt, who were just driving around having fun, killed by PKK terrorists.

While the March 2016 bombing in Ankara, which resulted in 36 civilian casualties – the textbook definition of a massacre – will be difficult to erase from public memory.

A complete list of PKK attacks against innocent and unarmed civilians would not fit in today’s newspaper, let alone this column. But I would like to provide just one more example – the story of a young boy whose death will be remembered forever.

Eren Bülbül, a 16-year-old boy, was murdered in cold blood by PKK terrorists in his native village in Trabzon. Shortly before that day, the teenager had confided on Twitter that “nobody ever comes up to me and says they are glad I am around.” That tragic message, composed by the slain football-loving boy became a symbol of Turkey’s fight against terrorism.

I mentioned those past attacks to underline that Turkish people have witnessed numerous acts of terrorism by the PKK targeting the civilian population. Still, no matter how thick our skins have grown over the years, the execution of 13 innocent and unarmed people in a cave comes as a shock.

Defense Minister Hulusi Akar made a devastating statement on Saturday night. In summary: The terrorist organization PKK kidnapped 13 members of Turkey's security forces, soldiers and police officers, from various locations in Turkey in 2015 – prior to the counterterror operations within Turkish borders and in neighboring Syria and Iraq.

The abductees included a private, who was due to return home after completing his military service, and a police officer on a trip. The 13 individuals endured an onslaught of psychological and physical torture over the last six years. The terrorists constantly moved the captured security forces to different locations, using caves as PKK prisons.

Turkey has been trying to rescue the citizens for a long time, with Turkish officials attempting to gather information on their health and whereabouts. Working in cooperation with local authorities in northern Iraq, Turkey hoped to secure their release.

In recent months, Turkey obtained credible, actionable intelligence that established that the 13 hostages were being held in a cave on Mt. Gara. Built next to the mountain and surrounded by steep hills on either side, the impromptu prison had three entrances, nine rooms and seven iron gates.

In the end, the Turkish authorities decided to conduct a surgical operation to rescue the captive citizens with the help of the Special Forces. A model of the cave in northern Iraq was built for training purposes. Once the preparation was complete, Turkish special forces launched their operation at 2:55 a.m. on Wednesday, Feb. 10. Helicopters dropped elite military units to multiple locations across a large area, 75 kilometers long and 25 kilometers wide (46.6 miles long and 15.53 miles wide). Over the next three days, the Turkish troops killed 40 terrorists and approached the prison complex. On the fourth day, they captured a terrorist as he attempted to escape, and learned that there were 8 more terrorists inside the cave. The 13 Turkish citizens, they were told, had been executed. Based on that information, the Special Forces stormed the prison and shot dead all the terrorists who refused to surrender.

The execution of 13 unarmed prisoners by members of PKK, a designated terrorist organization, caused outrage in Turkey. One would naturally assume that Turkey’s NATO allies would express solidarity under such circumstances.

Instead, the U.S. Department of State stated that Washington would condemn the massacre “if reports of the death of Turkish civilians ... are confirmed.” In other words, the statement suggested that the Americans, unconvinced by Turkey’s official statements, were influenced by PKK’s desperate attempts to whitewash itself.

Judging by the U.S. Department of State Spokesperson Ned Price’s statement, one could have easily assumed that the PKK had no history of killing civilians. The United States, one may have thought, had never even heard of the terrorist entity.

That statement was a grave mistake by the United States. Washington effectively contributed to the PKK's propaganda efforts, which the U.S. considers a terrorist organization, instead of paying attention to the official statement of a key NATO ally.

Fortunately, in light of Ankara’s harsh response, U.S. policymakers with more common sense stepped in to issue an additional statement, whereby the PKK’s involvement was confirmed.

Here’s the bottom line: If the United States cannot act like an ally, even in the face of such a heinous crime, and stand with Turkey and the Turkish people, it is only safe to assume that the bilateral relationship will face more serious challenges down the road.