Turkey and Egypt testing the waters 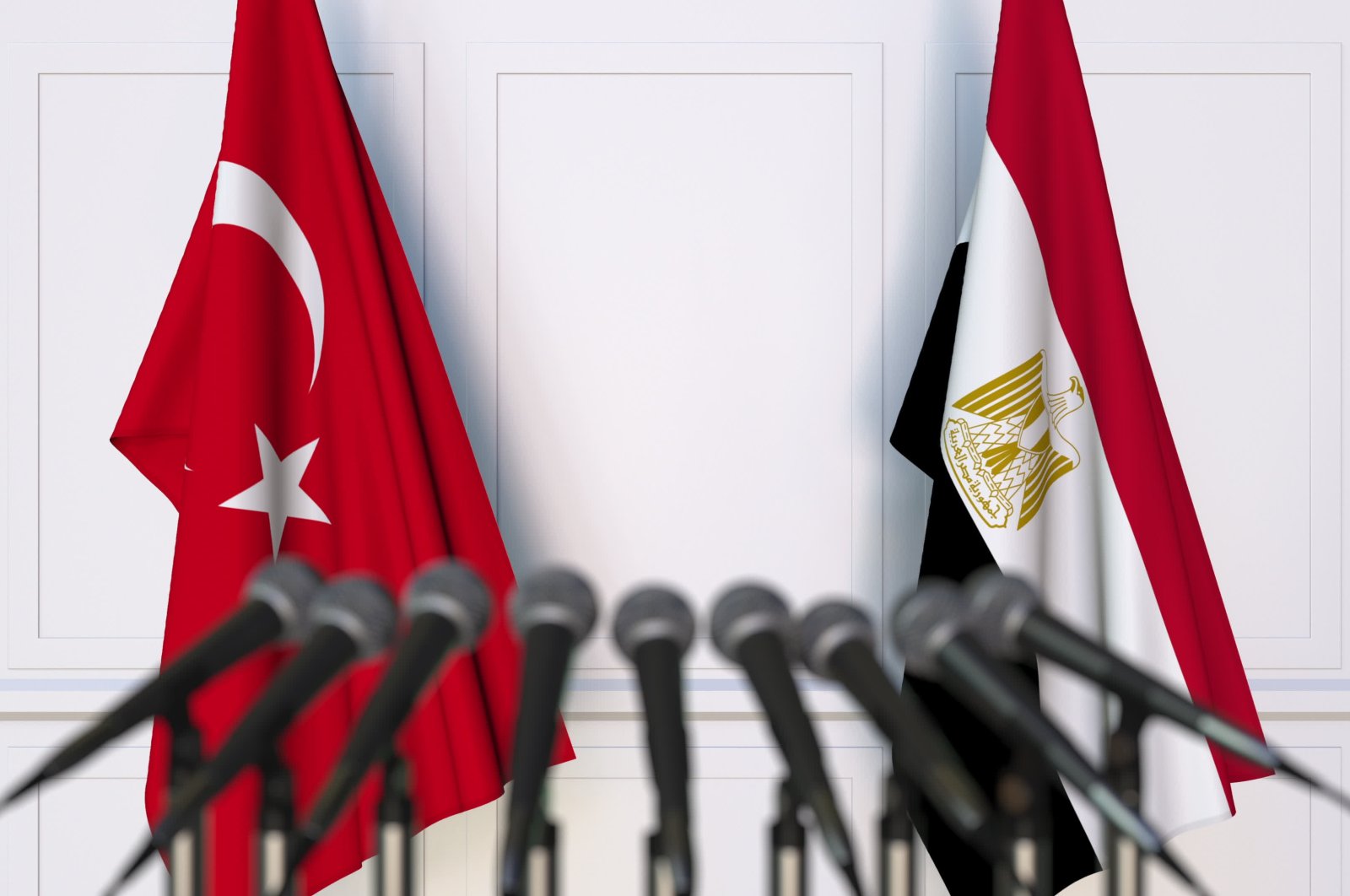 The flags of Turkey and Egypt are seen in front of microphones in this photo. (Photo by Shutterstock)
by Hilal Kaplan Apr 23, 2021 12:05 am
RECOMMENDED

The Egyptian government recently released dozens of Muslim Brotherhood prisoners. Although it is said to be unrelated to the opening up of communication channels between Ankara and Cairo, the act is rather meaningful in terms of timing.

Egypt, which once supported Libya’s putschist Gen. Khalifa Haftar’s forces and even threatened to intervene in the country, has finally accepted the dynamics on the ground.

Egypt’s rapprochement with Turkey will work in favor of its interests in the Eastern Mediterranean. According to the maritime jurisdiction agreement that Egypt signed with Greece, Egypt was the losing party to a larger extent.

However, a potential Turkey-Egypt maritime jurisdiction agreement would provide the latter with much more sea area (approximately 11,000 square kilometers or 4247 square miles) than it gained through the agreement with Greece. This corresponds to an area larger than the size of the island of Cyprus.

Foreign Minister Mevlüt Çavuşoğlu declared that for the first time in eight years, a delegation from Turkey will head to Cairo in early May for talks upon Egypt's invitation.

Moreover, Çavuşoğlu added that he will meet with his Egyptian counterpart Sameh Shoukry and discuss the issue of bilateral ambassador appointments.

A Turkey-Egypt Friendship Group has also been reestablished at the Turkish Parliament.

When Turkey sent troops to Libya in January 2020 at the invitation of its United Nations-supported Government of the National Accord (GNA), no one, except President Recep Tayyip Erdoğan, predicted that the dynamics on the ground would transform within such a short period.

Haftar was supported by powerhouses like Russia and France, as well as significant countries in the region such as the United Arab Emirates (UAE) and Egypt. However, Turkey managed to change the balance at the table in favor of itself and Libya.

In summary, Turkey and Egypt are testing the waters in the Eastern Mediterranean and Israel is likely to be next.