What does Iran want in the South Caucasus? 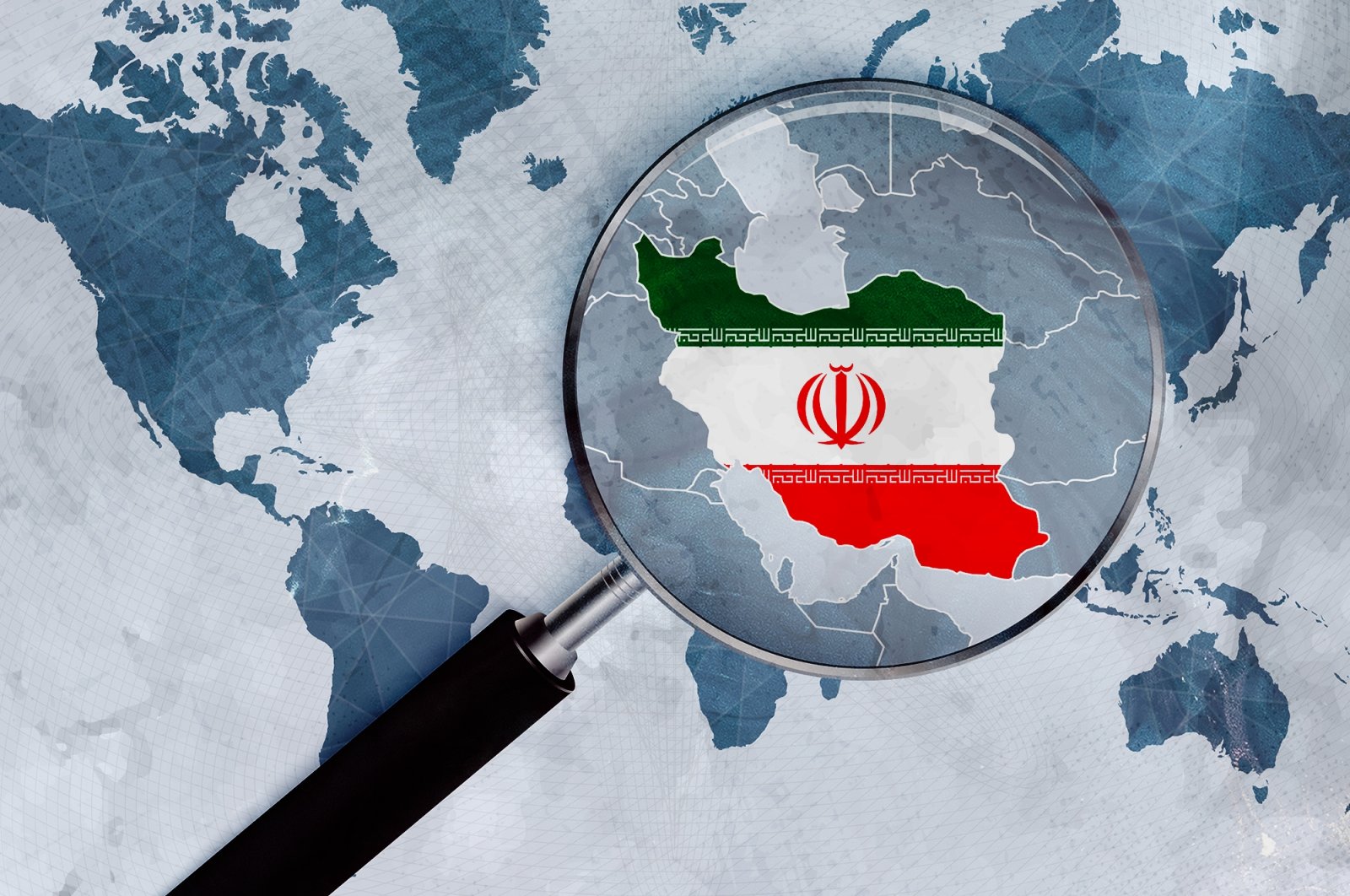 An illustration shows a magnifying glass zooming in on the flag of the Islamic Republic of Iran depicted in the shape of the country on a world map. (Photo by Shutterstock)
by Muhittin Ataman
Oct 13, 2021 12:05 am

With its regional mindset and strategy, there is now a way for Tehran to be productive in the South Caucasus

Iran held last week a large military drill on its border with Azerbaijan, in an apparent show of force amid tensions with its neighbor. Azerbaijan's President Ilham Aliyev pointed out that this was the first Irani military drill near the borders of his country. He criticized Tehran for the dubious timing which coincided with the first anniversary of Baku's victory in the Second Nagorno-Karabakh War.

The immediate development that triggered further tension was Azerbaijan's decision to impose road and customs taxes on Iranian trucks, and the detention of two Iranian truckers, carrying cement and other materials to Armenia and Nagorno-Karabakh through Azerbaijani territories.

Iran has been providing assistance to the Nagorno-Karabakh region, an Azerbaijani territory under Armenian occupation, thus contributing to its continuation. The new duties imposed by Azerbaijan brought the number of Iranian trucks carrying cargo to Armenia down to zero.

According to Iranian officials, there are two key reason's behind holding the military drill in northern Iran near Azerbaijan. First is the presence of Israel in Azerbaijan. Iranian authorities repeatedly said they have serious concerns about Israel’s presence in the region. Second is the presence of terrorists in the neighboring country. They indirectly blame Turkey and Azerbaijan for using Daesh militants against Armenia during the Second Karabakh War. Thus, they want to delegitimize the Azerbaijani victory and mobilize the Western world against these two countries.

At first look, Azerbaijan’s close relationship with Israel is one of the primary concerns for Iran. However, the issue is more complicated than it seems. Although Azerbaijan buys weapons from and has close relations with Israel, it does not have a diplomatic mission in Tel Aviv. Israel’s collaboration with Azerbaijan is not welcome by Iran, that is, the real problem is not simply the Israeli presence, but Azerbaijan’s consolidation of its power vis-a-vis Armenia.

Iranian officials, however, ignore Armenia’s close relations with Israel. Armenia has close, full diplomatic relations with the Jewish state. Therefore, diplomacy and commerce with Israel cannot be the only reason for Iran’s antagonistic behavior toward Azerbaijan.

When investigated closely, there are other reasons for Iran’s provocative move and its escalation of tensions in the South Caucasus. As a matter of fact, the main reason is Azerbaijan's military victory in the Second Nagorno-Karabakh War, an important milestone in the history of the region.

It is clear to observers that Iran, a close associate of Armenia, is among the net losers of the war. The post-war developments have made Iran concerned about future developments. Therefore, we need to look at the main conclusions of the war and their implications for Iranian policies.

First, Iranian regional strategy collapsed after the liberation of Azerbaijani lands from Armenian occupation, since the former had been investing in Armenia for the last three decades. Under the new conditions, it is difficult for Iran to provide assistance to Armenia and create a regional balance against Azerbaijani and Turkish interests.

Iranian officials declared that they will not accept the new conditions in the region. For instance, Iran’s new Foreign Minister Hossein Amirabdollahian pointed out that Iran “will not tolerate geopolitical change and map change in the Caucasus.” It is obvious that Iran does not want to recognize the new regional balances, at a time when even Armenia has been calling for normalization in the region. It seems that Iran has lost more than Armenia in the South Caucasus.

Third, Iranian officials consider the opening of the Zangezur Corridor, which will connect the Nakhchivan region with mainland Azerbaijan, as a detrimental development for Iran. The corridor will alternatively make a great contribution to Azerbaijan, since Turkey will now have a direct communication link with its kin states in Central Asia. In other words, Turkey will no longer be dependent on Iranian territory to reach the Central Asian republics. Therefore, Iran strongly rejects the opening of this corridor, which will provide a strategic advantage to both Azerbaijan and Turkey.

Fourth, after the clear Azerbaijani military victory with Turkish help, Turkey has become one of the main actors in the region. The regional balance of power has changed in favor of Ankara and the new conditions have consolidated a strong Turkish military presence in the region. Other regional states such as Ukraine and the Central Asian countries have begun to intensify their cooperation with Turkey. Despite Turkey’s inclusive policy toward the region, Iranian authorities consider the increased Turkish presence there as damaging to Iranian interests in the mid- and long-term and thus a detrimental development.

Fifth, the Iranian authorities also interpret the most recent developments in regional geopolitics, such as the unexpected American withdrawal from Afghanistan and the ascent of the Taliban regime against their interests.

Sixth, under the new conditions, Armenia has understood that the current regional status quo is not sustainable, ultimately causing its officials, including Prime Minister Nikol Pashinian, to call for the normalization of relations with Turkey and Azerbaijan. As an indication of this easing of the tension, Azerbaijan and Armenia have decided to use each other's airspace for civilian flights. Iran seems fazed by a possible Azerbaijani-Armenian rapprochement and diplomatic normalization in the region which may bring political stability and economic wealth to the South Caucasus. Iran is determined to thrive on conflict in the South Caucasus, as it does in the Middle East.

Although Turkey does not want to isolate Iran in the region, Iran plays a zero-sum game with Turkey. President Recep Tayyip Erdoğan repeatedly said they are ready to create a six-nation regional platform comprising Turkey, Russia, Iran, Azerbaijan, Armenia and Georgia in the South Caucasus.

Turkey proposes a win-win initiative for all regional actors and believes that permanent peace and political stability can be best achieved through mutual security cooperation among all regional states. All in all, Iran has to change its confrontational mindset toward regional issues and its neighboring states. Otherwise, its conflict-driven strategy will be counterproductive.