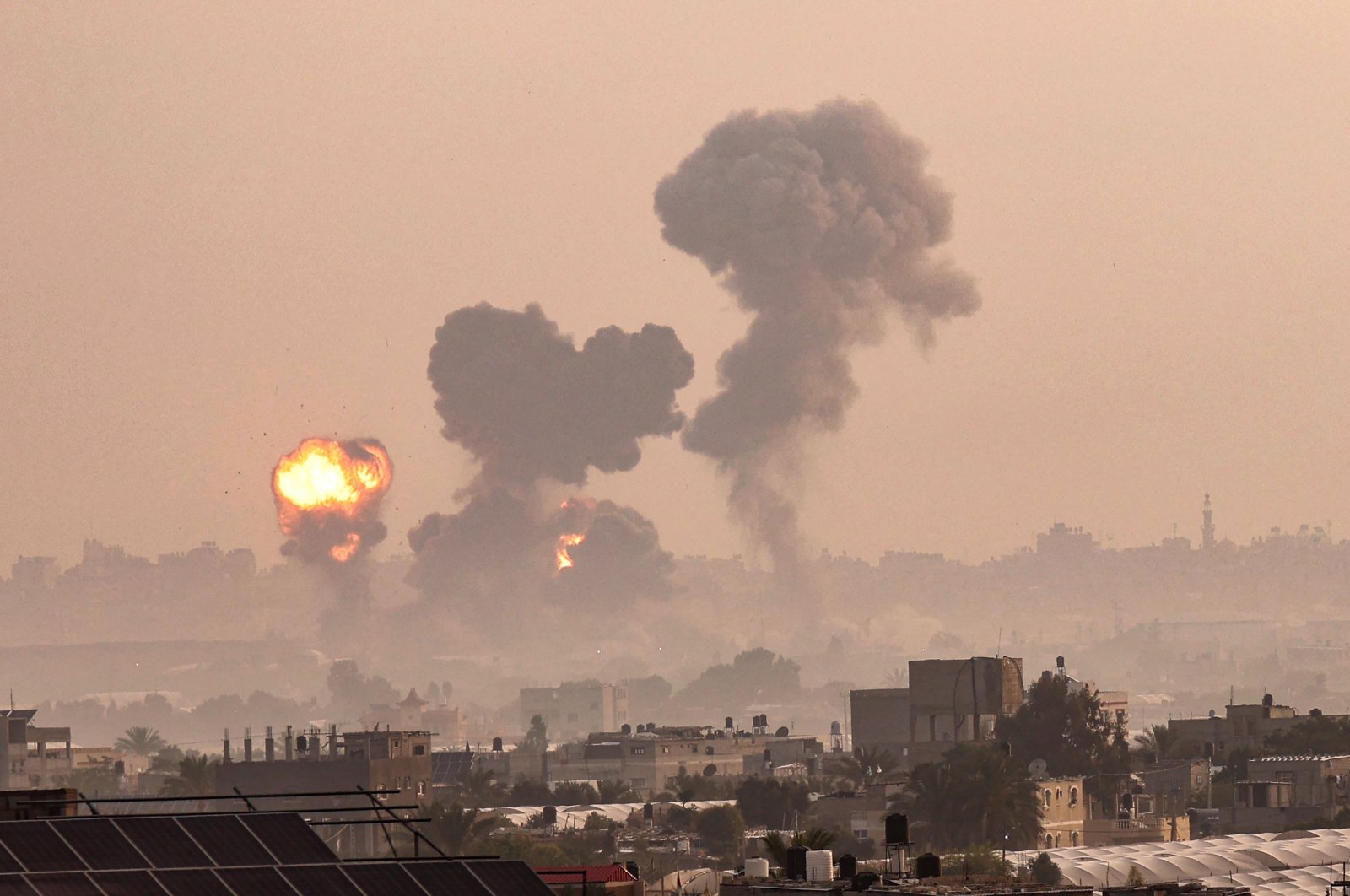 The tension in East Jerusalem was high throughout the holy month of Ramadan as anger mounted over the threatened eviction of Palestinian families from their homes in the Shaikh Jarrah neighborhood, claimed illegally by Jewish settlers.

Tensions and clashes boiled over when Israeli forces brutally stormed and assaulted worshippers in the blessed Al-Aqsa Mosque and its courtyards in preparation for the annual Israeli celebration of the capture of the eastern part of the city during the Six-Day War in 1967. Those celebrations included a flag march in the Old City – an action that led to the worst violence in Jerusalem for years.

The Al-Aqsa Mosque, Islam's third holiest site, is located on a hilltop complex known by Muslims as the Haram al-Sharif (Noble Sanctuary).

Jerusalem, with its sacred sites, remains the most sensitive place of all in the decades-old Israeli-Palestinian conflict.

Despite the growing international calls for calm, more fuel was poured on an already volatile situation as the tense atmosphere was dragged on to an open war between the Gaza Strip and Israel resulting in hundreds of Palestinians killed and injured.

On the other hand, violence in the mixed Jewish-Arab Palestinian towns in Israel flared amid growing anger within the country's Arab-Palestinian minority over Israeli airstrikes on Gaza and Israeli raids on Jerusalem's Al-Aqsa Mosque.

Has the occupying power crossed all red lines into illegality, because it is acting contrary to the fundamental tenets of international law dealing with the laws of occupation?

These questions have become relevant recently in light of the severe and dangerous procedures and policies of the 53-year-old Israeli occupation of the Palestinian territory.

The principal instruments of international humanitarian law including the 1907 Hague Regulations, the 1949 Fourth Geneva Convention and the 1977 Additional Protocol to the Geneva Conventions are silent on this question.

The international community is satisfied with condemnation only, treating the occupier and the occupied as equal rivals.

The occupation has lasted for decades, becoming the longest in modern history. Occupation is by definition a temporary and exceptional situation where the occupying power assumes the role of a de facto administrator of the territory until conditions allow for the return of the territory to the sovereign.

Israel is still administering the occupation, and not in good faith. It is grabbing more lands and annexing more areas with a steady determination not to hand the entire occupied territory back to the Palestinians, thus becoming a legal actor that disguises a de facto colonial exercise and defeats the temporary and exceptional nature that occupations are intended to be.

The Palestinian population in the occupied Palestinian territories, including the occupied and illegally annexed East Jerusalem, continue to endure displacement, dispossession and deprivation in violation of their rights under international humanitarian laws.

With demolitions and evictions, Israel’s goal is to limit development and confine the Palestinian residents of the occupied territories to small enclaves, thus effectively foreclosing any viable, contiguous future Palestinian state and ensuring Israeli control and "Judaization" of the occupied West Bank and East Jerusalem.

It is a clear process of ethnic displacement and "Judaization" – institutionalized policies designed to alter the ethnic, religious, or racial composition of the Palestinians residing in Area C and East Jerusalem.

It is a strategy that resulted in relocating many to Areas A and B, which are nominally under Palestinian Authority (PA) control.

Israel has ramped up its settlement-building activity to some of the highest levels ever seen. It exploited Palestinian natural resources for the benefit of Israel’s economy and encouraged the transfer of Israeli citizens into occupied territory. All point to Israel’s intent to permanently change the status of Palestinian territory and creating a situation not only of displacement but of de facto forced deportation, which is rising to the level of a war crime.

In East Jerusalem, around 350,000 Palestinians are experiencing racial discrimination in many spheres of life and are the subject of a process of ethnic displacement that is the cumulative result of the policies and practices applied to them.

The separation barrier, which Israel said it built for security reasons but 85% of which falls within the West Bank rather than along the Green Line, separates Jerusalem from the West Bank, cuts off many Palestinians from their agricultural lands and isolates more than 11,000 Palestinians who live on the western side of the barrier from travel to Jerusalem. They must cross the barrier to access their own property and other services with special permits, which are often denied by the Israeli authorities.

Today, the situation in East Jerusalem, the occupied Palestinian territories and Gaza Strip are at a critical juncture.

It is safe to say that a more active application of international law norms is urgently needed.

The EU member states have a strong commitment to the observance of international law, on which their ability to uphold the integrity and effectiveness of their own legal order hinges.

They should be at the forefront of efforts to push for Israel’s compliance with international law and further its full withdrawal from Palestinian territory to bring the occupation to an end.

On the other hand, the U.S. should not ignore Israel’s systemic discrimination against Palestinians and must push forward for a just solution ending the illegal Israeli occupation.