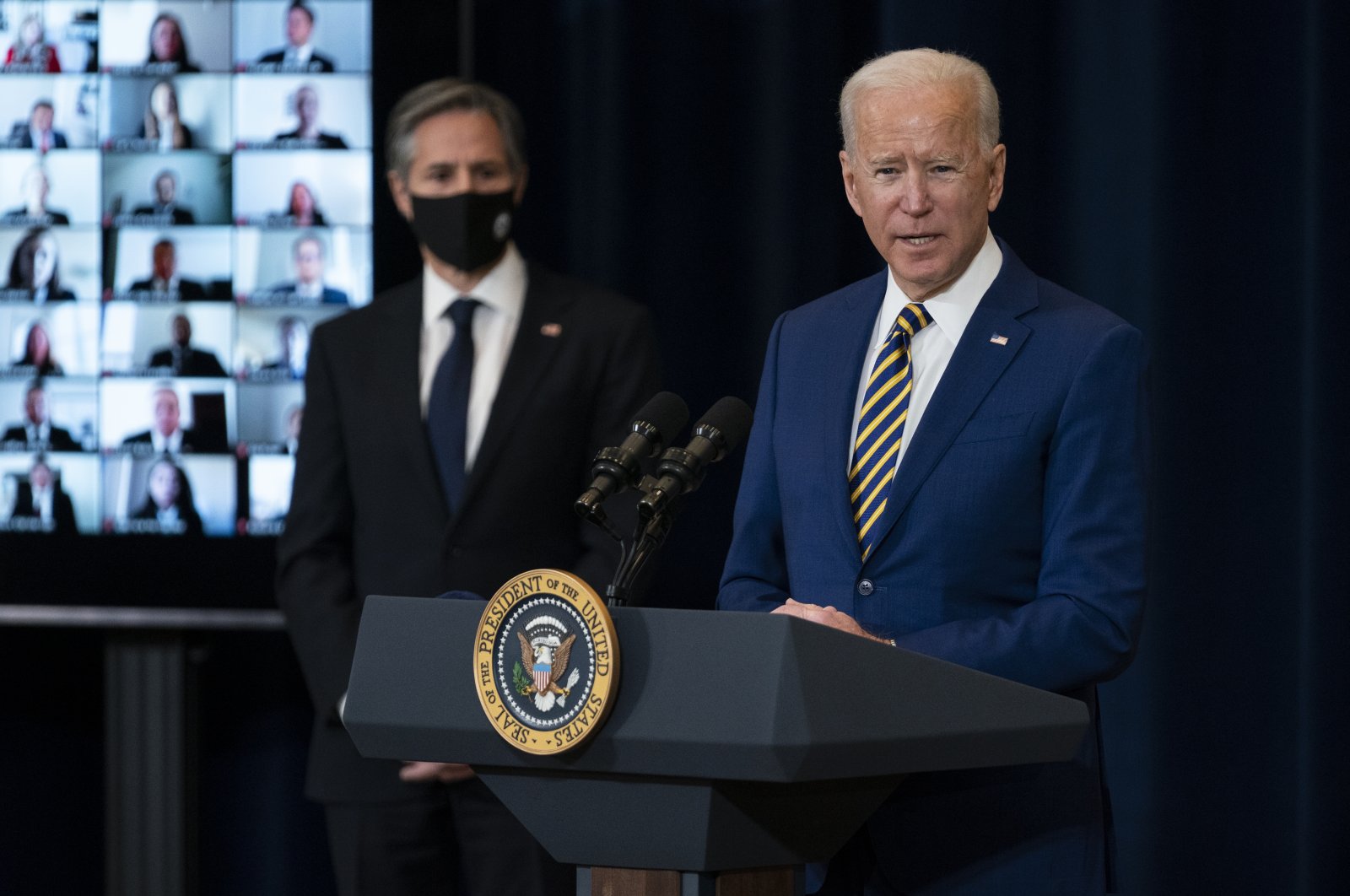 U.S. President Joe Biden recently gave his first address on foreign policy in a symbolic visit to the U.S. State Department. For anyone watching the speech, the message was clear. Biden acknowledged that the United States had receded from the global stage and that former U.S. President Donald Trump was to blame. While his speech did little in outlining policy – except for proclaiming an end to U.S. support for the Saudi campaign in Yemen – it summed up the gloomy mood in the Biden White House.

The administration feels that the U.S. has been left out of the fold, and Biden seems desperate to get back in. His administration’s renewed interest in the conflict in Libya and his hope to return to some rendition of the Joint Comprehensive Plan of Action (JCPOA) with Iran should be seen as part of this bid to reclaim the lost mantle of leadership. Biden is unmistakably gearing up for a more proactive role in the region’s conflicts.

Biden, however, faces an uphill battle in redesigning the U.S. approach to the Middle East. The U.S. has avoided the region for so long that re-engagement will be a prolonged and difficult affair and might never even produce the results that Washington hopes to see.

Difficulties are already emerging. Iran, which was heavily targeted by the former administration, is not inclined to return to compliance with the JCPOA. On both ends of the agreement, the once present understanding seems to have been rendered null and void. A lack of trust is present in both Tehran and Washington.

In Libya, Biden faces a potential debacle. For all his commitment to strengthening NATO and reviving the trans-Atlantic partnership, Libya has proved to be a strategic quagmire for the alliance. France is openly backing a rouge military insurrection led by putschist Gen. Khalifa Haftar and is engaged in a war of words with Turkey. Italy, another NATO member, is forced to play both sides of the conflicting parties in order to secure crucial economic interests.

The alliance has no clear focus in Libya, with member states instead pursuing distinct and often irreconcilable agendas. This runs the risk of bringing the conflict under closer European Union scrutiny, which would further diminish the U.S.'s ability to respond to global crises. It appears that Libya too has drifted past the orbit of waning American global influence.

Renewed U.S. engagement with Turkey can reverse some of these trends. On both accounts, the U.S. would do well to enlist Turkey’s existing strategic expertise. Turkey has much to offer to Washington.

Ankara and Tehran, despite the persistence of radically different philosophies on the region’s conflicts, have found a way to construct meaningful dialogue.

In Libya, Turkey is involved in a comprehensive military capacity-building mission on behalf of the Government of National Accord (GNA).

Recently, the Biden administration made its first overtures to Turkey. U.S. national security adviser Jake Sullivan and presidential spokesperson Ibrahim Kalın held a phone call to discuss some of the above-mentioned topics.

This is the first step. More senior-level contact from the Biden administration, which is sure to follow, can see a renewed regional dialogue materialize. If the president is serious about multilateralism as an ailment for regional conflicts, then Turkey must be consulted.

Returning to the JCPOA was one of Biden’s earlier foreign policy promises. Every single commentary that ran on Biden’s potential foreign policy priorities included a reference to Iran. Yet now with Biden at the helm, the impetus for a return to the JCPOA seems to be lost. Both sides are fatigued by the impact of the Trump years.

While it was under Biden’s tenure as vice president that the JCPOA had been negotiated, Trump’s “maximum pressure” campaign on Tehran has created a new de facto reality. Iranians no longer seem to be interested in complying with the previous agreement unless they see Washington take the first step, which in the current conjuncture is quite unlikely.

On the other hand, Turkish-Iranian relations continue to produce results. While Ankara and Tehran often find one another at opposing sides in the region’s conflicts, both parties see that cooperation supersedes conflict. Iranian Foreign Minister Javad Zarif visited the Turkish capital recently and he and his Turkish counterpart, Mevlüt Çavuşoğlu, mulled over a return to the JCPOA.

The line from Ankara to Tehran is open. Biden can capitalize on this. Rather than bringing in the European stakeholders of the JCPOA to negotiate alongside the U.S., why not Turkey? Turkey has been against unilateral sanctions against Iran since day one. Moreover, in tune with U.S. interests, Turkey would rather see that Iran’s nuclear program does not reach fruition.

American officials have talked and talked about consulting regional partners when negotiating a new deal with Iran. What better partner is there to consult than Turkey? Unlike most of America’s allies in the region – which are in open conflict with Tehran in one way or another – Turkey’s relationship with the Iranians is nuanced. Biden should see this to his advantage. Iran’s willingness to listen to Turkey might prove invaluable for Biden.

The U.S. position vis a vis Libya is that it runs the risk of destabilizing the Eastern Mediterranean basin. Last week, Richard Mills, the U.S. acting ambassador to the U.N. called for all “external parties,” which he counted “Russia, Turkey and the United Arab Emirates (UAE),” to end their military involvement in Libya. While the ambassador was correct in mentioning the UAE and Russia, Turkey cannot simply be grouped among these powers. Turkey, unlike all the other parties involved, is in Libya at the behest of the internationally recognized government.

The politics at play at Libya have also laid bare the dismal state that NATO finds itself in, which again weakens the U.S. position. With French President Emmanuel Macron openly treating Turkey as an adversary and joining forces with the likes of Russia and the UAE to prop up Haftar, the U.S. will find a difficult situation to navigate through.

The U.S. position though should be clear. The U.S. cannot throw its weight in with Russian mercenaries and futile French ambitions; rather, it must follow the Turkish example in supporting the GNA.

Again, building on the platform that Turkey already enjoys in Libya, Biden can act to dispel the foreign intervention that plagues the country. Macron might not be so inclined to continue his endeavors if he meets a heavy hand from Washington.

Moreover, Biden has already promised to more effectively counter the Russian interference. And lastly, the UAE would never dare confront the U.S. if a clear stance is communicated.

The U.S. has much to gain from Turkey’s positions in Libya and Iran. Biden thus far has failed to mention Turkey as one of America’s closest allies. He would do well to remember that elevating ties with Ankara is in the U.S. interest.